The makers of the Amazon Prime series "The Last Tycoon" say they seek to make it an authentic representation of F. Scott's Fitzgerald's last, unfinished Hollywood novel, The Love of the Last Tycoon, set and written in the 1930's. But right out of the gate the series demotes its female love interest from a goddess to a waitress. And it erases Fitzgerald's intriguing, possible references to marijuana and the drug experience.

One of the characters in Fitzgerald’s book calls Hollywood “a mining town in lotus land,” a reference to the Land of the Lotus Eaters from Homer’s The Odyssey, where explorers get lost in a drug-induced stupor to forget the horrors of war.

In the novel, Tycoon’s main character, producer Monroe Stahr, first sees his love interest Kathleen Moore floating on a studio-made head of Siva that had become dislodged from a set in an earthquake. To this day, worshippers in India drink bhang (a drink made with cannabis) to celebrate Siva’s the marriage to the goddess Parvati.

That night, cameraman Pete Zavras attempts suicide by diving off an office building on the studio lot. “I knew he’d gone to pot,” says Stahr. When asked why he’d done it on the lot, Zavras replies, “Before the oracle. The solver of the Eleusinian mysteries.” Those were the Greek rites whose attendees worshipped the grain goddess Demeter and took the mind-altering drug kykeon, thought to be related to LSD (derived from ergot, a mold that grows on grain crops).

In the novel, when Stahr goes to Kathleen’s door, she says, “I’m sorry I can’t ask you in. Shall I get my reefer and sit outside?” (A reefer is also the name of a sailor’s coat.) Kathleen is next described sitting at a long white table that “became an altar where the priestess sat alone.” Like the similarly blonde Faye Greener in Nathanael West's The Day of the Locust (also written in 1937), Kathleen personified the mysterious, sacramental and unattainable love object and Stahr worshipped at her altar.

Stahr—who takes Benzedrine, alcohol, and an unnamed medicine from a bottle in the book—meets Kathleen at his house, where he has had a strip of grass brought in from the prop department. Kathleen laughs and asks, “Isn’t that real grass?” Stahr replies, “Oh yes—it’s grass.” The scene is reminiscent of one in Fitzgerald’s 1925 book The Great Gatsby, the first novel about a drug dealer. After Gatsby sends a servant to mow his neighbor Nick’s lawn, Nick tells him, “The grass is fine.” “What grass?” asks Gatsby, before saying, “Oh, the grass in the yard.”

In the made-for-Amazon version there's a head of Siva, but Kathleen doesn't get near it. Instead she meets Stahr as a waitress fetching a sandwich.

In one upside to the series, a woman is revealed to be a better scriptwriter than her husband. Of a scriptwriter on the movie lot, Fitzgerald wrote:

Out the window Rose Meloney watched the trickle streaming toward the commissary. She would have her lunch in her office and knit a few rows while it came. The man was coming at one-fifteen with the French perfume smuggled over the Mexican border. That was no sin—it was like a prohibition.

Who smuggles French perfume over the Mexican border, and calls it a prohibition? Rose is a flower like marijuana, which was called Santa Rosa or Santa Maria in Mexico. Her surname starts with an “M,” like marijuana.

The reference to knitting may have come from Fitz Hugh Ludlow’s 1857 book The Hasheesh Eater, wherein he describes a hashish-induced vision of a crone knit of purple yarn. In Food of the Gods, Terrence McKenna connects the expression “spinning a yarn” to hemp’s dual purpose as a fiber and an intoxicant leading to flights of fancy.

The character called Rose in the Amazon series is no writer, but rather a cheating wife (played by Rosemarie DeWitt, who was a lot better as a pot smoker in Mad Men — until those writers turned her into a hard drug addict). Lily Collins tries as the ambitious Celia, but Theresa Russell was much more interesting in the 1976 movie version of Tycoon that cast Very Important Pothead Robert Mitchum as the studio chief and VIP Jack Nicholson as the labor leader. The best thing about the movie version wasn't De Niro as Monroe but rather Jeanne Moreau as the diva Didi opposite VIP Tony Curtis. Moreau just died at age 89, probably so she could roll in her grave over Jennifer Beals trying to play her role.

Posted by Tokin Woman at 7:33 PM No comments: Links to this post

The Top 24 Greatest Albums Made by Tokin' Women 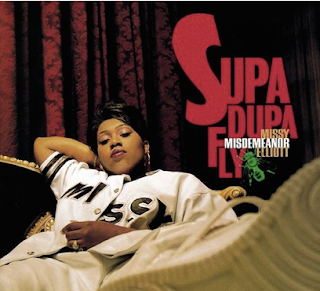 NPR has released a list of The Top 150 Greatest Albums Made by Women, and the righteous group includes many Tokin' Women.

Missy Elliott came in at #5. The rapper reportedly told reporters at a 2005 press conference in Jamaica, "What's up everyone? Sorry if I sound kind of weird, but I just had a Jamaican brownie - some of you might know what I'm talking 'bout."

Madonna had two albums on the list, at #13 & #63. The World's Most Successful Female Musician Ever (if you count money as the measure), Madonna grabbed headlines away from her fellow Rock and Roll Hall of Fame inductees in 2008 by using her acceptance speech to reveal she took ecstasy and smoked grass on her way to the top. 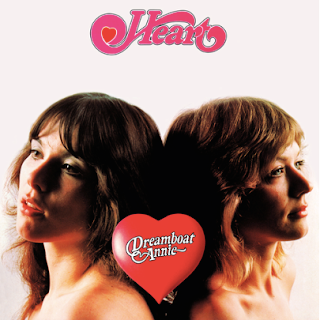 High Times cover girl Ani DiFranco comes in at #25, and Alanis Morisette, who's #29, told the magazine in 2010, "As an artist, there's a sweet jump-starting quality to [marijuana] for me." Queen Latifah, whose new movie Girl's Trip includes pot smoking, is at #33 and at #44 are the Wilson Sisters of Heart. Finishing the top 50 is Hole, featuring Courtney Love.

Jazz great Sarah Vaughan, at #51, was still enjoying marijuana in 1989, when a Jazz Fest organizer in Cleveland followed the scent of marijuana smoke to Vaughan's dressing room, where the star was also enjoying a glass of brandy.  She then walked onstage and gave a magnificent performance. 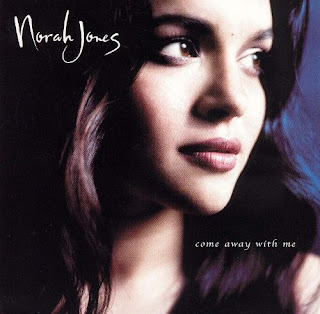 Finally, of #140 NPR writes, "Norah Jones's distinctive voice, laced with a mellow smoke that might have originated at either the cabaret or honky-tonk, was immediately a force to contend with." When Blender magazine asked her in 2007 if she smoked pot, Jones's answer was, "Of course." Asked, "Ever get high with your buddy Willie Nelson?" she responded, "I'm not going near Willie's weed!"

Coming in at a well deserved #1 is Joni Mitchell's Blue. Mitchell famously said, "Grass, it sits you on your ass." That may be true (at times) but it seems the women on this list didn't let that stop them.

Probably there are more women on the list who toke. I mean, Beyoncé and Jay-Z's first child had a marijuana strain named after her in LA dispensaries on the day she was born. Gwen Stefani's lyrics and videos are pretty trippy. Carly Simon's been implicated in a recent biography of she, Mitchell and Carole King—who hasn't admitted but when Stephen Colbert interviewed her, he brought out his Tapestry album (#10 on the list), and demonstrated how people in the 70s used to clean pot on the double cover. And I don't know about Alicia Keys but it was at one of her concerts where the fictional character Steve Carell played on "The Office" got stoned.


Posted by Tokin Woman at 8:10 PM No comments: Links to this post

As I write this I hear that Mitford's grandson James Forman Jr. will appear on NPR's Fresh Air today to talk about his book, "Locking Up Our Own," examining the role played by African-American leaders in creating the era of mass incarceration. And the beat goes on. 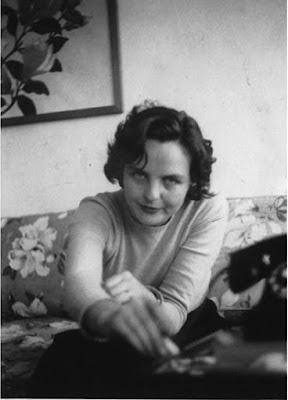 I've long called Jessica Mitford, the muckraking journalist and activist, my heroine for her quote, "Objective? I always have an objective."*

Mitford was one of five well-known daughters born to Lord and Lady Redesdale in Oxfordshire, England who took wildly different paths. Two of her sisters became Nazi sympathizers; Jessica ran off at the age of 19 with her second cousin Esmond Romilly, whom she married and joined chronicling the Spanish Civil War. Romilly died in WWII while flying for the Royal Canadian Air Force, and Jessica married labor lawyer Robert Truehaft and lived in Oakland, CA until her death in 1996.

The couple was eavesdropped on by the same FBI agents who later targeted Mario Savio and student activists in Berkeley. Ronald Reagan got reports on her, and later when Mitford donated eyeglasses to a museum she joked about not putting them near Reagan’s for fear of explosion.

She was good friends with Tokin' Woman Maya Angelou, and helped her husband Bob defend “Negroes” falsely accused of murder and rape, explaining to her mother (“Muv" = Lady Redesdale) in a letter what a “frame up” was and how it was applied to Negroes especially. She also testified at a hearing in front of Sen. Edward Kennedy in DC about drug experiments taking place on California prisoners (“Cheaper than Chimpanzees” was her headline). 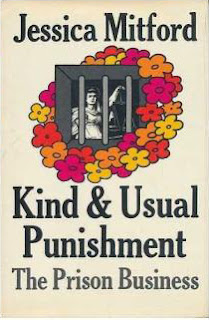 As well as exposing the funeral industry in her famous book The American Way of Death, she wrote an exposé of the US prison system (Kind and Usual Punishment: The Prison Business (1973), in which she reported on the 1967 President's Crime Commission that abolished public drunkenness as a crime and deemed alcoholism a disease. Mitford asked, "While they were at it, why did not  the commissioners take the further steep of proposing repeal of the laws against such victimless crimes as homosexuality, prostitution, adultery, gambling, narcotics, and a host of other forms of behavior now legally proscribed thanks to the baleful influence of latter-day Puritans?" In answer, she quotes Pater Barton Hutt, consultant to the commission, who wrote, "It is likely that almost every member of the commission consumes alcohol. It is virtually certain that they have friends and relatives who have drinking problems and may even be alcoholics...I think it is fair to assume that something less than a majority of the commission members smoke marijuana...."

Long before it was fashionable to do so, Mitford documented the racial disparity in prison time for crimes between whites and people of color, noting that in drug cases, the average sentence for whites was 61.1 months, and for nonwhites 81.1 months. She also calls out New York's Governor Rockefeller on his absurd "solution" to the drug problem: locking up for life the dealers of all drugs, including hashish but excluding marijuana. She quotes Pennsylvania inmate Samuel Jordan, who wondered, "Could this be because he does not want to see his pot-smoking young relatives behind bars?" 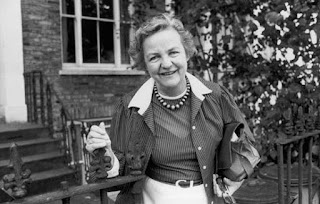 A member of the Communist party from 1943 until she and Treuhaft renounced it due to Stalinism, Mitford was made to sign a loyalty oath in order to teach at San Jose State University, and won a court case against submitting to fingerprinting. In 1953, she wrote a letter to President Harry Truman urging him to refuse to testify before the HUAC committee. "True patriots must challenge the authority of this committee," she wrote. "I pledge to do my part by refusing to cooperate. You have an opportunity to set an example for loyal Americans by defying this committee and doing all in your power to expose its real aim—fascism in America."

On May 4, 1967 Decca wrote to her sister Nancy Mitford from Oakland—in a letter describing having Arnold Toynbee over to dinner and Bob’s “re-torturing” of the CIA over their involvement in the Berkeley Co-op movement—about what her "Muv" called "Marriage Uana":

Hillary Clinton interned with Mitford's husband in the 60s while she was a Yale law student, but here's what Mitford had to say about Bill Clinton in 1992:

I'm not the only one who admires Mitford: J.K. Rowling named her daughter after Jessica.

*I can't however find the source of that quote, although she did say, "If to be objective means having no point of view, or giving equal weight to all information that comes one's way, I plead guilty—although accuracy is essential."
Posted by Tokin Woman at 9:11 AM No comments: Links to this post