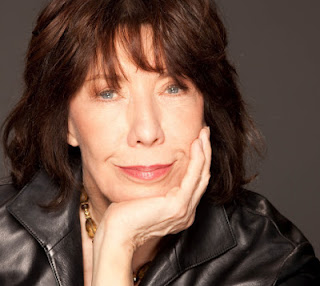 Posted by Tokin Woman at 8:55 PM No comments: 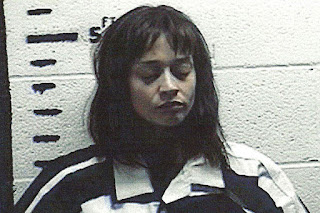 Fiona Apple was caught on Wednesday with small amounts of marijuana and hashish in Sierra Blanca, Texas, making her the first woman to be nabbed in the same border town where Willie Nelson, Snoop Dogg and Armie Hammer were also arrested by the US Border Patrol. (Hammer was reportedly carrying baked goods from his wife's bakedery.)

Apple was arrested and jailed, and spoke about her experience at her Houston concert. It's about time someone spoke up about what a violating experience being jailed is. Apple's arrest is potentially much more serious than the others who got their wrists slapped, since hash possession reportedly can bring a 3-10 year sentence in Texas, even though it's just concentrated cannabis.

There is possibly no other artist who digs as deep as Apple does, with undeniable talent and honesty. She is back on the musical scene after a 7-year hiatis, with her presciently titled new album The Idler Wheel Is Wiser than the Driver of the Screw, And Whipping Cords Will Serve You More Than Ropes Will Ever Do. We wish all the best to the extraordinary machine that she is. She'll be in New Orleans on Monday night, and touring the East Coast thereafter. 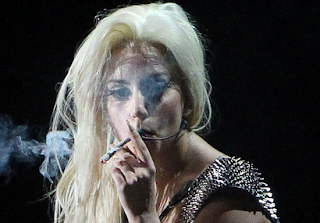 Apple's arrest blunted my enthusiasm about the news that Lady Gaga lit up a joint onstage at her concert in Amsterdam, declaring weed "wondrous." She was quoted as telling The Sun newspaper: "I want you to know it has totally changed my life and I’ve really cut down on drinking."

One commenter wrote: "Good now she won't end up like Amy." (Gaga has famously gained 25 pounds, possibly due to the munchees and healthier habits.) Another wrote: "Good on you Lady Gaga. Makes me want to reach for one. Unfortunately it is totally acceptable for celeb's to indulge in whatever their desire, but not for regular folks like us. LoL." They're right, and I'm not laughing about it.

Tickets for Gaga's Born this Way Ball on Feb. 22 at Madison Square Garden go on sale on Sept. 28. Since she has 29 million Twitter followers, we think they're likely to sell out.
Posted by Tokin Woman at 9:33 AM No comments: