"The Marijuana Conspiracy" and The Research Dodge

The Canadian film "The Marijuana Conspiracy," released in the US on 4/20, illustrates in part the absurdity and politicization of research into marijuana's effects. The film, based on a study that happened in 1972 in Toronto, begins with footage of politicians (all old, white men) railing against marijuana use. We then meet an old, white male addiction researcher downing a martini who hires an unscrupulous hippie-type researcher out for fame and fortune who recruits young women pot smokers for a study aimed at discovering marijuana's harms.

The women were locked in a building for 98 days, with no escape to take a walk outside or see their friends or families, while being constantly observed by researchers. Even the joints they were given to smoke nightly couldn't counter the effects of this strange, unnatural setting and the film (and doubtlessly the study itself) devolves into melodrama. Like many rats put in a cage, the women were pointlessly overdosed with pot. Yet, they remained productive and experienced no ill effects, although some members of both the smoking group and the nonsmoking control groups had difficulty assimilating after their isolation. The results of the study were never publicized due to political reasons, and it took decades for Canada to finally legalize pot (the US still hasn't done so).

Read more »
Posted by Tokin Woman at 9:53 AM No comments: 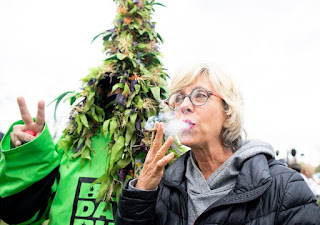 A new national poll from Quinnipiac University found a record high 69% of Americans support marijuana legalization, and that 70% of women support it, with only 68% of men surveyed in support.

This is the first time a poll has shown more support for legalization among women than men. Until very recently, women have consistently supported it 8-13% less than men. A Washington Post analysis of a 2013 Pew survey that found a 9% gap between men's and women's support concluded that women's religious beliefs and lower likelihood to use marijuana were at play, more so that motherhood or other factors.

A CBS poll released on 4/20/2016 was the first to show majority female support for marijuana legalization in the US. Though still trailing the 59% of men who were in favor, 54% of women then said they supported it too, up from only 43% of women and 54% of men in the previous year. A November 2020 Gallup poll found 69% of men and 66% of women supported legalization, narrowing the gender gap to 3%.
One reason for the shift is likely women's increased role in publicly advocating for legalization, many of them heading NORML chapters across the country. Women of all ages are also increasingly depicted using marijuana on film and TV and articles about legalization are more often picturing women, not just men. And women are feeling emboldened to speak up about their marijuana use (or at least admit to past use without apology, like VP Kamala Harris has).
Photo: A supporter at the Pennsylvania Cannabis Festival in Kutztown, PA on April 17, 2021. Sean Simmers ssimmers@pennlive.com.
Posted by Tokin Woman at 10:49 AM No comments:

Former US Surgeon General Jocelyn Elders has co-authored an oped on CNN.com  blasting the AMA's policy on marijuana as racist and out of step with the times. It states:

The AMA actively supports cannabis prohibition, a cornerstone of the drug war, even as it hypocritically condemns systemic racism for creating inequity and limiting access to health care among communities of color. The organization fails to appreciate or chooses to ignore the fact that the uneven application of laws on cannabis prohibition contributes to poverty, which is one of the largest obstacles to health care access in communities of color.

Cannabis is demonstrably safer for the vast majority of adults than alcohol, but the AMA doesn't call for a return to alcohol prohibition. Cannabis is far less harmful to adults than tobacco, but the AMA advocates tighter regulation rather than the prohibition of tobacco products. While the medical community offers an evidence-based, nuanced assessment of the health effects of cannabis, the AMA hyperbolically asserts that "without question, the public health risks (of legalization) are immense."

Cannabis use is not the "immense" public health threat that the AMA claims, but its prohibition is a powerful weapon of racially biased policing. In 2019, US law enforcement made over 500,000 arrests for simple cannabis possession alone. An American Civil Liberties Union report from 2018 found that Black people in America are nearly four times more likely than Whites to be arrested for cannabis possession, despite similar usage rates between the two groups.

Read more »
Posted by Tokin Woman at 9:25 AM No comments: 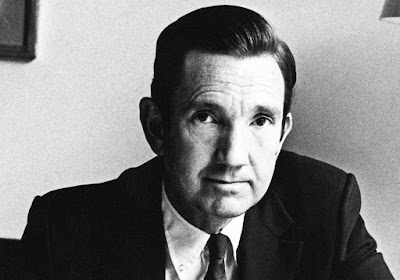 Clark supervised the drafting of the Voting Rights Act of 1965 and the Civil Rights Act of 1968, and as AG opposed the death penalty and enforced antitrust laws. He "tussled with J. Edgar Hoover, settled land claims with Native American groups and accompanied Martin Luther King Jr. on his march to Selma."  He also helped start NORML (the National Organization for the Reform of Marijuana Laws).

Keith Stroup, who was a young lawyer when he started NORML, recalled in a New York Magazine article that he'd read Clark's book

"It was terribly sad to learn of Ramsey Clark’s death," Stroup wrote to me in an email. "He was a friend and a personal political hero of mine, and someone who helped me get NORML off the ground in the early 1970’s. When I was uncertain, he reassured me that it was the right thing to do and he introduced me to Hugh Hefner and the Playboy Foundation, that largely funded NORML for our first decade. He was a brilliant man who fought every day for the common man. Ramsey Clark for my generation was the icon that we looked to to tell us how to move forward. He helped us end the Viet Nam War and to seek racial justice."