Of Beer, Boofing and Bar Mitzvahs: How We're Failing Our Young Men and Women 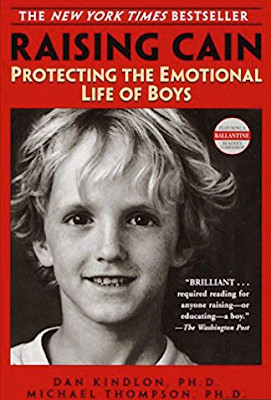 The Kavanaugh showdown this week raised questions to many about our culture and how it fails to instruct boys on how to treat women. Instead, as the book Raising Cain notes, we're letting boys figure it out for themselves, to everyone's detriment.

Cain is, of course, the evil older son of Adam and Eve, who was jealous of his younger brother, the kind and good Abel. Growing up, I had a Cain and Abel in my neighborhood. One day when I was about five years old, the elder brother pinned me to the floor and pulled my underwear down, despite my crying and pleading. Sadistically, he demanded I stop crying, then start again. He wouldn't let me up until I promised not to tell anyone. I never did, until the incident popped out of my subconscious in my college years (with the aid of my blessed plant teachers).

Like Dr. Ford, I don't remember how I got to his house, or how I got home. But I do have a very clear memory of what happened to me. And I remember the sick feeling I got when I heard that my former neighbor, who by then had moved away, was implicated in the death of his younger brother. I might have saved him, I thought, had I the words to talk about something that was never talked about in those days. Years later I volunteered at a rape crisis hotline and almost all of my calls were about incidents that had happened years earlier, but the caller was just then able to start grappling with it. We must talk about these things so that we can end them. 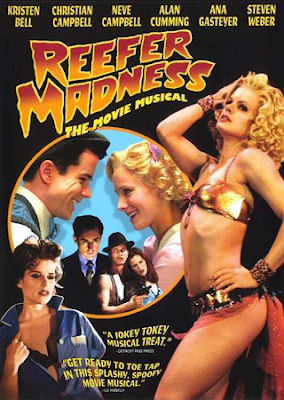 UPDATE 10/20: Bell appears in a kooky new commercial for her CBD skincare line. One benefit not mentioned: a recent study found CBD is protective against UV rays.

The talented actress said on the podcast WTF with Mark Aaron, “I like my vape pen quite a bit," adding that it doesn't bother her sober husband when she uses it occasionally. "Weed rules. Weed's my drug of choice, for sure.”

The 38-year-old mother continued, “I can’t do it around my kids, which is a phenomenal amount of hours each week. Once a week, if I’m exhausted and we’re about to sit down and watch 60 Minutes, why not?”

Read more »
Posted by Tokin Woman at 8:24 AM No comments:

Finding Your Feet (and a Phatty)

More news reports are coming out about how baby boomers (aka seniors) are turning back to marijuana, whether for medical or recreational reasons. And popular culture continues to follow suit.

Bourgeois Saundra shows up at her bohemian sister Bif's doorstep after leaving her cheating husband. Bif lives in the projects, rides a bike, is politically active, and smokes pot with her handyman/dealer friend Charlie (Timothy Spall).

Read more »
Posted by Tokin Woman at 8:33 PM No comments: