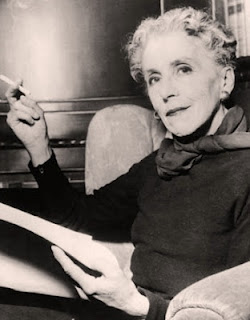 Meryl Streep played her on film; Timothy Leary, Aldous Huxley, Arthur Miller and Marilyn Monroe courted her; she flew in planes and hunted lions with Denys Finch Hatton in 1930s Africa, and was a bestselling author.

Born on April 17, 1885, Isak Dinesen (aka Baroness Karen von Blixen) was the Danish author of "Out of Africa" and many, many stories, some of which have been made into film (e.g. "Babette's Feast").

According to Isak Dinesen, The Life of a Storyteller by Judith Thurman, Dinesen and Finch Hatton were great fans of Baudelaire, and "Friends remember that Denys and Tania liked to experiment with the sensations hashish, opium, or miraa could give them. Denys arranged the cushions on the floor before the fire and reclined there, playing his guitar. Tania sat 'cross-legged like Scheherazade herself' and told him stories." (Miraa is kava, an indigenous African herb that has a mild hallucinogenic effect. Dinesen refers to it in her story "The Dreamers" by its other name, murungu.) In another of her tales, "The Monkey," an old abbess drugs her dinner guests with a love potion, leading to an evening of "exalted lewdness" (Thurman).

Dinesen wrote to her mother from Africa in 1924, "The greater part of humanity needs excitement, some slight intoxication, pleasure, and danger too. I think that if it were in my power to do anything at all for humanity, I myself would like to amuse them. I think it is wonderful that such delightful peacable people as you exist; but there is need for more than this, and I shall allow myself to make use of Shakespeare's words: 'Dost thou think, because thou are virtuous, there shall be no more cakes and ale? Yes, by St. Anne, and ginger shall be hot I' the mouth too."

Dinesen died in 1962, but her stories live on. Read more about Very Important Pothead Isak Dinesen.
Posted by Tokin Woman at 10:28 PM No comments: 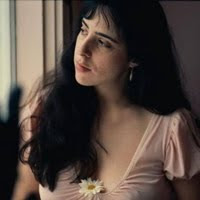 Sandwiched between Guns N’ Roses, the Red Hot Chili Peppers and the Beastie Boys as Rock and Roll Hall of Fame inductees yesterday were Very Important Potheads Laura Nyro (pictured right), the revered and "mercurial" songwriter of "Stoned Soul Picnic" and other hits, and Donovan, the first British rock star to be popped for pot.

At the ceremony, VIP Bette Midler wiped back tears as she inducted Nyro, who died of cancer in 1997.

“She was the very essence of New York City,” Midler said, “Not in a gritty, real sense, but in a passionate, romantic, ethereal way. She would take ordinary people in the most ordinary situations and spin them into heroic figures.” She called Nyro an artist for whom "love was the main thing."

Nyro is the only modern influence Joni Mitchell acknowledges, and she's inspired a host of others. The Fifth Dimension, Blood Sweat & Tears, Three Dog Night, and VIP Barbra Streisand all had hits with her songs. Elton John and Elvis Costello discussed Nyro's significant influence on both of them during the premiere episode of Costello's interview show Spectacle on the Sundance channel. Read more about Laura Nyro. 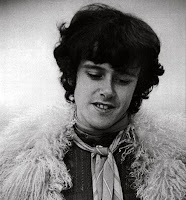 Donovan's early "Green" philosophy was taken from the "hallucinogenic shamanism of the Celts" for whom Mother Earth is a Goddess, according to The Autobiography of Donovan (2005, St. Martin's Press). By his account, the documentary "A Boy Called Donovan" which aired in January 1966 nationwide in Britain, showed his "beatnick" lifestyle and attracted the interest of the newly formed Drug Squad, who made the singer their first high-profile arrest for hashish. To this day, he is labeled a "criminal" on US Visas and needs a "waiver" to enter the US.

Of course, the Beastie Boys broke the reefer/radio sound barrier on "Licensed To Ill," with lyric, "I got friends in high places that are keeping me high." Countless rap tributes to the weed followed.

Billie Joe Armstrong of the pot-loving band Green Day introduced Guns N’ Roses, and Kid Rock (who sang of "Smoking funny things") was one of the musicians who played tribute to the inductees. It's a good bet there are more marijuana lovers among them.
Posted by Tokin Woman at 8:50 AM No comments: 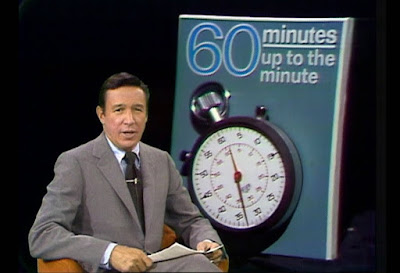 Mike Wallace, who fronted 60 Minutes and helped bring investigative reporting to TV news, has died. Wallace's breakthrough piece on marijuana in 1968 helped open the debate on legalization at a time when the "drug" was "sometimes used in desserts."

"Marijuana is a scare word in our society," Wallace said, revealing he encountered many who refused to discuss the subject. "An increasing number of people are questioning custom and convention," he reported, "and they are willing to defy the law."

In the story, Wallace comments that marijuana use has moved "from the GI to the career girl." He interviews one woman who worked at a national magazine saying she smokes pot simply because she enjoys it. "It's not Soma from a Brave New World," she says, adding that the frenetic pace of modern life almost makes it necessary to smoke pot.

Wallace asked one medical expert, Dr. Brill, whether or not marijuana was more dangerous than alcohol. He replied, that was unknown. Brill called the old "reefer madness" myths a "gross exaggeration," while stressing that marijuana was not harmless. Dr. James Goddard, who was publicly flogged for saying alcohol was more harmful than marijuana, was shown in a congressional hearing where he opined that marijuana users were rebelling against society in ways similar to the youth of the 1920s who used alcohol in violation of the Volstead act.

Henry Giordano, head of the Federal Bureau of Narcotics, argues in the same hearing, "You have to have a possession penalty or we can't control the traffickers." Giordano's agency was soon merged with the Bureau of Drug Abuse Control to form the BNDD, precursor of the DEA. As Douglas Valentine details in his book The Strength of the Pack, the agency has been rife with corruption since its inception.

Wallace went to Phoenix House in New York City, where, it was claimed, 398 of 400 addicts of heroin and other drugs started with marijuana. But there is no direct causative link, the story stressed, and marijuana is not physically addicting. "It is the personality of the user, not the drug itself, that leads to harder drugs," Wallace reported. The segment aired results of Dr. Leo Hollister's clinical experiment, dosing subjects with liquid THC. "I'm in a Bronicelli [sic] painting," the subject said, grinning. Dr. Stanley Yolles of the Institutes of Mental Health admitted there was only "a little" evidence marijuana was harmful, while stressing the need for further study.

In May 1999, The History Channel aired, "The 20th Century with Mike Wallace; Drugs, the Enemy Within," another well researched piece.

Another beloved US broadcaster, Walter Cronkite, called for legalization. As dramatized in the movie The Insider, 60 Minutes squashed an expose on the tobacco industry, leading to the now-better show, Frontline.
Posted by Tokin Woman at 4:24 PM 1 comment: