Cannabis and Pregnancy During Legalization 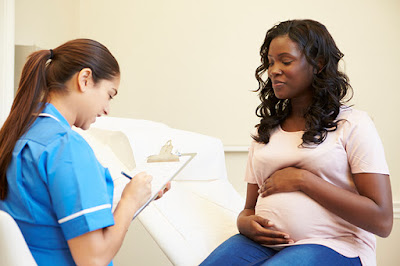 A new review of the literature—Cannabis and pregnancy: Maternal child health implications during a period of drug policy liberalization by Katrina Mark, MD of the Department of Obstetrics, Gynecology and Reproductive Sciences at the University of Maryland and Mishka Terplan, MD MPH from the Department of Obstetrics and Gynecology and Psychiatry at Virginia Commonwealth University—has been published in the journal Preventive Medicine.

The researchers state, "There is a theoretical potential for cannabis to interfere with neurodevelopment, however human data have not identified any long-term or long lasting meaningful differences between children exposed in utero to cannabis and those not....Risks should be neither overstated nor minimized....Above all, care for pregnant women who use cannabis should be non-punitive and grounded in respect for patient autonomy."

The researchers note that "the medicinal use of cannabis for ailments of the female reproductive tract has been recorded as early as 2737 BCE and has been used for treatment of migraines, menstrual cramps, labor pains and even induction of labor."

Despite this long herstory, they cite a 2016 study by Julie Holland which found that of the 52% of healthcare providers that provided any medically related counseling to marijuana-using pregnant women, only 26% of the time was the counseling clear and evidence based, and 70% of the time was spent on punitive content such as legal implications and investigations by child protective services. Notably, African American patients were nearly 10 times more likely to receive punitive counseling.

"There is ample evidence concerning the health effects of cannabis during pregnancy," the authors state, noting that over 800 human studies have been performed yearly on the topic since 2000. Also, four systematic reviews and meta-analyses (English, 1997; Metz, 2015; Gunn, 2016; Jacques, 2014) and four prospective cohorts evaluating the long term outcomes including into young adulthood (Goldschmidt, 2008; Fried, 2003; Marroun, 2016; Dreher, 1994) have been published.

"Taken together, the literature supports at best subtle and likely confounded effects," they conclude. "The evidence supports slightly lower birth weight (of unclear clinical significance), increase NICU admissions (may be biased by provider knowledge of maternal behavior), and slight effects on executive function (a finding strongly moderated by the caregiving environment)."

"It is possible if not likely that, as with alcohol, there are trimester dependent and dose dependent differences in perinatal outcomes. Additionally, different routes of consumption may have different fetal effects. With legalization of cannabis, these subtle differences may be able to be more accurately defined....it is possible that while liberalization of cannabis policy may lead to an increase in use during pregnancy, pregnant women may also be more forthcoming thereby improving dialogue and the possibility of counseling during prenatal care."

And finally, someone said it: "Many women who continue to use marijuana throughout pregnancy report that they do so because of nausea (Westfall, 2006) and perhaps this potential benefit can be further explored if its illicit status is reversed. Future research should therefore include investigation of potential benefits of cannabinoids and not simply focus on potential harms."

Sadly though, the authors state, "Although the landscape of cannabis law and policy is changing, that of child welfare has not. The Child Abuse Prevention Treatment Act directs states to assess substance-exposure at birth and provide a “plan of safe care” for infants identified (DHHS, 2010 & 2011). However states differ greatly in terms of policy."

The article cites a 2016 Guttmacher report that says 18 states define substance use, including cannabis, as child abuse. An update from Guttmacher published May 1, 2017  says that 24 states and the District of Columbia consider substance use during pregnancy to be child abuse under civil child-welfare statutes, and 3 (Minnesota, South Dakota, and Wisconsin) consider it grounds for civil commitment. Also, 23 states and the District of Columbia require health care professionals to report suspected prenatal drug use, and 7 states (Indiana, Iowa, Kentucky, Louisiana, Minnesota, North Dakota and Rhode Island) require them to test for prenatal drug exposure if they suspect drug use.

On April 28, 2017, a federal court in Wisconsin struck down a state law authorizing the detention, forced treatment, and incarceration of pregnant women as unconstitutional. Wisconsin’s Attorney General Brad Schimel disagrees with the court’s decision and plans to pursue an appeal.

"Above all, care for pregnant women who use cannabis should be non-punitive and grounded in respect for patient autonomy," Drs. Mark and Terplan correctly conclude.