Paltrow Power Puffs in "The Politician"


Paton's mother Georgina, played by Gwyneth Paltrow, is coming into her power this season, with Paltrow perfectly spoofing the public perception of her as an entitled Hollywood princess for whom everything comes too easily. Georgina languidly smokes from a hookah in one scene as she mounts a Marianne Williams–style campaign for California's Governor, during which she proposes seceding from the union, arguing that, "Most of our federal tax dollars go out of state to people who think that we are pot-smoking, Satan-worshipping abortion doctors or something." Elsewhere, she utters lines like, "Sorry sweetheart, I don't remember young people, it's a tic I have," and "I'm going to get stoned and have a bath."

Read more »
Posted by Tokin Woman at 5:48 PM No comments:

A Harvard professor, Dr. Grinspoon "started out investigating what he expected to be the dangers of marijuana and ended up writing the classic Marihuana Reconsidered (1971), a scholarly debunking of then-current myths about the herb's supposed evils," writes Cal NORML's Dale Gieringer.  "Lester became an influential force for enlightenment in the 1970s decrim movement and was one of NORML's earliest supporters. Later, he published Marihuana: The Forbidden Medicine, about the medical benefits of marijuana, which he had witnessed first hand through his son Danny's struggle with cancer chemotherapy."

As well as his many accomplishments, Dr. Grinspoon’s work inspired my VeryImportantPotheads website (which spun off into this blog), starting with a stirring speech he gave at the April 2001 NORML conference “outing” himself as a marijuana user, saying, "I was 44 years old in 1972 when I experienced my first marijuana high. Because I found it both useful and benign, I have used it ever since.” As High Times reported, "He called for people in the business, academic and professional worlds to come out of the closet regarding marijuana. To that end, he's pursuing what he calls the 'Uses of Marijuana Project' (marijuana-uses.com), an ethnographic exercise on how pot has enhanced users' lives."

Read more »
Posted by Tokin Woman at 1:35 PM No comments:

50 Years Ago: Barbara Streisand Turns On The Owl 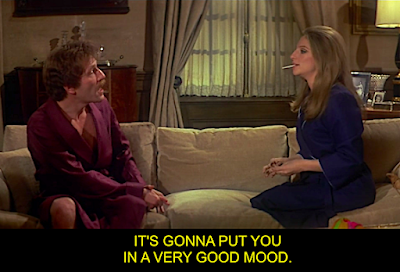 In the 1970 film The Owl and the Pussycat, Barbra Streisand plays Doris, a struggling model/actress living in New York who turns a few tricks to get by. When nerdy would-be writer and bookstore clerk Felix (George Segal) reports her activities to their landlord, she confronts him and rocks his world.

Leading up to the film's climax, Doris pulls out a joint and says, “Now I’m going to make you happy. It’s gonna put you in a very good mood.” Felix resists, telling her he’ll do it only after she whispers a bribe into his ear, announcing he was doing so to demonstrate that, “I have a certain free will, I am not a square person, and I am if I wish to be, perfectly hep.” She replies, “I’m hip you’re hep.”

Read more »
Posted by Tokin Woman at 9:10 AM No comments: 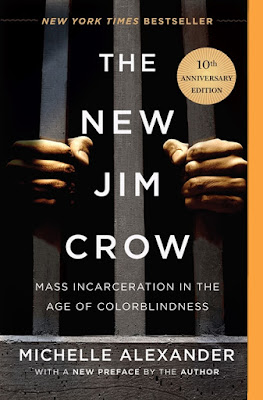 I watched Michelle Alexander's 2010 book The New Jim Crow change the debate about drug policy and racism in the US. This year, on its 10th anniversary, we have a chance for a greater transformation.

At the time when the book was first published, much of the African-American community and its leaders were lock-step in line with the drug war. But Alexander made her case so well for the role of the War on Drugs in the mass incarceration and marginalization of people of color that today leaders like Rep. Karen Bass (chair of the Congressional Black Caucus) and Sen. Kamala Harris (California's former DA) have joined to advance police reform at the federal level (though some say it doesn't go far enough.)

As Alexander lays it out, "When the gains and goals of the Civil Rights Movement began to require real sacrifices on the part of white Americans, conservative politicians found they could mobilize white racial resentment by vowing to crack down on crime....Beginning in the 1970s, researchers found that racial attitudes—not crime rates of likelihood of victimization—are an important determinant of white support for 'getting tough on crime' and antiwelfare measures. The War on Drugs, cloaked in race-neutral language, offered whites opposed to racial reform a unique opportunity to express their hostility toward blacks and black progress, without being exposed to the charge of racism."

Ronald Reagan and his successor George Bush, Sr. helped convince the US population that drugs were the most significant problem in the country through policy pronouncements, rather than facts. "The results were immediate," Alexander writes. "As law enforcement budgets exploded, so did prison and jail populations. In 1991, the Sentencing Project reported that the number of people behind bars in the US was unprecedented in world history, and that one fourth of young African American men were now under the control of the criminal justice system." 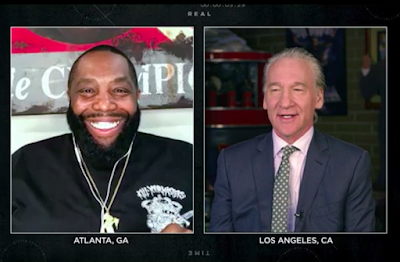 Rapper and Atlanta-based activist Michael "Killer Mike" Render lit up Real Time with Bill Maher last night, and not just with his million-dollar smile. At one point, he brandished a joint for the cameras.

Maher, noting that both he and Mike “love our pot,” mentioned that AG Barr has employed the DEA on protesters. "I just want to say to some of these protesters: if someone offers you a joint, that might be a narc,” he said.

Mike responded, “The most ironic thing about that is, when Nixon declared the drug war, he declared it on hippies and on blacks. What they’re essentially doing is a new version of that, because hippies were just progressive white people at the time—shouts out to Ben & Jerry. They were people that were progressive enough to say right is right and wrong is wrong and white’s not always right, we’re gonna side with what’s right. And of course black people were pushing the line."


"Why do you need drug enforcement agents at a protest? Really, you should hope everyone gets stoned, gets hungry and leaves." -Killer Mike