A new Gallup poll finds that Americans, especially women, find alcohol much more of a danger to individuals and society than marijuana, even though fewer of them say they use it than do men.
The pollsters write:

The poll found that Americans are evenly split in their views about marijuana's effect on society, with 49% considering it positive and 50% negative. They are slightly more positive about the drug's effect on people who use it, with 53% [including 55% of women] saying it's positive and 45% negative.

The same poll found that three in four adults [including 80% of women] believe that alcohol negatively affects society, and 71% [including 76% of women] think it is harmful to drinkers.  Yet, these perceived negative effects of alcohol are not enough to discourage Americans from imbibing, as two in three say they personally have the occasion to drink alcoholic beverages.

Read more »
Posted by Tokin Woman at 3:19 PM No comments: 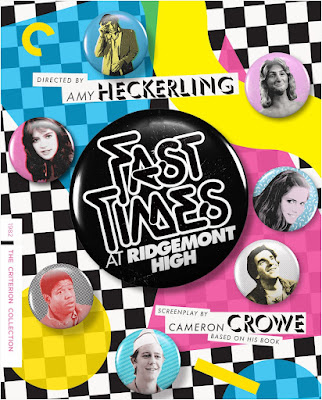 Amy Heckerling, a filmmaker fresh out of college, was given the chance to direct a film based on Cameron Crowe’s 1981 book, Fast Times at Ridgemont High: A True Story, which he wrote after spending a year undercover as a high school student. The resulting film is a funny, tender and true account of high school life at the time, focused on Stacy Hamilton (Jennifer Jason Leigh), a sophomore just beginning to date.
Most known to marijuana fans for Sean Penn's portrayal of surfer/stoner Jeff Spicoli, the film also helped launch the careers of Leigh as well as Forest Whitaker,  Phoebe Cates, Judge Reinhold, Nicolas Cage (credited as Nicolas Coppola in a small role for his first film), and others. Heckerling's gift for casting included choosing Penn after being "overwhelmed by his intensity, even though all he had done was look up at her."
The film was selected for re-release in May by The Criterion Collection,  featuring a restored 4K digital transfer, deleted and alternate scenes, a conversation with Heckerling and Crowe moderated by Olivia Wilde, and more. An essay by film critic Dana Stevens to introduce the release says, "Fast Times at Ridgemont High was the beneficiary of an improvisational, DIY freedom its director would never quite enjoy again, and that was fast disappearing from the studio system itself. Each new viewing makes you notice a different well-thought-through detail (the Peanuts-style near absence of visible parents! the dandyish New Wave touch of Damone’s piano-keyboard scarf!)."
Read more »
Posted by Tokin Woman at 6:07 AM No comments: 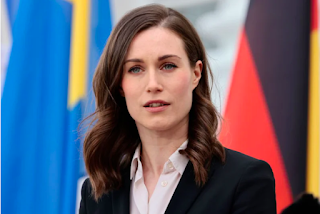 Finnish Prime Minister Sanna Marin has voluntarily taken a drug test after a video surfaced of the 36-year-old dancing at a party.

"For my own legal protection -- although I consider the demand for a drug test unreasonable -- in order to erase such doubts, I have today taken a drug test," Marin told reporters. The call that she be tested came via a tweet from Mikko Karna, an opposition MP.

“I wish we lived in a society where my word could be trusted. But when suspicions like this are raised here, that’s why I took these tests,” Marin said. She says she never took illegal drugs, and does admit to drinking alcohol at the party, saying, “I trust that people understand that leisure time and work time can be separated.”

Marin, the world's youngest sitting Prime Minister, was Finland's transport minister and supports making the country carbon neutral by 2035. With her election, all five of Finland's major political parties are run by women, four of them in their 30s.

Olivia Newton-John Opens Up About Cannabis

UPDATE 8/8/2022: Newton-John died at her ranch home in California on August 8, 2022 at the age of 73, after battling metastatic cancer for over 30 years. An angel on Earth, she earned her wings just three days after her fellow Australian songbird Judith Durham of The Seekers.

September 4, 2017 - In news that went 'round the world in places as far-flung as the Kansas City Star, singer Olivia Newton-John told Australia's The Sunday Telegraph that she is using "legal and easily obtained" medical marijuana in her home state of California to treat cancer.

“I use medicinal cannabis, which is really important for pain and healing,” she says. “It’s a plant that has been maligned for so long, and has so many abilities to heal."

“I will do what I can to encourage it,” she added. “It’s an important part of treatment, and it should be available. I use it for the pain and it’s also a medicinal thing to do — the research shows it’s really helpful.” 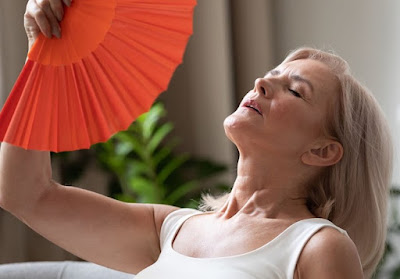 A new survey conducted by researchers at Boston's Mass General Brigham (MGB) healthcare system found that perimenopausal and postmenopausal women had similar patterns of use for cannabis to treat their menopausal symptoms.

The paper, published in published in Menopause, the journal of the The North American Menopause Society (NAMS), had this to say (with full citations) about the potential for cannabinoid treatments for menopause symptoms:

The endocannabinoid system is involved in a variety of physiological and psychological processes (e.g., regulating body temperature, mood, anxiety, sleep), and evidence suggests that this system significantly impacts fertility and reproduction. Specifically, the human ovary produces the endogenous cannabinoid anandamide with peak plasma levels occurring at ovulation and correlating with estrogen levels, suggesting that anandamide production may be controlled by this hormone.

In addition, cannabinoid treatments, including administration of anandamide, as well as antagonists of cannabinoid degradative enzymes, improve postovariectomy complications and reduce anxiety. Further, administration of cannabinoids typically results in vasorelaxation [reduction in tension of the blood vessel walls], suggesting that cannabinoid-based therapies may be particularly salient for treating vasomotor symptoms of menopause [hot flashes and night sweats].

In particular, estrogen deficiency results in downregulation of systems involved in hemodynamic regulation and is associated with vasomotor symptoms; 2 weeks of treatment with anandamide has been shown to reverse this downregulation in ovariectomized rats. Taken together, research indicates that medical cannabis (MC) may be a nonhormone treatment option with the potential to alleviate menopause-related symptoms with greater efficacy and possibly fewer side effects relative to existing treatments.

Read more »
Posted by Tokin Woman at 3:07 PM No comments:

Mrs. Hunter Biden Shops for Pot While Brittney Griner Faces 10 Years for It

UPDATE 8/15/22: Griner's attorneys have appealed her conviction, and there's official talk of swapping her and other Russian prisoners for arms dealer Victor Bout, and idea has been criticized by former president and coup-inciter Donald Drumpf. I guess the US doesn't want the competition; war toys are some of our biggest exports.
8/4/22: Griner was found guilty and received a 9-year sentence.
It's been reported that Hunter Biden's wife Melissa Cohen was escorted by a Secret Service agent while she went grocery shopping and stopped at a cannabis club to make a purchase in Malibu, CA. (Marijuana Moment was unable to confirm that it was a Secret Service agent who accompanied her. The First Family does receive SS protection.)
It made me sad to think of Brittney Griner facing 10 years in a Russian prison for a similar act, despite public outcry and US diplomatic efforts to free her. Soccer star/CBD entrepreneur Megan Rapinoe and Warriors champion Steph Curry were among the star athletes pleading for Griner’s freedom at The ESPYs on July 20.
On Twitter, I nudged Very Important Pothead Kareem Abdul Jabbar to write about his fellow Arizonan Griner after it came out in court that she had a doctor's recommendation to use marijuana.  I included a video of Kareem teaching Griner the sky hook when she came to play for the Phoenix Mercury.
Read more »
Posted by Tokin Woman at 7:07 PM No comments:

"Broads Behind Bars" and "The Spinach Song"

The things you find noodling around the internet. It began by looking up the actress /strongwoman Hope Emerson—best known for lifting Spencer Tracy off the ground in court in the 1949 movie Adam's Rib—after I watched her exclaim "Smokin' Oakum!" throughout Westward the Women (1952). Oakum is the short fibers of hemp; generally it is not smoked.  (It's possible she was saying, "smoke and oakum.")

Emerson, who made her Broadway debut playing an Amazon woman in Lysistrata in 1930, was nominated for an Oscar for her role as a sadistic matron at a women's prison in Caged (1950), for which the author Virginia Kellogg served time in four American prisons under false charges, as research.

Caged and anti-marijuana propaganda films were parodied in the 1977 SCTV skit, "Broads Behind Bars," in which Catherine O'Hara and Eugene Levy of TV's "Schitt's Creek" smoke pot, leading to her imprisonment and defiant downfall "from just one small stick of the stuff." Emerson's role was handled by John Candy in drag in the skit, which a title card mockingly says was "produced in cooperation with the anti-marijuana league of North America."