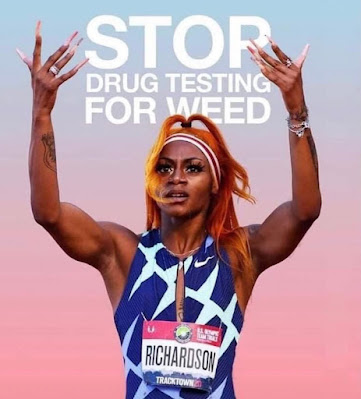 The world showed unprecedented support for a pot smoker (especially among women) when, after winning the 100m Olympic Trials on June 19 on Eugene, Oregon with a time of 10.86 seconds, sprinter Sha'Carri Richardson was disqualified after testing positive for marijuana.

Congresswomen Alexandra Ocasio-Cortez and Barbara Lee were among the Congressmembers asking WADA and USADA to reconsider their decision. AOC tweeted, "Not to mention, marijuana is legal in Oregon where Ms. Richardson was when she used it," and, "Major league baseball, hockey and football all have removed penalties for marijuana use. It's time for the IOC and @usantidoping to do the same. #LetShaCarriRun." Following public outcry, the World Anti-Doping Agency announced it would review their marijuana ban for athletes.
In an interview on NBC, Richardson said she was "blinded by emotions" after she found out that her biological mother had died when a reporter asked her about it days before her trial, and turned to marijuana to cope from the "triggering" and "nerve-shocking" news. "Who are you or who am I to tell you how to cope when you're dealing with a pain you never experienced before?" she asked.
At the Olympics in Tokyo, three Jamaican women swept the 100m medals, and US gymnastics star Simone Biles removed herself from competition due to stress saying, "I have to focus on my mental health." Meanwhile, a study from cannabis tech company dutchie found cannabis consumers in the US and Canada are predominantly female, "especially as conversations about women’s health expand to include using cannabis for relief from things like menstrual pain and to help with sleep or stress."
Richardson says she'll be blessed if her suspension for THC ultimately helps other athletes. Let's hope she'll also help all who are discriminated against on their jobs for using cannabis.
Read more »
Posted by Tokin Woman at 11:00 AM No comments:

Our Top Tweets were so popular last year I've decided to give them a post of their own for 2021.
Which one is your favorite? Tell me in the comments.

Reforming cannabis law is not a partisan issue. Americans in both parties overwhelming support it. So, we just introduced a bipartisan bill with @RepDaveJoyce to encourage localities to expunge cannabis offenses.https://t.co/Ha5TTnKlWh

It’s weird that politicians focus on store locations, instead of the jobs that have been created by the cannabis industry and the post-pandemic recovery it offers. Retail alone has created around 27,000 jobs across the country (I myself have a staff of 20). Seems dumb to complain pic.twitter.com/zpuq3Wr2OL

I just looked through 170 pieces of my kids’ halloween candy and NOT A GOD DAMN THC EDIBLE in here.
You promised free THC on halloween, narcs! pic.twitter.com/d2ls3mzOL8

I converted to Pantheism, so I can literally say, ‘I am weed’ 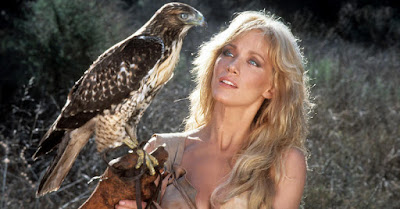 Tanya Roberts (1/4)
One of Charlie's Angels and a Bond Girl (opposite Roger Moore and Grace Jones), Roberts dove into a pan of pot brownies in her comedic role as Donna's mom in That 70s Show. As Sheena, Queen of the Jungle (pictured), she tamed lions, like the ancient goddesses.

Hal Holbrook (1/23)
Holbrook, who was wonderful in films likeAll The President's Men and Lillian Hellman's Julia, is best remembered for his Tony-award-winning portrayal of Very Important Pothead Mark Twain onstage in a one-man show he developed as a college student, Mark Twain Tonight!

The uniquely talented actress was known for The Mary Tyler Moore Show, Malcolm in the Middle and Young Frankenstein. Leachman has a blast smoking cannabis with her granddaughter (Mickey Sumner) in the 2015 film This Is Happening, a role she played at the age of 89. And she assures another granddaughter (Shannyn Sossamon) that's she's familiar with weed in 2020's High Holiday. 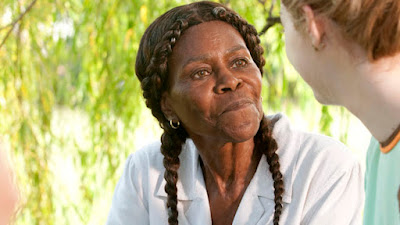 Tyson shone in Roots (1977),  played Harriet Tubman in A Woman Called Moses (1978), and was wonderful in The Help (2011, pictured). Her death came just after it was announced that the Biden/Harris administration would be fast-tracking the Tubman $20. I guess at the age of 96 her work was done. 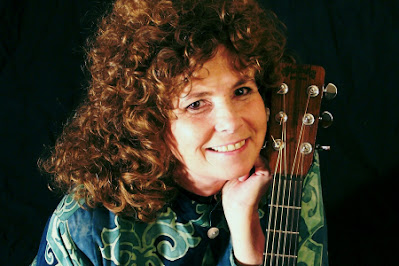 Songwriter and activist Feeney's song "Have You Been to Jail for Justice?" was recorded by Peter, Paul and Mary and she performed with Pete Seeger, Loretta Lynn, John Prine, and the Indigo Girls. She served on the executive board of the Pennsylvania chapter of the National Organization for Women and co-founded Pittsburgh Action Against Rape. She died of COVID-related pneumonia at age 69.

Christopher Plummer (2/5)
A Shakespearean actor best known for his role as Captain von Trapp in "The Sound of Music," Plummer had a long and illustrious career, including playing VIP Rudyard Kipling in The Man Who Would Be King and a pot dealer in the  2018 film Boundaries where he shared a Pax with Peter Fonda.

Wilson's 1986 memoir, Dreamgirl: My Life As a Supreme describes meeting the Beatles in New York in 1965 and, "The first thing I noticed was that the room reeked of marijuana smoke." The Supremes had an  R&B #1 hit in 1970 with “Stoned Love,” featuring lead singer Jean Terrell (Mary's in the middle in this video).

Read more »
Posted by Tokin Woman at 8:16 AM No comments: