Sponsor a Tokin’ Woman for an exciting new book project

UPDATE: Ellen Komp, the author of Tokin Women, will premiere the book at the Women Grow event in Rohnert Park on September 10, and the Bay Area Cannabis Author Showcase in Oakland on September 17.

Pre-orders are now being taken.

I’m going to print with the book “Tokin’ Women: A 4000-Year Herstory” featuring short biographies of over 50 ganga goddesses from Ishtar to Miley Cyrus (list below). Each biography will be accompanied by a photo or illustration. See sample pages

To go into print, I need high-resolution images and I want them to be as extraordinary as these women are! I’ve found many photos in public domain, and have combed various sources and come up with prices for the images I’d like to use that require licensing. 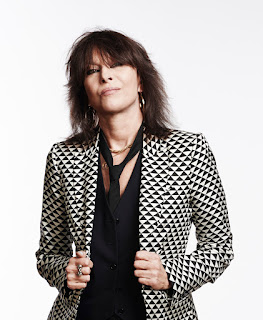 AWESOME ANGEL
I need a $150 sponsor for this great Dean Chakley photo of Chrissie Hynde.

Angels receive credit (if desired) and 3 copies of the book.

SUPER SUPPORTER
I found photos of each of these women for $75:

Supporters at this level will receive 2 copies of the book.

BARGAIN HUNTER’S SPECIAL
I found some bargain shots of these ladies for only $33 each:

Sponsors for these photos will receive one copy of the book.

I can bill you through my PayPay account, whether or not you have PayPal (just provide your email address). Donations can also be made to:

If there’s extra green energy about, I could use donations of any amount for printing and shipping costs. I will also be making the book available for pre-orders very soon. Alternatively, if anyone has photos they can donate to this project, please let me know! And if anyone is able to help promote the book, please contact me.

This work is the culmination of over 10 years of research, much of it published on this blog or at www.VeryImportantPotheads.com. My aim, as always, is to broaden our knowledge base and raise awareness. With California heading for a ballot initiative in 2016, we’ll need women’s votes now more than ever!

When I give presentations on my research, women come up to me and say, “You’ve made me feel a part of something.” Here’s a great chance for all of us to be a part of Herstory. If you’d like to know more, or set up a PayPal payment, please write ellen@veryimportantpotheads.com

Susan Sarandon has been sponsored!

“The known literature of women’s experiential involvement with what we today call recreational drugs can now be extended to include more famous with this new anthology of freshly discovered Tokin Women texts by an amazing blogger-sleuth.”
–Michael Horowitz, co-editor of Shaman Woman, Mainline Lady and Sisters of the Extreme

“This book by dedicated ‘herstorian’ Ellen Komp explores the use of cannabis by women throughout the ages. Readers discover that the world’s most famous women used this herb for food, fiber, and medicine, and that behind every great woman is a little bit of cannabis.”
–Debby Goldsberry, High Times Freedom Fighter of the Year (2011)

Ladies who have courage to do what is good for them, and agreeable to them, in new circumstances, in disregard of former prejudices, will try the virtues of the chibouque while in the East: and if they like it, they will go on with it as long as they feel that they want it. The chibouque would not be in such universal use as it is in the East, if there were not some reason for it: and the reason is that it is usually found eminently good for health. I found it so: and I saw no more reason why I should not take it than why English ladies should not take their daily glass of sherry at home — an indulgence which I do not need. I continued the use of my chibouque for some weeks after my return; and then left it off only on account of its inconvenience: and in the East, it is not inconvenient.

Nearly deaf from childhood and with a spotty education sometimes handled by some of her seven siblings, Martineau was first published at the age of 18 with an article titled "Female Writers on Practical Divinity."  Her father was so impressed that he declared, "Leave it to the other women to make shirts and darn stockings; and do you devote yourself to this." When The Central Unitarian Association advertised for three prize essays discussing how Catholics, Jews and Mohammedans might embrace Unitarianism, she entered all three contests under different names and won them all, and 45 pounds.

Her first commissioned work, Illustrations of Political Economy, was so successful across Europe that she was hired to produce monthly volumes for 24 months, each critiquing various political and economic affairs. Beseeched by a fellow writer to curb her pen so as not to offend French king Louis-Philippe, Martineau replied, "I write with a view to the people, and particularly the most suffering of them." In The Charmed Sea  she drew attention to poor treatment of Polish exiles in Eastern Siberia, causing the Russian czar to order all copies burnt. Traveling to the United States, she took flack for her books deploring British slavery in the colonies and was warned against traveling to any Southern states. She nonetheless visited Columbia, Charleston, and New Orleans, traveling by boat up the Mississippi to Kentucky, and producing Society in America and other volumes about her experiences. 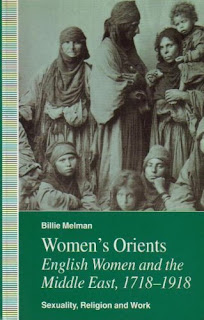 Martineau traveled to the East in 1846, writing Eastern Life Present and Past as a study in comparative religion and an attempt to track down the evolution of faith. "Eastern travel and the production of Eastern Life were the turning point in Martineau's biography" writes Billie Melman in Women's Orients: English Women and the Middle East. "It was immediately after the journey that she abandoned her rational, Necessarian brand of Unitarianism for Positivism, soon to become [sociologist Auguste] Comte's first populariser in Britain and his first translator."

Melman writes that on her travels Martineau became "quite addicted" to the chibouque, a pipe used to smoke hashish. In Eastern Life, Martineau wrote that "the stem of my chibouque was one day embossed with fresh-gathered roses" and called a bottle of ale "the greatest possible refreshment in the desert, except the chibouque....I was very well satisfied with myself if I wrote my journal after dressing and chibouque, and before dinner."

Of one evening, she wrote, "Then the chibouques were brought,— at once the indispensable comfort and chief luxury of Eastern life:— a comfort of whose importance there no more conception can be formed at home than the people of the Guinea coast can appreciate our winter clothing and fires."

Writing about a jolly time spent in a harem, she describes a cross-cultural experience:

The next joke was on behalf of the Jewesses, four or five of whom sat in a row on the divan. Almost everybody else was puffing away at a chibouque or a nargeeleh, and the place was one cloud of smoke. The poor Jewesses were obliged to decline joining us; for it happened to be Saturday: they must not smoke on the Sabbath. They were naturally much pitied: and some of the young wives did what was possible for them. Drawing in a long breath of smoke, they puffed it forth in the faces of the Jewesses, who opened mouth and nostrils eagerly to receive it. Thus was the Sabbath observed, to shouts of laughter.

In her Autobiography, written in 1855, Martineau says:

At past forty years of age, I began to relish life, without drawback; and for ten years I have been vividly conscious of its delights, as undisturbed by cares as my anxious nature, and my long training to trouble could permit me ever to be. I believe there never was before any time in my life when I should not have been rather glad than sorry to lay it down. During this last sunny period, I have not acquired any dread or dislike of death; but I have felt, for the first time, a keen and unvarying relish of life. ...

I had little idea ...how the convictions and the action of the remnant of my life would be shaped and determined by what I saw and thought during those all-important months that I spent in the East....there were effects produced on my own character of mind which it would have been impertinent to offer here, even if the lapse of years had not been necessary to make them clear to myself. I never before had better opportunity for quiet meditation....

Posted by Tokin Woman at 3:02 PM No comments: