Families Continue to Be "Torn Apart" By Parents' Marijuana Use 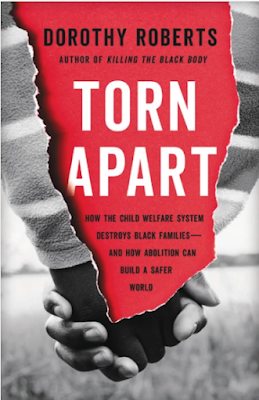 "The child welfare system operates surprisingly like its criminal counterpart. It is a $10 billion apparatus that monitors, controls and punishes families in the same Black communities systematically subjugated by police and prisons," writes Professor Dorothy Roberts in an In These Times excerpt of her new book, Torn Apart: How the Child Welfare System Destroys Black Families—and How Abolition Can Build a Safer World.

Every year, CPS removes about 500,000 children from their homes—half though judicial proceedings and half through informal "safety plans." More than one in 10 Black and Native children in America will be forcibly separated from their parents and placed in foster care by their 18th birthday.

In California, a pending bill, AB 2595 by Los Angeles Assemblymember Reggie Jones-Sawyer, would require CPS to update its directives to instruct case workers to treat marijuana use by parents in the same way they do alcohol or prescription drugs. It is sponsored by the LA Dependency Lawyers, who represent approximately 20,000 parents on a daily basis. Attorney Brooke Huley of LADL, who testified for AB 2595, roughly estimates based on her 10 years' experience that at least 40% of those parents have had their custodial rights abridged in some form as a result of mere use of cannabis.
"That would mean that about 8,000 of our current clients on any given day have been negatively impacted," Huley said, adding, "Approximately 20% of our clients have had their children removed or kept from their care as a result of cannabis use." (It's hard to pinpoint data due to confidentiality requirements for family courts.)
Read more »
Posted by Tokin Woman at 3:34 PM No comments: 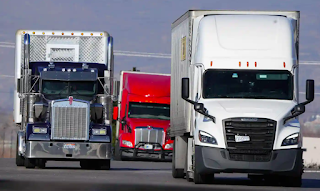 Media outlets like High Times and Reason magazines are picking up on something I've been noticing: that the trucker shortage and all the supply chain problems it is causing happened just after the US instituted a National Clearinghouse on drug testing results for drivers, forcing thousands of drivers out of the profession due to off-the-job marijuana use. As the situation is affecting the baby formula supplies, the Biden administration's answer is to exempt drivers from safety requirements over how long they can drive or how much they must rest before getting on the road.
Read more »
Posted by Tokin Woman at 8:52 AM No comments: 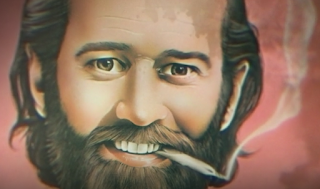 The new Judd Apatow/Michael Bonfiglio documentary series coproduced by Carlin's daughter Kelly, "George Carlin's American Dream" on HBO tells us much about the comedian, including his love for marijuana.

Carlin's mother Mary fled his violent, alcoholic father with his older brother Patrick when George was just a baby. He grew up a latchkey kid with a single working mother in what he calls "White Harlem" (Morningside Heights) in New York City, spending a lot of time alone. He watched Danny Kaye, Bob Hope and Red Skelton movies and emulated Kaye's facile facial and vocal expressions, while listening to comedians like Jack E. Leonard on the radio and deciding he wanted to be one.

It could be said of Carlin, and our society, that the Catholic Church no longer letting the wheat in communion wafers go moldy with ergot (my theory, confirmed by others) led to seeking the promised transformative experience of First Communion in other drugs. When he didn't transform, he began to question all authority. "I think I saw religion as the first big betrayal," Carlin said. At Corpus Christi school he was told, "You will be in the state of grace, and you will feel God's presence. When none of that happened, I began to see that they were lying to me."

Carlin began smoking pot when he was 13 and says he smoked daily from the age of 15, including before all his TV appearances. He quit school in 9th grade and left home at the age of 17, joining the Air Force and working as a DJ until being discharged for "showing a certain amount of disrespect for an NCO."

Lenny Bruce was an influence, and Carlin was in the audience when Bruce was arrested for obscenity, also going to jail when he refused to show his ID. He began his comedy career with a partner wearing a suit and tie and playing goofy characters, already telling stoner jokes. He went solo with characters like the stoned Hippie Dippie Weatherman. "Tomorrow's high is whenever I get up," was one of his jokes.

Read more »
Posted by Tokin Woman at 9:36 AM No comments:

Pennsylvania's pro-pot Lieutenant Governor John Fetterman has won the Democratic primary for a Senate seat by a resounding 59% of the vote against Conor Lamb, whose endorsements vastly outnumbered Fetterman's, and Malcolm Kenyatta, who did well with voters in Philadelphia.
Standing tall at 6-foot-8-inches, Fetterman jumped into the limelight as the forward-thinking mayor of Braddock, PA, a town once so grimy that when my father—who worked as an engineer for US Steel—did a plant visit there he would change his shirt the moment he hit the door to our home.
Fetterman has flown a flag displaying cannabis leaves from the lieutenant governor’s office, alongside a rainbow-colored L.G.B.T.Q. banner. In 2019, he embarked on an adult-use cannabis listening tour in all 67 PA counties. In three months, the tour saw over 10,000 people turn out in person, mostly in favor of legalization.
“John’s overwhelming victory in the primary should send a message to candidates of all political persuasions across the country. Legalization has the support of 7 in 10 Americans, including majorities of all political affiliations,” commented NORML PAC Executive Director Erik Altieri. "His victory sent a clear signal to the establishment: get on the right side of history or lose to someone with the courage of their convictions. ”
Fetterman's wife Gisele is a Brazilian beauty born in Rio de Janeiro who emigrated with her family as an undocumented immigrant at the age of 10 to escape violent crime in her community. A chronic pain sufferer due to a series of accidents, she has been a vocal medicinal marijuana patient who spoke about her journey with Montel Williams.
Gisele wrote a fundraising pitch asking for $5 contributions on 4/19/22 with the headline "The 'Pothead Second Lady'" (something she is often called) saying: "John and I are deeply dedicated to the fight for full cannabis legalization. Legal cannabis has changed my life, and I know it can help so many others too. I hope my story of being helped by the plant can help other people understand it rather than fear it...In 2016, Pennsylvania legalized marijuana for medical use. I was one of the first people in line when the first dispensary opened. Today, legal cannabis is the medicine that keeps me pain-free."
Read more »
Posted by Tokin Woman at 2:20 PM 1 comment:

Woody Harrelson Does Right By Cannabis Farmers in California

Today in Los Angeles, the Emerald Cup Awards will be held, recognizing the fine cannabis grown by small outdoor farmers of California. One of the judges of the awards is actor/activist Woody Harrelson, and the event kicked off with the opening of The Woods, Harrelson's new West Hollywood pot shop. My Facebook feed lit up last night with photos of Emerald Triangle farmers taken with the affable star, who wore a "Sun+Earth Certified" cap.

"We were surrounded by our friends from Humboldt and Mendocino including Tina from @moonmadefarms, @chrystalortiz, Aiyana of @humboldt_synchronicitrees, to name a few, activist and educator @luna_stower from the SF Bay, as well as wonderful LA movers and shakers, long time friends of Woody’s from the earliest days of his career, to his collaborators and enablers of his lifelong environmental activism.

The room was buzzing with vitality," wrote activist Cara Cordoni. Also on hand was Nancy Birnbaum of Sensi Magazine, Tim Blake of The Emerald Cup, and Bill Maher, one of Harrelson's partners in The Woods who seems to have talked him into going back to smoking pot after he gave it up a few years back.

“The bulk of what people want is indoor chem weed,” Harrelson told LA Weekly in April. “Now, we’re gonna carry that at The Woods because I don’t want to, certainly in the beginning, alienate any potential customers. But my dream is to promote and to help people see the sensibility in sun-drenched herb, because I feel like you want that sun energy.... Outdoor organic is amazing. That’s where all of us should be putting our sights. The outdoor organic herb should be the crème de la crème."
Read more »
Posted by Tokin Woman at 8:32 AM No comments: