To celebrate International Women's Day, here is a list of 15 books referenced in Tokin' Women: A 4000-Year Herstory. Celebrate the day by learning more about these prominent women who are also cannabis consumers. 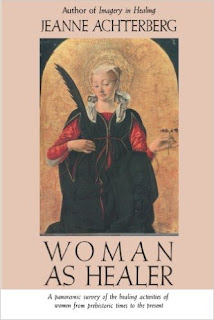 1. Woman as Healer - Jeanne Achterberg
This groundbreaking work examines the role of women in the Western healing traditions starting with ancient cultures in which women worked as independent and honored healers, and goddesses like Ishtar, who is associated with cannabis.

2. Women's Orients - Billie Melman
Melman tracks European womens' travels to the East in the mid 1800s, including their partaking of the chiboque pipe in the harems. One was Princess Kate's great great great great grandmother, sociologist Harriet Martineau.

3. Louisa May Alcott: A Personal Biography - Susan Cheever
Alcott, the beloved author of "Little Women," wrote two stories with a hashish theme at a time when cannabis formulations were available in pharmacies. Cheever illuminates her life with a fresh perspective on the transcendentalist movement in the US.

3. Lucky Eyes and a High Heart: The Life of Maud Gonne - Nancy Cardozo
In Downton Abbey Lady Sybil and her Irish revolutionary boyfriend get into trouble, over which her father pulls strings to get them off the lam. "They're afraid with Sybil they'll have another Maud Gonne on their hands," he says. This intriguing character was loved by William Butler Yeats, and tried hashish with him.

5. Isabelle: The Life of Isabelle Eberhardt - Annette Kobak
Sometimes compared to Rimbeau, novelist Isabelle Eberhardt left France for Algeria at the age of 20, embraced Islam and picked up a sword to join a revolt in March 1898. Tokin' Woman Patti Smith mentions reading Eberhardt in her bestselling book Just Kids.

6. Gertrude Bell: Queen of the Desert, Shaper of Nations - Georgina Howell
Gertrude Bell was a mountaineer and a self-styled diplomat, later a spy, who was instrumental in drawing the current borders of Iraq and establishing the Iraq Museum in Baghdad. "She began to take her turn with the narghileh that was passed around as they talked, the bubble-pipe in which tobacco, marijuana, or opium was smoked," writes her biographer.

7. Rainbow Picnic: Portrait of Iris Tree - Daphne Fielding
Bohemian poet and actress Iris Tree sampled hashish jam with a dinner party companion when "we were both simultaneously seized with uncontrollable laughter about nothing at all." She appears in a cameo, reading poetry as herself, in Federico Fellini's La Dolce Vita.

8. Isak Dinesen, The Life of a Storyteller - Judith Thurman
This comprehensive account of the life of Danish writer Isak Dinesen brings to life the fascinating woman portrayed by Meryl Streep in Out of Africa. She "liked to experiment with the sensations hashish" could give her.

9. A Bad Woman Feeling Good - Buzzy Jackson
In this lively book, Jackson tells stories about Bessie Smith, Billie Holiday and others who brought jazz and personal freedom to the forefront in the 1920s and beyond.

11. High Times, Hard Times - Anita O'Day with George Eells
“You can swing, you’d better come with us,” drummer Gene Krupa told her when he hired singer Anita O'Day. She'd starting smoking marijuana cigarettes when you could still buy them in drug stores. “One day weed had been harmless, booze outlawed; the next, alcohol was in and weed led to ‘living death,’" she wrote in her autobiography. "They didn’t fool me. I kept on using it, but I was just a little more cautious.”

12. Irrepressible: The Jazz Age Life of Henrietta Bingham - Emily Bingham
This eclectic woman profiled by here by her niece patriotically grew hemp on her farm in Kentucky as part of the "Hemp for Victory" program during World War II, even though "the hemp crop took up fields she needed for corn to feed the hogs."

13. Dream a Little Dream of Me: The Life of Cass Elliot - Eddi Fiegel
This affectionate look at Ellen Cohen, the woman who became "Mama" Cass Elliot, is filled with anecdotes about this intelligent, brash and beautiful singer, such as the time she fashioned a marijuana pipe from aluminum foil in the recording studio.

14. Gather Together in My Name - Maya Angelou
This sequel to Angelou's I Know Why The Caged Bird Sings talks about her use of marijuana and how it enhanced her appreciation of food, dancing, and parenting.

15. Living With a Wild God - Barbara Ehrenreich
Author and NORML board member Ehrenreich—a well-known scientist, atheist and feminist—describes in this book mystical experiences she had in her adolescence. Also Highly Recommended by Ehrenreich: Witches, Midwives, & Nurses: A History of Women Healers.
Posted by Tokin Woman at 7:14 PM No comments: