Of Shamans and Charlize: Pot at the Oscars 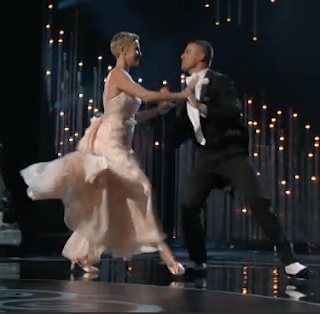 Once more the Oscar ceremonies seemed to be dominated by weed lovers, starting with host Seth MacFarlane. Noted for his "Family Guy" series with segments like "Bag o' Weed," MacFarlane did better with his musical numbers than he did with his jokes.

Charlize Theron shone in a dance number at the show's opening, nearly rescuing MacFarlane—as she did a security guard who had a seizure on the red carpet. Theron was caught on camera smoking pot out of an apple in 2002. [Update 2018: Theron now admits she was "a wake-and-baker for most of my life."]

Jane Fonda, who was spotted last year smoking pot at a post-Oscar party, wowed everyone at the age of 75 in her sleek Versace gown. She co-presented with Michael Douglas, who urged the U.S. to consider legalizing the use of marijuana in 2009.

Another bright spot was the surprise appearance of Barbra Streisand, singing "The Way We Were" in a tribute to the late Marvin Hamlich. According to David Crosby's book Stand and Be Counted, her role in that movie was dependent on her appearing at a 1972 McGovern rally planned by Warren Beatty, at which she appeared to take a toke from a joint onstage.

Anne Hathaway, who smoked pot onscreen in "Havoc" (2005), took home a well-deserved Best Supporting Actress trophy for Les Miserables.  As is now de rigueur, she thanked everyone including her publicist, but failed to recognize the story's author Victor Hugo, a member of Le Club des Hashishins.

Daniel Day Lewis did give a nod to Abraham Lincoln, who inspired his Oscar-winning performance. Depicted in that movie were Lincoln's secretary John Hay, who took cannabis while a student at Brown and went on to become Secretary of State; and Mary Todd Lincoln, the daughter of hemp farmers in Kentucky. (Reports remain unconfirmed that Abraham Lincoln smoked a hemp pipe, although he did play a harmonica.) 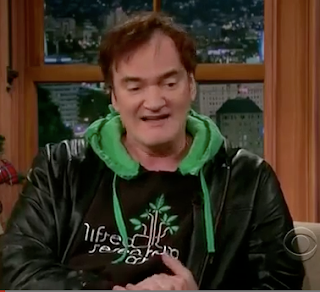 Presenting the Best Picture prize of the night was the incomparable Jack Nicholson, who says he still smokes weed, and Michelle Obama, who's married to a former enthusiast. It went to "Argo," co-produced and directed by Ben Affleck, who graduated from stoner movies like "Dazed and Confused" and "Chasing Amy." George Clooney, also a producer, has said he liked acid and mushrooms in college.

"Every day through engagement in the arts, children learn to dream big," said our First Lady. "If a film crew is a tribe, the cinematographer is the shaman," said Robert Downey Jr. It seems like there are a whole lot of shamans in Hollywood, and we're all the tribe.

The entire ceremony is now online. 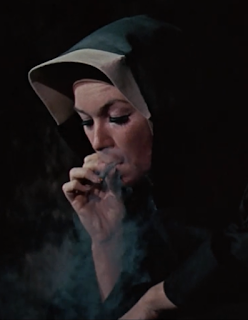 I just viewed the 1970 film Two Mules for Sister Sara with Shirley MacLaine in the title role. I'm not the first who wonders if it was pot she was puffing in a scene where she steps away to have a smoke. After deeply inhaling, she gets a beatific look on her face and has another toke. She wears a wonderful smile when she walks back to co-star Clint Eastwood.

MacLaine admits to trying pot brownies provided by VIP Robert Mitchum (with whom she had an affair) in one of her books, where she also says she tried smoking pot in a London hotel room.

Two Mules was filmed in Mexico and written by director Budd Boetticher, who lived there. According to Wikipedia, Boetticher had planned on using Mitchum as the male star of the film, and the part of Sister Sara was originally offered to Tokin' Woman Elizabeth Taylor. 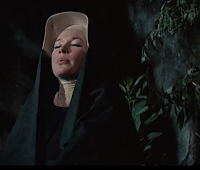 Directing the movie was Don Siegel, who directed the 1949 movie The Big Steal, the first film Mitchum made after his bust for marijuana. It was also filmed in Mexico, where co-star Jane Greer reported locals were always trying to foist joints on Mitchum.

The Two Mules film score was composed by Ennio Morricone, who's named as a pot smoker on the web, although I have not found confirmation. Since he's the brilliant composer of "The Good, The Bad, and the Ugly" as well as "The Mission" and other masterpieces, it would be nice to know!

In 1960, Boetticher departed from Westerns to make The Rise and Fall of Legs Diamond, a film loosely based on the lives of Jack Diamond and Arnold Rothstein, the US's first major drug dealer (who appears in F. Scott Fitzgerald's The Great Gatsby as well as Damon Runyan stories). Boetticher had a role in the 1988 Robert Towne movie Tequila Sunrise, starring Mel Gibson as a man who has a connection with a Mexican dealer (Raul Julia). MacLaine played an Indian widow rescued from death on a funeral pyre by the heroes of the 1956 film version of Jules Verne's Around the World in 80 Days (pictured). In the book, the woman is stupefied to her sorry fate with fumee d'opium et de chanvre  (smoked opium and hemp).
Shirley is now playing the American grandmother going toe-to-toe in Downton Abbey with matriarch Maggie Smith (who starred in Travels with My Aunt, based on Graham Greene's story about an eccentric woman with a marijuana connection).

Also recently seen: Bunny O'Hare (1971), starring Bette Davis as a widow who heads to Mexico on the back of a motorcycle driven by Ernest Borgnine as the two pose as hippies to pull off a string of bank robberies. Ernest puffs in the movie and Bette refuses when offered, but asks some intelligent questions about it. She gets the last word, and it's a doozy.
Posted by Tokin Woman at 7:01 PM No comments: 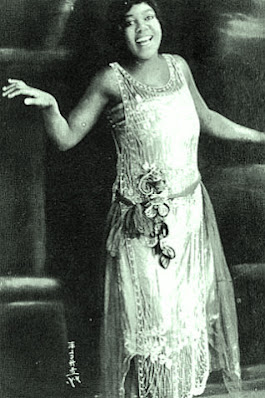 Born to a large, poor family in Chatanooga, Tennessee, Bessie joined a traveling minstrel show at age 14. Bessie was soon performing on stages all over the country as The Empress of the Blues. In 1933, Smith recorded "Gimmie a Pigfoot," featuring Benny Goodman and Jack Teagarden, for John Hammond's Okeh record label. In the last verse Smith sings, "Gimmie a reefer" in this video.

Louis Armstrong wrote of her, circa 1929, "I shall never forget her, and her Dance. She was so wonderful in her 'Shake dance she would take 5 and 6 Encores."

In his 1974 autobiography, Berle says of Cook, "She was known as one of the greatest belly dancers in the world, and her act was sensational, with everything going like a flag in a hurricane. She was one of those rare women that men had only to look at to want. And that was even standing still. She was slender, and light-skinned like the color of coffee with too much cream in it, and she had her hair in an Afro, which wasn't standard gear then. When she worked, she covered her body with oil that made it shiny and sexy-looking." Cook is the featured dancer in this clip. 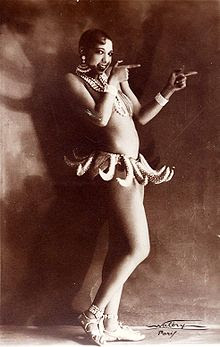 World-famous dancer and activist Josephine Baker indulged in marijuana, according to Josephine: The Hungry Heart by Jean-Claude Baker and Chris Chase. Phillip Leshing, who was then a 23-year-old bass player in Buddy Rich's orchestra, recalls in the book, "I remember once Josephine invited several of us to come to her dressing room and try some very good reefer. I went down with Harry 'Sweets' Edison, the trumpet player, and Buddy Rich, and we smoked pot with Josephine Baker...but the marijuana didn't affect her performance. Never." (p. 295) 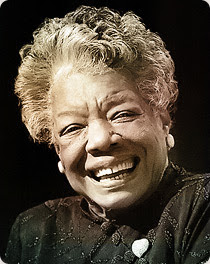 Two other African-American dancers who rose to prominence and are associated with marijuana are Lucille Armstrong and Maya Angelou (pictured). Singers Sarah Vaughan and Billie Holiday were marijuana fans, and Ella Fitzgerald recorded "When I Get Low, I Get High" in 1936.

Posted by Tokin Woman at 7:37 PM No comments: