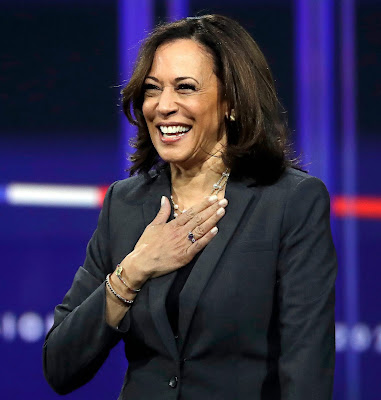 “I’m America’s cool aunt. A fun aunt. I call that a funt. The kind of funt that will give you weed but then arrest you for having weed," said Maya Rudolph in her Emmy-winning portrayal of Kamala Harris on Saturday Night Live.
Although VP-elect Harris's record and rhetoric on marijuana wasn't good while she was a prosecutor, she has championed reform in the Senate, where she sponsored the MORE Act (Marijuana Opportunity, Reinvestment and Expungement Act).  Harris, like others, has figured out that the drug war is steeped in racism, and so it's a human rights issue for all. And she knows that it's now cool to say you smoked it.
During her Presidential campaign, Harris said on a radio talk show she was “absolutely in favor of legalizing marijuana,” harkening to her half-Jamaican heritage and citing the mass incarceration resulting from cannabis prohibition, particularly of young black men. And she admitted she smoked weed when she was in college. When asked if she might start smoking again, she replied, “I think it gives a lot of people joy, and we need more joy in the world.”
Harris has managed to straddle her tough-prosecutor past with her "funt" persona. She's advocated for arresting the police who shot and killed Breonna Taylor in a botched drug raid, and noted at a Judiciary Committee hearing on Prison Safety and the Coronavirus that 70% of those in US prisons are black and brown people, and while Paul Manafort and Michael Cohen qualified for home detention due to COVID concerns, 62-year-old Fidel Torres died of COVID-19 in a federal prison while serving the final two years of his 20-year sentence for a marijuana offense. She has also been a strong advocate for voting rights, so important in this year's election, and beyond.
The first woman, the first black, and the first person of Asian descent to be elected Vice President, Harris is sure to make herstory. She's reiterated the Biden/Harris pledge to decriminalize marijuana since the election, and in the recent BET documentary "Smoke." Biden is a longtime drug warrior who will have to be pushed beyond his treatment-instead position. We hope the Californian Harris will help give him a nudge into the present day, where a supermajority of Americans favor cannabis legalization.
GRANDE DAME OF DOPE
The Tokin’ Woman blog introduces this year the “Grand Dame of Dope” award to recognize women who have made long-term contributions to the marijuana reform movement. As our OG “Grand Dame,” we are pleased to name Michelle Aldrich.
Michelle has been a human and drug policy rights activist for over 50 years. She co-founded the San Antonio free clinic and the National Free Clinic Council, and worked on literature and film evaluation for the National Coordinating Council on Drug Education in Washington, DC.
Michelle was vice president for drug education at Amorphia, the first cannabis law reform organization in the US that sponsored the country's first marijuana legalization measure in 1972 in California, funded by selling Acapulco Gold Rolling Papers. Along with her husband Michael, Michelle contributed a section titled "Popular Music and Drug Lyrics: Analysis of a Scapegoat" to the 1973 US Commission on Marijuana and Drug Abuse report.
She joined the Cal NORML board in 1982 and was the first member of a NORML board to sit on a drug board in their city, serving for seven years on the Drug Abuse Advisory Board for the City and County of San Francisco, where she was Vice President. She also served on the board of the SF Chapter of ACLU, on the advisory board of Patients Out of Time, and was vice president of the SF Irish American Democratic Club and the Democratic Women's Forum.
Diagnosed with lung cancer in January 2012, Michelle beat the disease with the help of cannabis and was disease free by May 2012. She has counseled countless cancer patients on using cannabis in their healing treatments.
Accepting the Lester Grinspoon award for Lifetime Achievement at the 2011 High Times medical cannabis cup in San Francisco, Michelle glittered in a black gown when she accepted the honor. "I look and see all the friends I have here, especially the women," she said. "The women have changed this movement. The women are going to make this happen." She encouraged activists to get to know their elected officials. "That's how I got to meet Harvey Milk," she said, speaking of the SF gay rights activist. "That's how I got to meet Jerry Brown, Barbara Boxer...go straight to the community, get involved in democratic politics." She ended her speech, as is her custom, with, "What we want is free, legal backyard marijuana!"
TOP ACTIVIST
Brenda Dionne, a Connecticut woman who filed a class action against her Trinity Health of New England Corp. Inc., for denying her employment because the marijuana she uses for PTSD was discovered in a drug screening test.
TOP JOURNALIST
Jessica Grose, New York Times: Mother's Little Helper Is Back, and Daddy's Partaking Too
Ken Belson, NewYork Times: N.F.L. Bows to Marijuana's New Status
Mona Zhang, Politico: How state marijuana legalization became a boon for corruption

OUTIE OF THE YEAR (or, What's With Models and Marijuana?)
Kendall Jenner, who was outed as a cannabis consumer on the podcast "Sibling Revelry" with Kate Hudson and her brother Oliver.
Sistine Stallone, who was spotted carrying a MedMen bag while exiting the SoCal cannabis store with her father Sylvester.

Be the successful stoner your parents told you didn't exist

I'm a hard-working, kid-raising, church-going, tax-paying citizen of the United States. And at the end of a long day of hard work, if I want to go home, smoke a joint, and just stare at the fireplace...that's my civil liberty!@bykatieshapiro @forbes https://t.co/gdDu3ksC3o

If anyone watching this is high right now, what does this debate look like? If we turned the sound down and played loud music, what album would u suggest?

get your mom the flowers she really wants for Mother’s Day, indica

If my brother John was a pot head, he’d still be here today.

Selling weed literally went from major felony to essential business (open during pandemic) in much of America & yet many are still in prison. Doesn’t make sense, isn’t right.

There are kids in prison right now because they got caught with some marijuana in their backpack.

Roger Stone lied to Congress, obstructed justice and tampered with witnesses and will not spend one night in prison.

Where is the justice? https://t.co/aUHGOSAJ2N

I smoke by myself and still end up losing the lighter...

What kind of stoner are you??

Poor Rush. Poor, fat, stupid, sick, hypocritical, drug addicted Rush. Back when he was using, he admitted to taking over 30,000 OxyContin. You know what that means? He’s not just a moron, he’s an Oxymoron!

We don’t need a wall. We need to end ‘the war on drugs’ which would cripple cartels & give the US more control over drugs. Addiction should be treated as illness not a crime. Growing up in S. California we visited Mexico all the time. I love Mexico.

Do you and your family know how to avoid drug-laced foods? Learn how. #TipTuesday https://t.co/xlp9pux5t0 pic.twitter.com/Fkfsm5qU9Y

TOP COMEDY SPECIAL
Ilana Glazer: "The Planet Is Burning" opens with jokes about how her character on "Broad City" differs from herself around weed.
Pete Davidson: "Alive from New York." The opening weedy bit is priceless, and has some good advice for Tokin' Women everywhere.
BEST JOKE

Bill Maher on Real Time: "Trump was on NBC, Biden was on ABC, I was on THC."

Larry David as BernieSanders on SNL thanks everyone who voted for him, including "the hot girls who love weed." 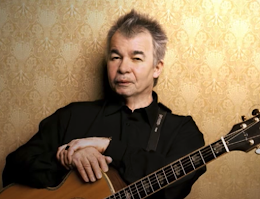 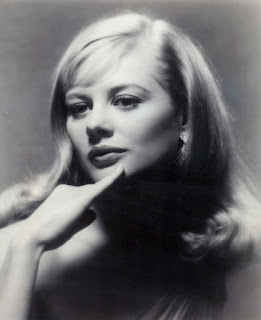