TOKIN WOMAN OF THE YEAR 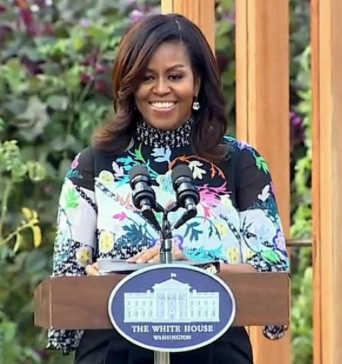 We've got to give this year's honor to former First Lady Michelle Obama who, in her new memoir, candidly wrote about smoking pot with a high school boyfriend in his car (where they also fooled around).

Obviously her youthful dalliance with weed didn't turn Michelle into a worthless pothead. It may even have encouraged her interest in organic fruits and vegetables.

Other famous women who outed themselves this year include Kristen Bell, who said on the podcast WTF with Mark Aaron, “I like my vape pen quite a bit," adding that it doesn't bother her sober hubby Dax Shepard when she uses it occasionally. Her admission stirred some controversy, leading to Shepard tweeting in support.

Charlize Theron, while promoting her marijuana-themed movie Gringo, told E! Magazine, "I was a wake-and-baker for most of my life" and said to Jimmy Kimmel that she had "a good solid eight years on the marijuana." Now, she and her mom share edibles they use for sleep.

Fran Drescher, who wrote about her battle with ovarian cancer in Cancer Schmancer, keynoted a medical marijuana conference in Portland this year. Not only did cannabis help with her own recovery, she reports her father is using it to deal with his Parkinson's disease.

Gayle King, guesting on The Ellen Show, mimed smoking pot while talking about Ellen's recent birthday party, where Amy Schumer told King that she wants to get her high. King says she's planning to try it, and that her friend Oprah Winfrey "has smoked a little marijuana too." In a separate interview on Ellen, Oprah declared the pot-infused birthday party "the most fun I ever had. I don't even know what happened to me." I wonder if she got a contact high (at least).

In other outings, Liz Phair talked about smoking weed with Joe Rogan. Miley Cyrus promised she'd be back to smoking someday, and now says her mom got her back to smoking. Carly Simon said she uses CBD oil on her knee, and Toni Braxton embraced CBD as a treatment for lupus. Chelsea Handler,  Kathy Ireland and Gwynneth Paltrow announced cannabis products or brands, as did Estée Lauder.

Read more »
Posted by Tokin Woman at 8:47 PM No comments: 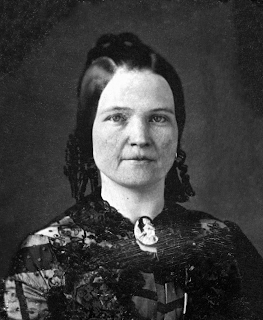 Last week, the Mary Todd Lincoln House in Lexington, Kentucky celebrated the 200th birthday of our former first lady. It's fitting that the celebration came as Kentucky Senator Mitch McConnell signed off on language for a farm bill that will legalize hemp cultivation in the US, should President Trump choose to sign it.

Mary Todd was a Southern Belle from a prominent, founding family of Fayette county, Kentucky. According to the Kentucky Office in Lexington:

Hemp was introduced at an early date [in Fayette]. Nathan Burrowes, a county resident, invented a machine for cleaning it [in 1796]. The soil produced fine hemp and in 1870 the county grew 4.3 million pounds. The crop declined in the 1890s because of increased demand for tobacco and competition from imported hemp from the Philippines. In 1941, when the federal government saw a possible shortage of manila rope from the Philippines, farmers were encouraged to grow hemp once again for use in World War II. The crop declined again in 1945.