Laughter: Still the Best Medicine in Any Language

Author: Julia Negron
Note: Julia Negron of North Hills is director of the Los Angeles regional chapter of A New PATH (Parents for Addiction Treatment and Healing) and a co-founder of Moms United to end the War on Drugs.

TIME TO SAY NO TO WAR ON DRUGS

IMAGINE a world without the scourge of our current punitive drug policies. Imagine a world where we mothers no longer wait teary eyed in prison visiting lines, where our daughters live to gift us with happy grandchildren.

Imagine our sons getting in trouble with drugs and getting saved because they are worth saving. Imagine borders where tourists bask in the sun without fear, and drug cartels' gunshots are replaced with lilting music. Imagine passionately wanting a better future for our children and grandchildren so that all humanity is treated with dignity and kindness. Imagine that billions in funding is funneled into education. Imagine that we stop fighting a war with ourselves.

It may seem odd for a mother to make a case for decriminalizing illegal drugs. But I can give you a grandmother's/drug counselor's/prison visiting mom's take on how we have turned on our own - how the "War on Drugs" has generated more victims than successes.

We turned on our own when we stopped helping people who need help; when we attacked the most marginalized of us; when we lost our compassion for the suffering; and when we handed over the treatment of our sick kids to men with badges, not stethoscopes.

It happened when we stood silently while criminalizing a whole class of people. When we made smuggling and killing profitable. And, we pay for this by cutting education and programs that lift people out of poverty and vulnerability, guaranteeing that nothing changes.

In real -time there is little available to help the afflicted, so we lock them up out of sight and out of mind. In my world that means "prison churning." My own son developed drug dependence early-on and has now given years to a corrections system that can not "correct" him.

His chances to make a better life for his children dim with each prison term. My life is better than my mother's, but my grandkid'sgrandkids' lives will not be better than mine. The cost of the failed War on Drugs is more than just the $40 billion we waste each year.

Think of the families torn apart by harsh prison sentences. How could we let this hopelessness happen to half a million children with a parent in prison!

As a nation we've spent billions year after year for 40 years trying to incarcerate our way out of a health issue. Gun boats and border patrols have been unsuccessful in keeping drugs out of this country, with the result that it just made them more costly. Harsh prison terms have handed us back a hollow-eyed generation of anti-social unemployable felons.

We've been encouraged to let our kids "hit bottom," and we've dutifully kicked our kids to the curb. Consequently we've buried a generation of overdosed kids who could not get it right, could not get past the stigma, could not find help, feared jail and found no rational agent of change. We tried to "just say no to drugs" yet today things are worse than ever.

I am no different than you. Our tax dollars paid more than $250,000 to incarcerate my non-violent drug offender son in California prisons so far.

This waste must change. We can do this together. We have a way; we can start by reclassifying personal possession of small amounts of illegal drugs as misdemeanors. We can give our kids a chance to not be labeled a felon for life.

The group Moms United to End the War on Drugs has a simple mission: end the waste of the War on Drugs; end the failed policies; end the mass incarceration, the overdose deaths, and the border violence. Start by getting into action and join us in our solutions. Join us in protest on the 40th anniversary of this most damaging war - June 17 - and "just say NO" to the War on Drugs.
Posted by Tokin Woman at 12:00 PM No comments: 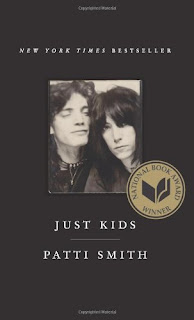 UPDATE 10/10/2016 - Today has been declared Patti Smith Day in Boston. Smith has a new book out, M Train. In December, she’ll perform at the Pathway to Paris concert, which will coincide with the U.N. climate change conference. Pathway to Paris was co-founded by her daughter, Jesse Paris Smith.
Posted by Tokin Woman at 10:33 AM No comments: