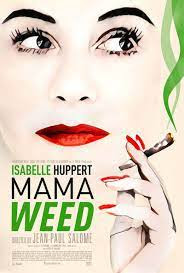 Mama Weed, now on Amazon Prime and YouTube, stars the accomplished French actress Isabelle Hupppert and is based on the book The Godmother: A Crime Novel by Hannelore Cayre, which won the 2019 Grand Prix de Littérature Policière, France’s most prestigious award for crime fiction.
Huppert plays Patience Portefeux, a middle-aged Arabic language PhD working as a police interpreter on drug cases, while worrying about paying for her mother's care facility and her own retirement. Her boss, with whom she's having an affair, offers to take care of her but, true to her deceased husband's memory and not really into following the law, she takes a different path.
Patience's father, it is revealed, was a penniless Algerian immigrant who skirted the law out of necessity, and she has sympathy for the people she spies on through police wiretaps, "all to send kids to jail to get radicalized for three grams of hash." Or, as Cayre writes, "The interpreter was simply a tool to accelerate the act of repression." Patience sometimes colored her translations or "invented things" to help needy defendants, or did the opposite when they tried to implicate their poorly-treated wives or girlfriends. 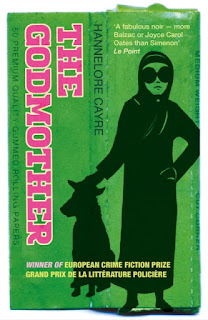 "From the first day of my professional life, I had understood that there was no logical point to my work," Patience says in The Godmother.  "Fourteen million cannabis users in France and 800,000 growers living off that crop in Morocco. The two countries are friendly, yet those kids whose haggling I listened to all day long were serving heavy prison sentences for having sold their hash to the kids of cops who were prosecuting them and and of the judges who were sentencing them, not to mention all the lawyers who were defending them...
"I can only think though—even if my cop boyfriend insists I'm wrong—that this excess of resources, this furious determination to drain the sea of hash inundating France, teaspoon by teaspoon, is above all else a tool for monitoring the population insofar as it allows identity checks to be carried out on Arabs and Blacks ten times a day."
Read more »
Posted by Tokin Woman at 3:57 PM No comments:

Did the Black Dahlia Murder Have a Marijuana Connection? 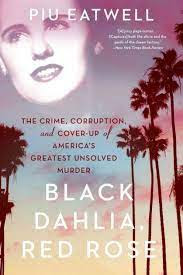 The gruesome 1947 murder and mutilation of 22-year-old aspiring Hollywood actress Elizabeth Short, who became known as the "Black Dahlia," remains unsolved until this day.
A 2017 book, Black Dalia, Red Rose by British author Piu Eatwell makes the case for an LAPD coverup involving the smearing of their own chief police psychiatrist Dr. Joseph Paul De River because he prescribed marijuana to his wife for severe pain.
Eatwell, who was able to get the FBI file in the case (but not the LAPD records, which are still under seal), presents evidence for bellhop and one-time mortician's assistant Leslie Dillon as Short's killer, acting at the behest of nightclub owner Mark Hansen because Short refused to date him exclusively, or work as a prostitute. Eatwell theorizes that the LAPD knowingly let Dillon off the hook because Sergeant Finis Brown, one of the case's two lead investigators, was in cahoots with Hansen during the days when LAPD's infamous "Gangster Squad" had ties to mob figures.
In 1949, police came close to arresting Dillon after he sent a quasi confession under a pseudonym to Dr. De River, an expert on sexual crimes who wrote a book titled The Sexual Criminal: A Psychoanalytical Study. De River interrogated Dillon, getting him to implicate himself.  In testimony before a grant jury, the doctor was critical of LAPD and its investigation into the Black Dahlia case, making him an enemy of corrupt members of the police force.
On March 2, 1950, just after Dr. De River spoke at a luncheon meeting for the Parkview Women's Club on the subject of "Juvenile Delinquency and the Home's Influence in Its Prevention," he was asked to stop by the city attorney's office where he was interrogated by officers of the State Division of Narcotic Enforcement about a series of prescriptions he had written between December 1949 and January 1950. The doctor explained to agents that he had written them as painkillers for his wife Gladys, who had been in severe pain after a botched spinal surgery to treat her ALS (Lou Gehrig's disease, for which, it turns out, cannabis may be helpful).
Read more »
Posted by Tokin Woman at 1:02 PM No comments:

What Were Hoffmann and Schiller Smoking? 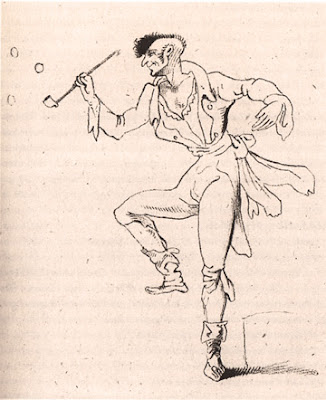 German author E.T.A. Hoffmann, whose stories became the “Tales of Hoffmann” in the Offenbach opera and The Nutcracker in the Tchaikovsky ballet, published a story titled “The Golden Flower Pot” in 1814. In it, a student named Anselmus sits under an elder tree where he “filled a pipe with the health-tobacco which his friend Sub-Rector Paulmann had given him.” The word used in the original is Sanitatsknaster, meaning health-tobacco box.
According to a 2018 article, "Der Knaster-Mythos," by Von Jörg Auf dem Hövel (in Google translation): "Hans-Georg Behr reported that while traveling with hippie friends in a pub in Thalhausen around 1970, Bavarian farmers told him that in their youth, when hemp cultivation was still common, they smoked hemp 'herb' as a tobacco substitute, just like her grandparents would once have done. An exiled Thuringian said that in his homeland they used to call the stuff Knaster."
“Anselmus’s self-communings were interrupted by a strange rushing, swishing sound which started in the grass just beside him,” Hoffmann writes. He soon sees three little green and gold snakes who whisper to him. “An electric shock went through his entire body…everything around him began to stir, as if waking into joyful life.” That's some pretty healthy "tobacco."
Read more »
Posted by Tokin Woman at 5:35 PM No comments: