All winners qualify for a copy of "Tokin' Women: A 4000-Year Herstory." Write here with your address to claim yours.


Tokin' Woman of the Year 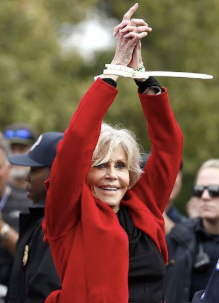 At the age of 81, Jane Fonda has been getting arrested weekly to protest a lack of action on climate change, so much so that she has had to enlist her fellow celebs to get arrested in her place so that she doesn't risk missing filming for the new season of her series "Grace and Frankie" on Netflix. That's right: Fonda is not only still politically active, she is still working. Take that, people who think potheads are lazy and don't care about anything.

"You don't mind if I turn on, do you?" Fonda asked Rex Reed before puffing pot on New Years Eve, 1969, the day she found out she won a much-deserved NY Film Critics Award for her performance in They Shoot Horses, Don't They? "Hey, it's no secret that I've smoked pot," Fonda wrote in her 2005 autobiography My Life So Far. She's been spotted (or smelled) in recent years taking a toke at Hollywood parties.

Fonda was the main force behind the 1980 film 9 to 5, where she plays an innocent office worker who finds her inner strength with the aid of weed and gal pals Lily Tomlin and Dolly Parton. The film was a breakthrough in more ways than one: the first depiction on film of "an old-fashioned ladies pot party," it also lead to the formation of the SEIU (Service Employees International Union).

I quibble with Fonda's Netflix character Grace, who denigrates co-star Tomlin's character Frankie for smoking weed while she herself downs alcohol and painkillers (and occasionally smokes pot herself). I liked Jane much better as another Grace, the hippie grandmother she embodied in the 2011 movie Peace, Love & Misunderstanding: her home reeks of pot, she deals a little on the side, and she introduces her grandkids (Elizabeth Olsen and Nat Wolff) to both protesting and the wonders of weed.

I recently listened to an interview Fonda gave at the San Francisco Film Festival in 1975. It was evident how thoughtful, intelligent and committed to both her art and her politics she is. She talked about how the Nixon administration tried to blackball her from the the movie industry due to her political activity, but she prevailed. It's nice to see prominent women now able to stand up for cannabis and causes, and stay in the public eye. And we all owe Jane a debt of gratitude for that. 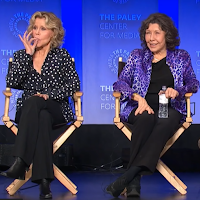 At the 2019 PaleyFestLA panel with the cast of "Grace & Frankie," cast members remarked at their surprise that so many young people "really respond" to the show. "I think it's all the weed," actor Ethan Embry (Coyote) opined, to great laughter. Fonda was asked how she kept her energy up at her age. She replied that she sleeps nine hours a night, and then pantomimed taking a puff. Calming the applauding crowd down, she said, "It's called a Dosist. It's white, it has 200 hits, you can't smell it, and it works."

For being a true, pot-smoking warrior woman for the people and the planet who walks her walk and doesn't quit, we honor Jane Fonda as 2019's Tokin' Woman of the Year.

Read about our other Tokey winners:

Read more »
Posted by Tokin Woman at 7:30 AM No comments: 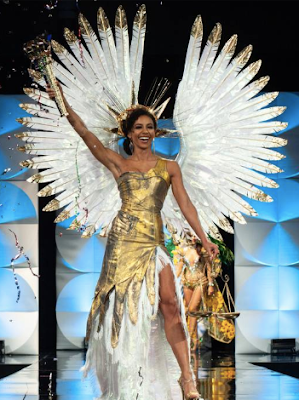 Kryst is a complex litigation attorney who supports marijuana legalization and has worked pro bono with clients who have served excessive time for low-level drug offenses. According to Insider.com, one such client was Alfred Rivera, who originally received a mandatory life sentence without parole for a low-level federal drug crime. Kryst noted how Rivera was sentenced to more time in prison than Brock Turner, the Stanford student who was convicted of raping a woman but only given 6 months in jail.

"Kryst said the criminalization of marijuana has also created a cycle in which people who have been convicted of low-level drug crimes can't reenter the job market," Insider reported. "I think there are many people who have just been pushed out of society," she said. "Now people won't hire them and so they don't have a job and now they have to do something, and maybe they turn to dealing marijuana because there's nothing else they can do. I just think there are so many other solutions that we have beside throwing people in jail for these low-level drug offenses."

Kryst has become a correspondent for Extra TV since moving to New York to become Miss USA. She made it to the top 10 of the 90-woman competition that was ultimately won by Miss South Africa Zozibini Tunzi. 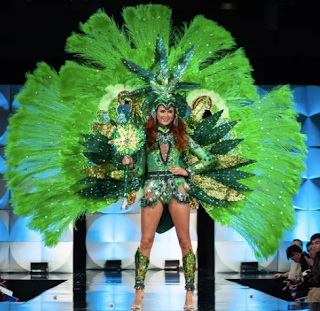 Meanwhile, Miss Canada Alyssa Boston went all out last night, wearing a Vegas-style marijuana-themed costume in the competition. Boston told Vice,
"I think that's the biggest point, is to have somebody who's not in the industry talk about it and it could really open the eyes of a whole different group of people."

Last year’s Miss Universe winner, Catriona Gray of the Philippines, said she supported medical cannabis legalization. The country’s House of Representatives later passed a bill in favor of legal medical marijuana. In 2015, Miss Universe Australia Monika Radulovic said she supported legal weed in some circumstances; she was eliminated following that question round.

In 2011, Miss California Alyssa Campanella was given points for her answer in favor of medical marijuana on her way to being crowned Miss USA. She made it to the top 16 competing for Miss Universe.

Poet, musician and activist John Sinclair has been in the news, as one of the first to purchase newly legal marijuana in his home state of Michigan.

Sinclair became a poster child for marijuana law reform when he was given a 10-year sentence for two joints, prompting Yippie! Jerry Rubin to organize an all-star Freedom Rally held on December 10, 1971 at the University of Michigan in Ann Arbor.

On the bill were Michigan natives Stevie Wonder, Bob Seeger, and Commander Cody (who did a soulful "Down to Seeds and Stems Again Blues"). Also appearing were VIP Allen Ginsberg, Phil Ochs, Steve Miller, Chicago Eight members David Dellinger, Renne Davis and Bobby Seale (ungagged), and, in his first American performance since the break up of the Beatles, John Lennon with Yoko Ono, who performed his composition "The Ballad of John Sinclair." Two days later, an appellate court freed Sinclair on bail.

Speaking at the rally in support of her son was Sinclair's 59-year-old mother Elsie Sinclair (about 39 minutes in here). Elsie said, to cheers from the crowd, "I can tell you young people: you can teach more to your parents than your parents have ever taught you. I’m speaking from experience. I just read John's book Politics and Music and I didn’t dig the music but I dug the book. I’m beginning to dig the music."

Most of us know the tune as one sung by Pancho Villa's soldiers:

See a 13-year-old Judy Garland singing about "La Cucaracha" and marijuana in 1935:


La cucaracha was a nickname for a female Mexican soldier, and legend has it that "marijuana" too was named for such a woman, since they were also called juanas.

According to the book Soldaderas in the Mexican Military: Myth and History by Elizabeth Salas, soldiering has been a "traditional life experience for innumerable women in Mexico" since pre-Columbia times. "Women warriors, camp followers, coronelas, soldaderas, and Adelitas are just some of the names given to these women,” she writes. A footnote adds that Juanas and cucarachas were other names applied to women in the Mexican military, along with mociuaquetzque (valiant women), viejas (old ladies) and galletas (cookies).

Salas says "La cucaracha" is a corrido (Mexican folk song) that has its roots in nineteenth century Spain. Later, soldiers in Porfirio Diaz's army sang about "La cucaracha" to mock a soldadera that wanted money to go to the bullfights. "With the Villistas, 'La cucaracha' wanted money for alcohol and marijuana," writes Salas. "She was often so drunk or stoned that she could not walk straight."