Buffy Sainte-Marie: Carrying It On 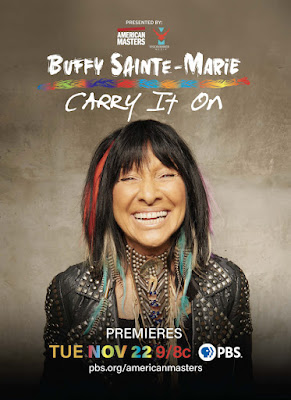 The new PBS American Masters documentary "Buffy Sainte-Marie: Carry It On" is an illuminating and long overdue tribute to this amazing folk singer and songwriter, whose work was suppressed by the US government.

Born in Saskatchewan and raised by adopted parents in Maine and Massachusetts, Sainte-Marie was an overnight success in the Greenwich Village coffeehouse scene of the 1960s. She wrote the anti-war song "Universal Soldier," which was recorded by Donovan and many others, unwittingly giving away her publishing rights to the song for $1 (and partially buying them back years later for $25K). Another early song was "Cod'ine" which she wrote in 1964 after a doctor got her addicted to the opiate drug, from which the young singer went into withdrawals when she stopped.

Another hit was "Until It's Time for You to Go," a modern, feminist love song that asked for no commitment from a man. It was recorded 37 times by Elvis Presley and by 157 other artists. (This time she was smart enough not to relinquish her publishing rights, even when Elvis's manager tried to insist.)

"Show business changed," she says in the documentary. "The drug went from coffee and a little pot to alcohol and a little cocaine, and a lot of coffeehouses went out of business. And it just went from a time of innocence to a time of, 'Goose it. Here's where the money is.'"

Read more »
Posted by Tokin Woman at 3:37 PM No comments: 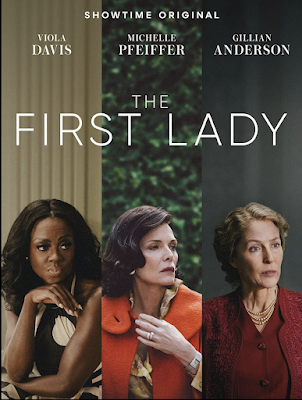 Read more »
Posted by Tokin Woman at 7:08 AM No comments: