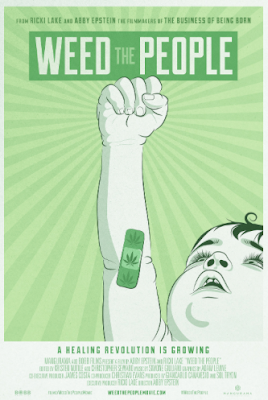 Weed the People, the Ricki Lake–produced film about the journey parents and their children with cancer are taking with cannabis, could be the best documentary I've seen on marijuana, possibly because it's a film made by women and largely depicting women.

The film follows several children undergoing cancer therapy, who are able to stop using powerful opiate painkillers and sometimes see their tumors shrink while using cannabinoids. The intimate stories of the families are exceptionally powerful, and the film goes further to interview doctors, researchers, and activists, presenting a historical perspective on the war on marijuana that has put patients in jeopardy by the illegality of cannabis, and the roadblocks to research on its uses in the US.

One mother summed it up well when she said, "I just find it staggering to accept that with the billions of dollars spend on cancer research, that the medicine we're relying on is made is somebody's kitchen."

Read more »
Posted by Tokin Woman at 9:08 AM No comments: 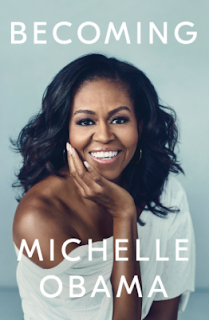 Michelle Obama's memoir Becoming, released today, contains a passage about her high school days when she and a boyfriend named David “fooled around and smoked pot in his car.”

Obviously her youthful dalliance with weed didn't turn Michelle into a worthless pothead. She graduated from Princeton and Harvard Law School, and met her future husband Barack Obama when he interned for her at a law firm.

Read more »
Posted by Tokin Woman at 9:08 AM No comments: