Kendall Jenner Would Like To Buy the World a Toke

Kendall Jenner, who got flack for her appearance in a 2017 ad wherein she offers a policeman a Pepsi at a mock Black Lives Matter protest, was outed as a cannabis consumer on the podcast "Sibling Revelry" with Kate Hudson and her brother Oliver. Asked towards the end of the show by Oliver, "If there was a stoner [in your family] who would it be?" Jenner's sister Kourtney Kardashian was quick with her reply: "Kendall."

"I am a stoner," the 24-year-old model and businesswoman agreed. "No one knows that, so that’s the first time I’ve ever really said anything out there." A horsewoman, Kendall also said she "would love to be the second Olympian Jenner" as a Grand Prix hunter/jumper.  She also spoke about her struggles with anxiety and panic attacks (which cannabis probably helps her with). In May, she posted a sweet tweet checking in about people's mental health during COVID.

A 2014 "Keeping up with the Kardashians" episode shows mama Kris and her mother M.J. munching medicinal gummy bears and giggling. In 2015, Kourtney's husband Scott Disick entered a facility in Costa Rica that uses the psychedelic plant Iboga in its treatment for drug and alcohol addiction. Kim Kardashian, who reportedly got married and made a sex tape on Ecstasy, advocated for the release of nonviolent drug offender Alice Johnson (winning her a 2018 Tokey Award; her CBD-themed baby shower earned her a 2019 Tokey). 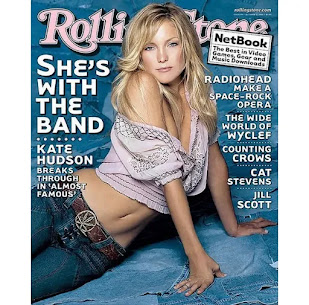 Kate Hudson, who cheered when Kendall made her podcast admission, had a 420-themed 40th birthday party in 2019, and on 4/20/20 she posted a picture of her October 2000 Rolling Stone cover on which she rocks a marijuana-leaf belt buckle. “In honor of 4/20, I thought I would pull out my @rollingstone Weed belt cover and I am sharing information about benefits of marijuana, cbd and hemp in my stories,” she wrote in the accompanying caption. “The benefits are plentiful and the goal is to be responsible! Stay safe out there."
Jenner was named as one of People magazine's 50 most beautiful people in 2014. In 2017 and again in 2018, Forbes listed her as the #1 highest-paid model in the world. In July 2018, Money reported that her net worth is around $18 million, but Celebrity Net Worth now calculates it to be around $45 million.

Perhaps with all that money Kendall should redeem herself for her Pepsi debacle by taking a cue from Smashmouth ('cause out here in California it feels like we're Walking on the Sun these firey days, and CA Gov. Gavin Newsom is alluding to the "smash mouth reality of climate change"):

It ain't no joke I'd like to buy the world a toke
And teach the world to sing in perfect harmony...

Thanks to CelebStoner for the tip.