Putting a Sassy Stamp on It: Sarah Vaughan Gets USPS Approval

UPDATE 4/16: Two days after Vaughan's 92nd birthday, her US postage stamp was released. 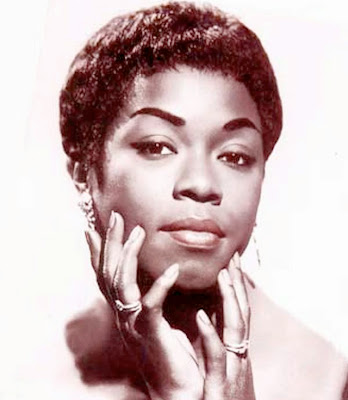 The Washington Post has leaked a list of luminaries for whom US postage stamps have been approved or are in the works. Listed as "in design development" are VIPs Janis Joplin and Steve Jobs. Approved subjects not yet in the design stage include VIPs Barack Obama, Bill Clinton, George W. Bush, Jim Morrison, Fats Waller, Freddie Fender and John Lennon.

Another honoree on the list who was not previously known as a Tokin Woman is the incomparable jazz singer Sarah Vaughan (pictured left).

According to Sassy: The Life of Sarah Vaughan by Leslie Gourse, in 1943 Vaughan joined the Earl Hines band, which featured Dizzy Gillespie and Charlie Parker ("Bird"). Gillespie told people, "Sarah can sing notes that other people can't even hear," something he also said about Parker's sax playing.

Sarah, the band members say, wisely never had anything to do with heroin, though "undoubtedly she smoked marijuana with Bird and some of the other men on the road.....all night long, she liked to have a party, either in her room, or in Johnnie Garry's, or at some place in town. Sometimes the party was a marathon, with Sassy hanging out for three days at a time, never going to sleep, taking part in every kind of refreshment available--cigarettes, drinks, food, marijuana, maybe cocaine if there was any."

British jazz singer Annie Ross, who worked with Vaughan in the 1950s, was interviewed for Gourse's biography, which says, "As a very young woman, Annie, like Sassy, had enormous energy for a life in the fast lane; together they stayed up all night, drinking and smoking. Sassy liked marijuana and cocaine."

Buster Williams was 20 years old when Vaughan hired him in 1963, generously buying him a bass to play in her band. Gourse writes that Williams smoked marijuana for the first time with Sarah. "She had the uncanny ability to make her voice shimmer," he said. 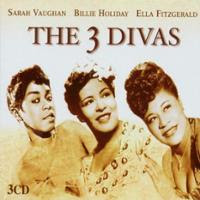 Vaughan was still enjoying marijuana in April 1989, when Katie Neubauer, an organizer for the Tri C Jazz Fest in Cleveland "was wandering around backstage at the theater when she smelled heady marijuana smoke. She followed the scent to Sassy's dressing room, where the star was also enjoying a glass of brandy. Sassy then walked onstage and gave a magnificent performance. Katie was amazed that Sassy could perform so well while under the influence of brandy and marijuana." Afterwards, while Vaughan was chatting with scholarship funders at a cocktail party, Katie overheard Clark Terry say, "I wish that I could do with my trumpet what that woman does with her voice." Vaughan then presented Katie with a bouquet of roses she'd been given, saying "I can't take these on the road."

Asked by Dick Cavett if she could live up to her old nickname Sailor, "Sassy grinned, completely at ease, candid and articulate, and said she could outcuss Popeye, the Sailor Man. Would she give a sample? 'I most certainly will not,' she said with her very ladylike sweetness."

Born on March 27, 1924 Vaughan died in 1990. Village Voice jazz critic Gary Giddins called hers "the voice that happens once in a lifetime, perhaps once in several lifetimes."


Sarah's contemporary Ella Fitzgerald, who recorded "When I Get Low, I Get High" in the 1930s, already has a postage stamp.

P.S. I just read that Stuff Smith's "If You're a Viper," recorded by Fats Waller in 1943, was first recorded by blues singer Rosetta Howard in 1938.
Posted by Tokin Woman at 1:04 PM