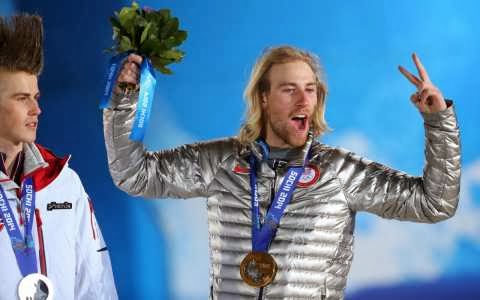 The first US Gold Medal at the Sochi Olympics went to 20-year-old Sage Kotsenburg, who hadn't even been expected to make the team. "Whoa how random is this, I made the finals," Kotsenburg tweeted, and told reporters "I'm so stoked to be here," at a post-win press conference, leading to puzzlement by Russian translators.

On a course so controversially dangerous that one of the riders broke his collarbone in practice, Kotsenberg decided at the last minute to try a trick he had never performed before for his Olympic run. He called his brother named (no kidding) Blaze to get his approval before attempting a backside 1620 Japan (which entails rotating 4 1/2 times) and winning the gold.

The following day, Jamie Anderson of South Lake Tahoe, California -- a clear favorite to win the women's slopestyle competition -- also won a gold for the US. Anderson called the opportunity to compete in the games "mind blowing" and said she was going into the event with "an open heart and open mind." She ended her interview with "namaste" and a flashed a peace sign. 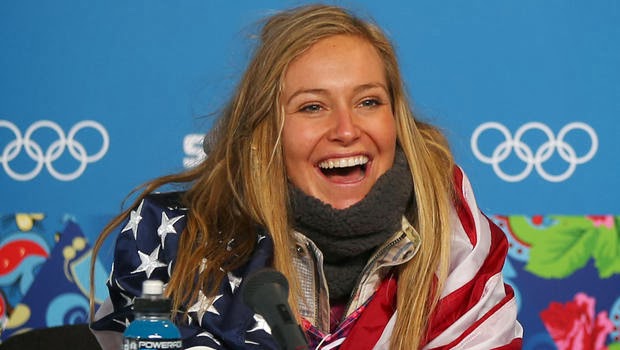 Based on the personalities of the two American gold medalists, it seems like being a slopestyle competitor is good for the soul. Despite all the pressure, Anderson—just like Sage Kotsenburg the day before—was maddeningly chilled out, sounding like a stereotypical stoner during interviews. In fact, her blissed-out attitude probably puts a lot of stoners to shame.

It’s little wonder that British bronze medalist Jenny Jones calls Anderson “a bit of a hippy,” as Reuters notes. She wears “mantra beads” around her neck that were made by her yoga teacher in Breckenridge, who “made them for me with sacred energy put into them.” Anderson also wears a large quartz crystal she describes as “a powerstone” and a triangular moonstones, explains the Washington Post. And that’s just for starters. “You should see what’s in my backpack,” she said, according to Yahoo Sports. “A medicine bundle.” 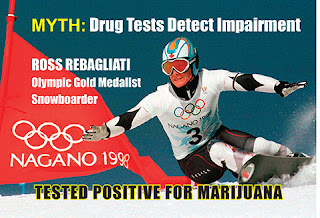 The first-ever "straight" snowboarding medal was won by Canadian Ross Rebagliati in 1998, but he was almost stripped of his medal after testing positive for marijuana after the race. Rebagliati admitted that he had smoked marijuana in the past, but said the positive test was the result of accidentally inhaling nearby marijuana smoke at a going away party in his hometown of Whistler, BC. The Olympic committee allowed Rebagliati to keep his medal and he is now opening a medical marijuana dispensary specializing in "Ross's Gold."

Last year, the World Anti-Doping Agency that governs Olympic drug testing raised the threshold for marijuana tests from 15 ng/ml to 150 ng/ml of urine. Rebagliati had 17.8 ng/ml of THC in his urine and would have passed by today's standard.

Meanwhile, the author of an article in the National Law Review frets about workplace safety in the wake of the legalization wave. But if these Olympians are any indication, maybe the problem is that our workers aren't smoking enough to embrace life with the proper enthusiasm.

Update 2/14: The US men's team were "stoked" to sweep the podium in slopestyle skiing, leading Bill Maher to joke it's "a sport invented by white stoners who call each other 'brah'." In the women's halfpipe snowboarding competition, Kaitlyn Farrington and Kelly Clark of the US team took the gold and bronze medals. Teammate Hannah Teter came in fourth, calling it "a bummer."

2/16:  An article about the relaxed standard for marijuana drug tests at the Olympics says, "Officials say that means an athlete who smoked some weed before the Olympics, or inhaled second-hand smoke, wouldn’t likely test positive in Sochi. Someone who failed the new test would have to be 'a pretty dedicated cannabis consumer,' WADA officials have said.

"Officials acknowledge that they have had problems finding the right balance between athletes who use marijuana to cheat and those who just enjoy a toke every now and then. Arne Ljungqvist, who heads the IOC’s medical commission and is also on WADA’s board, said the changes came after a long debate about the drug."

Ljungqvist said WADA came to the conclusion that “marijuana can be a performance enhancing stimulant and it is therefore forbidden in relation to a competition.” However, because marijuana “is a socially more or less an accepted drug being used in social context” the threshold for a positive test during competition was increased.

"Marijuana has been controversial for years at WADA and there have been plenty of calls to drop it from the banned list," the Globe and Mail article stated. "Just about everyone agrees that taking marijuana immediately before a competition wouldn’t help, but some argue that dope can reduce stress, speed recovery and provide other advantages." 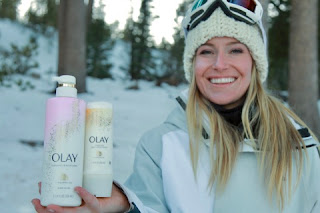 Anderson came back after a crash in 2019 that caused her to suffer a facial contusion to again win gold at the X Games Aspen in 2020. Olay Body has now dubbed her a “winter warrior,” someone who "pushes past the bitter cold to overcome anything and be fearless in her skin."

“I think it only takes a handful of role models who are like, ‘It’s cool to party and all, but I value feeling good and letting my body heal and recover and being able to perform at my highest level,’” Anderson told Forbes. “It seems to be in snowboarding it’s more so trending to be really healthy and conscious because everyone just wants to feel good.” The Jamie Anderson Give Back With Love program was established in 2013 to "offer scholarships and help kids get into sports and live healthy, active lifestyles."