The Goop on Gwyneth: She's a Vaper 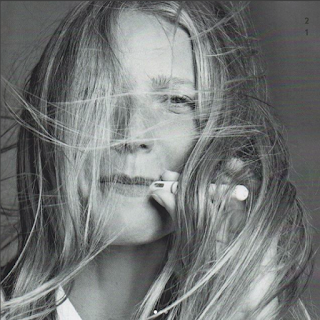 On the heels of the news that Olivia Newton-John uses medical marijuana, another blonde icon, actress Gwyneth Paltrow, vaped her way through a cover shoot for the premiere issue of her new magazine Goop, while chatting about the medicinal use of cannabis.

“What’s really interesting to see, with all the legalization of marijuana happening, is how there’s evidence that it can be helpful in a medicinal sense for people,” she said. “That it can really be an alternative pain management system, and, in some cases, helpful for depression.


She also spoke about the “complete opioid epidemic. And then we are as a culture, very resistant to more natural options….So, we’re just at this very interesting, I think, paradigm shift, because, we can tell that culturally people are so fascinated, and they want to try ways to take control over their health and well-being. They want to be the steward of their own ship.” 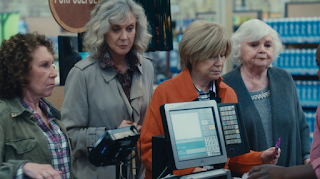 Famous (and often ridiculed) for her ultraclean lifestyle, Paltrow is the daughter of the also-luminous Blythe Danner, who starred in 2015's I’ll See You in My Dreams, featuring a pot party followed by a munchie run with Rhea Perlman, Mary Kay Place and June Squibb (pictured).

In a career that has spanned Jane Austin to Austin Powers, Paltrow won a much-deserved Oscar for her role in Shakespeare in Love, in which she played a woman pretending to be a man in order to appear on stage, a nice twist. She has authored two cookbooks and just opened a Goop store.

Gwyneth admitting to marijuana use will no doubt spawn jokes along the lines of, “This explains why she named her daughter Apple.” With more and more revelations like hers, it won’t be long before marijuana is as American as Apple Pie.
Posted by Tokin Woman at 3:48 PM