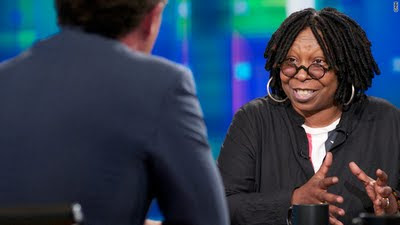 Morgan reported that Newsweek magazine recently said Whoopi was the most popular host of The View and is even more popular than Oprah. Her contract on The View is up for renewal.
Posted by Tokin Woman at 7:24 PM