Carolyn Cassady Steps Off the Road, Leaves Her Record 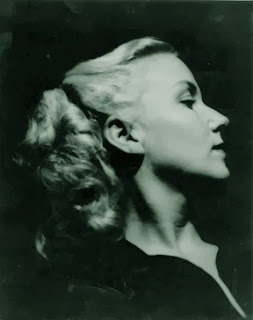 It's been reported that Carolyn Cassady, Beat-generation author and wife of Neal, has died at the age of 90.

Neal Cassady was the real-life inspiration for Dean Moriarty in Jack Kerouac's On the Road, the 1957 novel that set the beat generation in motion. He is also the "N.C., secret hero of these poems" mentioned in Allen Ginsberg's Howl.

In her book Off the Road: My Years with Cassady, Kerouac, and Ginsberg (William Morris, 1990), Carolyn recounts how Neal turned her on to marijuana, telling her: "Now darling, listen to me. You must have no fear, hear me? It is completely harmless, I promise you. All the tales you're doubtless heard are entirely false, perpetrated by Anslinger and his boys to keep up employment in the narcotic squads. All this does is heighten your sensory perception, awaken your own true awareness and speed up your thought processes while giving the impression that time has immeasurably slowed. You'll see more and see better…colors…patterns…you'll hear every note of every instrument, simultaneously. You'll be amazed at how much you usually miss…You think you've heard music? You've never heard it until you hear it on tea….Then, after a while, we'll dig into that delicious pie you've made and which we were too full to eat, and you'll taste as you never have before…pure ambrosia, you'll see."

He put her on a program of smoking "Tea" every night for a week, so that she could see get accustomed to the effects and wouldn't have to worry about getting paranoid. He taught her how to inhale it and to stop after a few "respectable puffs." Carolyn writes, "Everything he had described proved true, my favorite being the sense of extended time. After savoring the pie, we lay flat on our backs by the phonograph, the music vibrating every cell. . . .I enjoyed the time extension and the second-by-second awareness, as well as the physical feeling of well-being, but I never got over the fear of being caught in an illegal act." After getting too "stoned" (feeling immobilized) at an event, she gave it up, saying she resented "control of my mind by an outside agent." 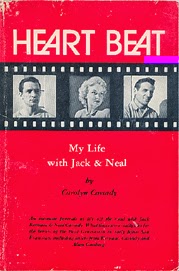 Neal worked for 10 years as a brakeman on Southern Pacific Railroad to support Carolyn and the three children they had together, but he never tamed his wild ways, cheating on her with other women and men (namely Ginsberg), and taking off to Mexico and elsewhere to score weed. She had an understandable and sanctioned affair with the more gentle Jack Kerouac while he lived with them in San Francisco, and the three shared many nights of Tea [marijuana] and conversation. She chronicled the time in her book Heart Beat: My Life with Jack and Neal (1976) which was made into a movie starring Sissy Spacek as Carolyn. Kerouac cast her as Camille in On the Road (played by Kirsten Dunst in the 2012 film adaptation); Carolyn is also the inspiration for Evelyn in Big Sur.

Months after On the Road was published, Neal was arrested for giving away a few joints at a North Beach party and sent to prison for two years. After Neal was arrested, Carolyn said in an interview, “The very next morning the Mercury-News printed this story. This eager-beaver reporter talked to some police chief--and none of them knew nothing yet--so they make up this wonderful story about how Neal was part of a gang that was importing marijuana from Los Angeles and Mexico on the Southern Pacific trains. That’s why he could never get his job on the Southern Pacific again. Even though they retracted it, they said it didn’t matter--it was in the paper. So they never took him back, and that’s what killed him.”

After prison, Neal took a job at a tire factory and Carolyn chronicled how he escaped more frequently into smoking pot and taking benzedrine and morphine as well as "anything else available....In the next four short years I saw him pursue death with every breath of life." He joined the Merry Pranksters on some of their LSD escapades, and it's interesting to read the account of that self indulgence from the point of view of the wife left behind. On his way to getting his old job back at the railroad, he was re-arrested and ended up back with the Pranksters instead.

On February 4, 1968 Neal was found collapsed beside a railroad track in Mexico, after he had reportedly taken a barbituate and alcohol at a wedding. He died there four days before his 42nd birthday. Kerouac, who told Carolyn he would be joining Neal soon, died the following year, after drinking himself to death.

Here's to Carolyn Cassidy, who survived and held her family together in the face of drug-war repression, and left us her story.