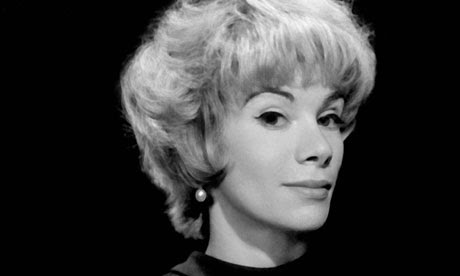 Joan Rivers, a breakthrough artist who was the first comedienne to perform at Carnegie Hall, has died at age 81.

As well as her stand-up career, which continued well past retirement age, Rivers was a prolific writer. She authored the films The Girl Most Likely To... and Rabbit Test, which she directed. She also wrote 12 books, starting with Having a Baby Can Be A Scream and the best-selling The Life and Hard Times of Heidi Abramowitz. She appeared on the Late Night with Seth Meyers to promote her final book, Diary of a Mad Diva, on August 4.

"My heart is torn in half. She wasn't done," tweeted Sarah Silverman, who just showed off her vape pen before picking up a writing Emmy for her new HBO special. Silverman and Jimmy Kimmel traded insults in Joan's honor on a guest appearance where Silverman's "clutch cam" moment at the Emmys was reprised. 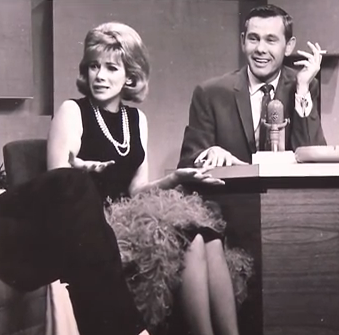 As self-deprecating as Phyllis Diller before her, Rivers was a favorite of Johnny Carson while telling jokes like, "At 30, a woman is an 'old maid'; at 90, a man is still 'a catch.'" But when Rivers accepted an offer for her own talk show on the Fox network, produced by her husband Edgar, Johnny never spoke to her again. Edgar committed suicide after Joan's show was cancelled, leaving her to raise their daughter Melissa alone. She did what she could after that, turning her shrewd eye outwards, and was open about the plastic surgeries she endured to stay viewable.

Rivers won an Emmy for her daytime talk show, and was nominated for Drama Desk and Tony awards for her performance in the title role of “Sally Marr ... and Her Escorts,” a 1994 Broadway play based on the life of VIP Lenny Bruce’s mother. Later, she won Celebrity Apprentice, headed the hilarious Fashion Police and did a reality TV show with her daughter Melissa.

It was on her reality show that Rivers smoked pot in 2012.  When TMZ asked her who else she'd smoked with back in the day, she replied, "Oh, Betty White, George Carlin, Woody Allen, Bill Cosby...we had fun."

Rivers and Lily Tomlin were the two females picked to honor Carlin after, a few days before his death, he was awarded the Mark Twain prize for humor. That night, she said of Carlin, "We met in Greenwich Village, but we couldn't pinpoint the date because he was high on acid and I was totally wasted."

“Can we talk?” was Rivers's catch phrase, and she talked up a storm about marijuana on an Access Live appearance (below), where she says she loves marijuana "because it makes you giggly," but that she rarely smoked it because "it makes you eat." But interestingly, a new study says that although females seem more sensitive to marijuana, it's males who most often get the munchees.