Stoner Babes in Chains (with Chocolate!) 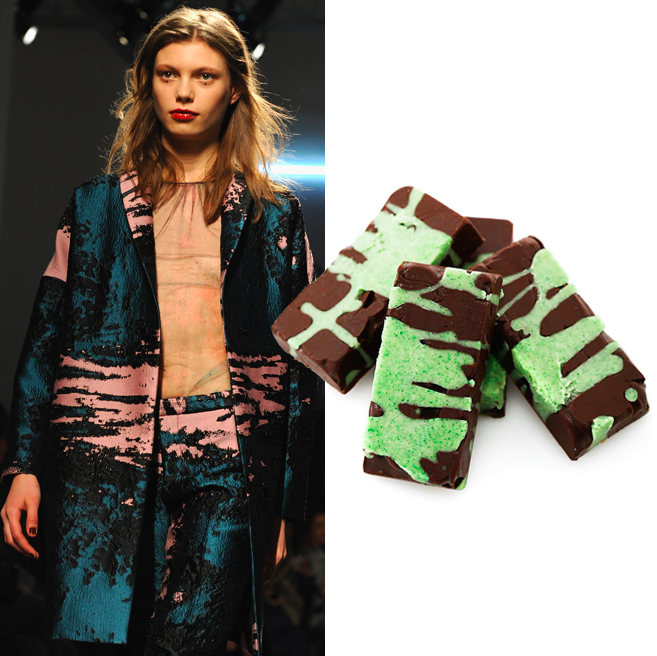 I call them my Popeye moments: "That's all I can stands, and I can't stands no more." So I stuff some spinach in my pipe and start to write.

After an OK start, Elle magazine's "Pot Week" quickly took a nosedive into vapidity, with scintillating (not) stories about how to give yourself a cannabis facial or find pot-leaf-motif accessories, or hempy cosmetics. At least it was nice they were promoting some pot-friendly businesses, I consoled myself.

But the capper came today, with a story titled, "High Fashion: Pairing Artisanal Pot Chocolates With Fall's Best Looks." Because, ladies, you wouldn't want the chocolate you eat not to match your designer duds. How gauche would that be? The piece pictured a Claire Danes-look alike in a fetching frock splashed with color, just like the chic chocolates next to her. 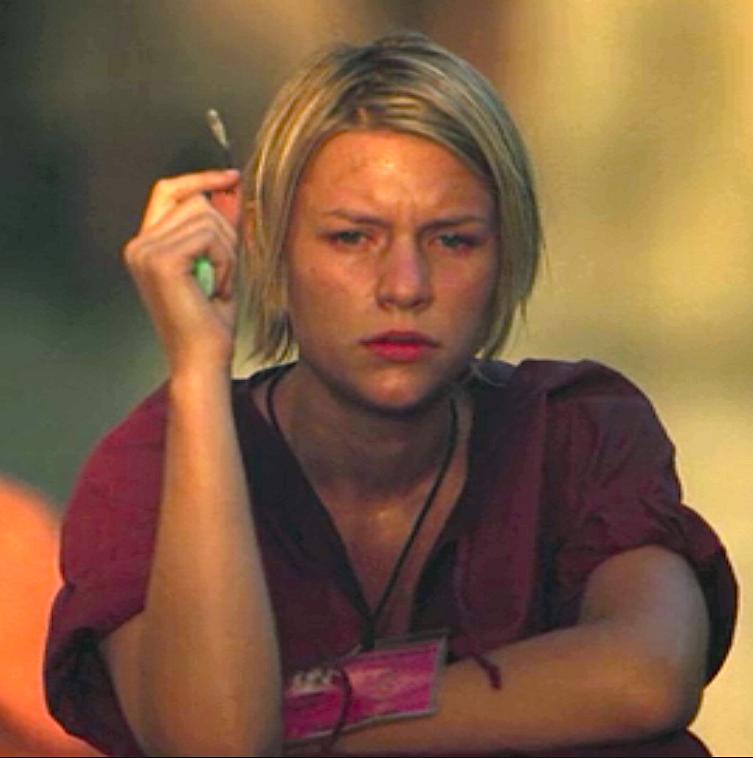 Coincidentally, I caught Danes tonight smoking a joint in the 1999 film Brokedown Palace. She puffs her pot in a Thai prison, where two American women played by her and Kate Beckinsale are sent for being tricked (or coerced) into smuggling heroin.

It made me think of Mollie Fry, the California MD who's serving time in federal prison for growing 30 some marijuana plants a year for three years (aggregated to 100 plants so that she got a five year mandatory minimum sentence). Fry, who is in her 60s, recently did a stint in solitary confinement because she dared to give some medical advice to a fellow prisoner.

It's no accident that the creator of "Weeds" followed it with "Orange is the New Black." California just released statistics showing that 1513 women were arrested on marijuana felonies in 2013, and 1240 saw misdemeanor charges (those figures don't count the number of tickets given for the infraction of less than an ounce). But California's female attorney general Kamala Harris doesn't seem to care, giggling when the subject of legalization was brought up and reaching to the lame argument that we have to be worried about second-hand marijuana smoke.

Nationwide, 61% of women prisoners are mothers of young children and one half of all inmates held in federal prisons are nonviolent drug offenders (Harper's Index, June & July 2014; US Dept. of Justice).  Last I checked, there were still California counties who shackle women prisoners while they are giving birth, despite a new state law outlawing the practice.

Danes is now playing a schizophrenic CIA agent involved with the President in Homeland. In real life, the White House outed CIA agent Valerie Plame for political purposes, endangering her and the people she worked with. A new round of Gary Webb-bashing has accompanied the release of a film about the reporter, Kill The Messenger, detailing his series for the San Jose Mercury News about the CIA's complicity in importing crack cocaine into South Central Los Angeles.

Meanwhile, NORML Women's Alliance leader Cheri Sicard is holding a Bingo Night fundraiser for Paul Free, who is one of several prisoners unjustly serving life sentences for marijuana "crimes." Because another thing that sucks is how many of our men are in prison.

As we munch our designer chocolates and watch our fantasy TV shows, let's take a moment for a reality check (not a Reality TV check). Hey, I hear the new style at the Milan fashion shows is Bohemian, with flat heels, and fewer fancy gowns. If the fashion world can gain some sanity, maybe we all can.
Posted by Tokin Woman at 2:25 AM