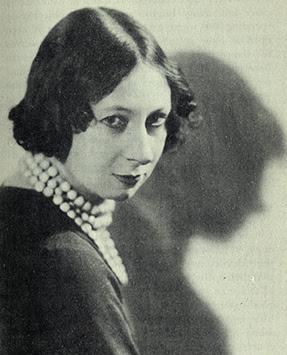 British Bohemian Queen Nina Hamnett, an artist and muse who was known for her performances of Sea Shanty songs, once attended a party where Elsa Maxwell played the piano "with great vigor." Hanging out with poetess and Tokin Woman Iris Tree, they concocted drinks using imitation absinthe, gentian, and brandy.  Around 1921 she would run into Marie Laurencin, Picasso, Cocteau and Brancusi at "Le Boeuf sur le Toit," the Parisian restaurant where she often dined.


Crowley unsuccessfully sued Hamnett in 1934 over a statement in her book that “he was supposed to practise Black Magic.” The incident was said to effect her greatly, and for whatever reasons, she succumbed to alcoholism, dying after a fall from her balcony in 1956.