The year that won't quit tearing our hearts out has ended (I hope) by taking the multitalented Carrie Fisher from us at the age of 60.

"You have the eyes of a doe and the balls of a samauri," Harrison Ford told Fisher during the filming of Star Wars. She finally revealed her three-month affair with Ford in her 2016 book, The Princess Diarist, where she wrote of "the brutal strength of Harrison's preferred strain of pot," adding, "After that, marijuana was no longer possible for me—it had such a powerful, all-consuming effect on me that I have never used the drug again."

Fisher's 2008 book Wishful Drinking reveals that she first tried smoking pot when she was 13, after renters at her family's Palm Springs house left behind a baggie. When her mother Debbie Reynolds found it, she said, "Dear, I thought instead of you going outside and smoking pot where you might get caught and get in trouble—I thought you and I might experiment with it together." But Reynolds promptly forgot about it so Fisher and her friend May tried it on their own in their backyard treehouse.

"And you've got to figure I enjoyed it, because I ended up experimenting with marijuana for the next six years until it suddenly—and I think rather rudely—turned on me," Fisher wrote. "Where at the onset it was all giggles and munchies and floating in a friendly have—it suddenly became creepy and dark and scary....This was when I was about nineteen, while I was filming Star Wars. (It ultimately turned out to be Harrison's pot that did me in.)"

Ford has never publicly admitted to smoking marijuana (although Bill Maher has challenged him to). According to the book Harrison Ford: Imperfect Hero by Garry Jenkins (Citadel Press, 1998), one day in the 1970s, Ford was in the UK, simultaneously giving an interview with Britian's Ritz magaine while he did a photo shoot for GQ at photographer David Bailey's studio. When Litchfield asked why Ford was rolling his own cigarettes, he responded, "You want a toke of this all-American reefer?"

"Can you work on this stuff?" Litchfield asked. "Nope. I can't even admit it exists," he replied, then went on to say he was smoking a strain of pot from Humboldt County, California. "This is not Cannabis indicta, [sic] or Cannabis sativa, this is Cannabis rutica," he said. "A real strong dope."

There is no such thing as Cannabis rutica; Nicotiana rustica, however, is a hallucinogenic form of tobacco. A kif made with cannabis and nicotiana rustica is used by Moroccan fisherman to improve their night vision. N. rustica is the tobacco Columbus was introduced to by the Taino Awawak Indians of Hispaniola and Cuba in 1492, with the milder and modern form N. tabacum introduced to the Yucatan by the Spaniards around 1535. I have never heard of N. rustica being grown in Humboldt county, but it’s not impossible: seeds are available on the internet.

In college, Ford smoked a Calabash (Sherlock Holmes-style pipe) and often said he wanted to open a pipe shop. During his days doing bit parts as a "rent-a-hippie" at Universal Studios, Ford was often "seen sniffing from a small case he carried in his jeans....Turns out he was sniffing snuff." (Jenkins)

Maybe his powerful mixture of pot and hallucinogenic tobacco was more than the 19-year-old Fisher could handle. She turned to hallucinogens and painkillers (a bad combination), and Reynolds enlisted Cary Grant to speak with her.
Grant famously took LSD while it was still legal, and found the experience illuminating. Grant called Fisher and chatted about nothing in particular, she wrote.

She endured electroshock therapy during her life, having been diagnosed as bipolar. Heart disease is a potential side effect of electroconvulsive therapy.

Asked by Rolling Stone this year, "Are there any upsides to doing drugs?" Fisher replied, "Yes. Absolutely. I don't think I was ever suicidal, and that's probably because of drugs. I did have … do have this mood disorder, so it probably saves me from the most intense feelings from that. I was able to mute that stuff. And I loved LSD. That was fantastic." She added that she wished she'd never snorted heroin. Paul Simon's new biography says the couple participated in an ayahuasca ceremony in Brazil in the 80s.

Rolling Stone asked Fisher, "Do you fear death?" and her response was, "No. I fear dying." Our fearless Princess now has nothing at all to fear.

As Thumbelina in Fairie Tale Theatre, she sang: 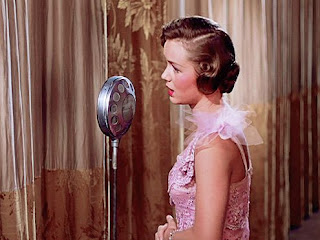 UPDATE: Unbelievably now, to top it off, Fisher's daughter Billie Lourd has lost her grandmother too. Up in heaven, the unsinkable has now met the untamable.

I read where Carrie said it was her voice that won her the Star Wars role, after Debbie insisted she travel to England to improve her vocal skills. Seeing the audition tapes for Leia I agree that's what put her on top.

My favorite all-time movie is Singing in the Rain, where Reynolds' voice wins Gene Kelly's heart. And she shoulda had an Oscar for Mother, a movie that meant so much to me I wrote to Albert Brooks to thank him.
Posted by Tokin Woman at 8:28 PM

On first reading Harrison Ford's description of the cannabis he was using "Cannabis Rutica" I thought it was a clever joke, and a pun. In the lead up, he mentions that it's not an Indica or a Sativa -- so was well informed -- and that it was from the then premier US growing and breeding area: Humboldt County, of the Emerald Triangle fame. The third major variety is Ruderalis hence the 'ru' and since it was 'a real strong dope' it is likely use would result in being 'rooted', hence 'rutica'.

Yes, that occurred to me (of course), but Ruderalis isn't an "especially potent" form of pot; it's an especially impotent one. He could have been joking, or it could be that my theory is correct, especially because Ford is also a tobacco fan. Thanks for the careful read!