Of Harold and Maude, and Hal

It's probably no accident that Cameron Diaz's favorite movie as the title character in There's Something About Mary (1998) is Harold and Maude (1971), since Mary and Ted (Ben Stiller) smoke a joint together after they reunite. In Harold and Maude, Ruth Gordon (as Maude) plays an 80-year-old woman who turns a young Harold (Bud Cort) onto marijuana, enabling him to finally open up to someone about the source of his strange behavior, and learn to love life.


Gordon, one of the first women to appear onscreen along with marijuana, was a multitalented stage actress and writer, who won a Tony in 1956 for her portrayal of Dolly Levi in "The Matchmaker," and co-wrote Adam's Rib for Katharine Hepburn and Spencer Tracy. When at age 72 she won a Best Supporting Actress Oscar for Rosemary's Baby, she cracked up the crowd by saying, "I can't tell you how encouraging a thing like this is." She commented that night that, "I feel absolutely groovy."

When Harold comments after taking a toke, "I sure am picking up on vices," Maude replies, "Vice, virtue. It's best not to be too moral; you cheat yourself out of too much life." As part of the Cat Stevens soundtrack, she sings:

If you wanna be high, be high
And if you want wanna be low, be low
'Cause there's a million ways to go, you know that there are... 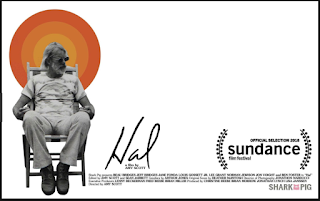 Harold and Maude was directed by Hal Ashby, who is the subject of a new documentary from Amy Scott, Hal, set to premiere in select theaters soon. Ashby was known as a "dedicated pothead" who was (possibly) smeared as a cokehead too. In the trailer for the film, someone says, "Hal Ashby was obsessed with film. He'd smoke some pot and he would work all night."

Ashby's big break occurred in 1967 when he won the Academy Award for Film Editing for In the Heat of the Night, and his first film was The Landlord (1970) with Jeff Bridges. According to Peter Biskind's book, Easy Riders, Raging Bulls, Hal was busted for possession of marijuana while scouting locations in Canada for The Last Detail (1973) with Jack Nicholson. He went on to direct the hits Shampoo (1976) with Warren Beatty, and Bound for Glory (1976), starring David Carradine as Woody Guthrie.

Ashby's 1979 movie about Vietnam, Coming Home, starred Jon Voigt as a crippled soldier who joins the anti-war movement when he returns to the States, and won Best Acting Oscars for co-stars Voigt and Jane Fonda. But Ashby lost Best Director to Michael Cimino for The Deer Hunter, a controversial film that depicted Vietnamese as sadistic and drew picketers at the Oscar ceremony, but went on to win Best Picture. After losing the 1980 Oscar race for Being There and struggling to make more films in the reactionary 80s, Ashby died in 1988 of pancreatic cancer.

It's hard to imagine us getting back to a world where movies have the kind of subtlety, social consciousness and intelligent treatment of marijuana that Harold and Maude and Ashby's other films gave us, but it's encouraging that Scott, a 33-year-old female filmmaker, has taken on the subject as her directorial debut.
Posted by Tokin Woman at 8:10 PM