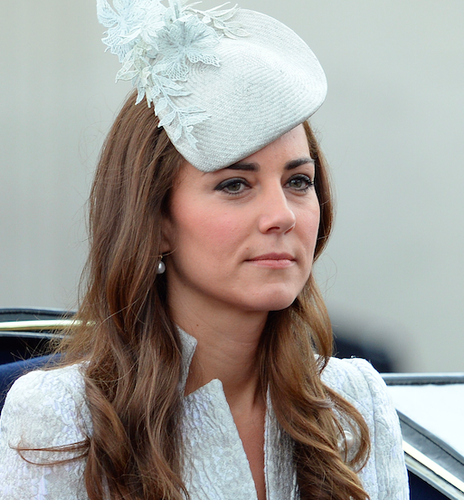 It must be rough when your only job is to make babies and look good in public, and you suffer from hyperemis gravidarum (HG), a debilitating ailment characterized by severe nausea and vomiting, malnutrition, and weight loss during pregnancy that afflicts 1-2% of pregnant women globally.

Princess Kate is again dealing with HG during her second pregnancy, and it's speculated that the Royal Family is pressuring her to appear in public nonetheless. She's reportedly looking thin, and tired, which can't be good for the baby.

Since cannabis is the safest and most effective anti-emetic known to man, with a non-oral delivery system (smoking) that offers immediate relief, it would make sense to consider it a remedy for mothers with severe morning sickness. Male cannabis researchers and doctors almost always issue a blanket proscription against using cannabis while pregnant, and there are some studies in rats that indicate low birth weight can be a problem for cannabis-using mothers (as it can for mothers who have HG). But a marijuana and pregnancy study funded by the March of Dimes and published in the journal Pediatrics in 1994 found that the children of marijuana-smoking mothers in Jamaica actually did better on behavioral tests than did the children of nonsmoking mothers. 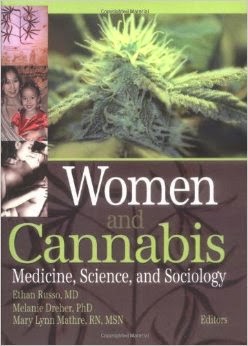 Graduate student Wei-Ni Lin Curry, herself an HG survivor, collected stories from women with HG who found relief with cannabis in her paper "Hyperemesis Gravidarum and Clinical Cannabis: To Eat or Not to Eat" published in the Journal of Cannabis Therapeutics and the book Women and Cannabis: Medicine, Science and Sociology (Haworth Press, 2002). Curry's Taiwanese obstetrician told her that "since ancient times the Chinese have used cannabis to treat HG," and recent studies have found that only small amounts of THC cross over the placental barrier to the fetus. (Dreher, Cannabis and Pregnancy, 1997, p. 160.) "I am in disbelief at how our government has kept such valuable medicine from so many ailing women," Curry concludes. "If I had not experienced the cannabis myself, I would not have believed its truly effective and gentle therapeutic powers."

Most recently, survey data collected by the directors of the Vancouver Island Compassion Society (The VICS) and the BC Compassion Club and published in the journal Complementary Therapies in Clinical Practice reported that cannabis is therapeutic in the treatment of both morning sickness and HG. Of the 84 women who responded to the anonymous questionnaire, 36 said that they had used cannabis intermittently during their pregnancy to treat symptoms of vomiting, nausea, and appetite loss. Of these, 92 percent said that cannabis was “extremely effective” or “effective” in combating their symptoms.

Doctors currently prescribe several prescription anti-emetics for HG, none of which have the long history of safety that cannabis has. In the 1950s, doctors in Europe prescribed the untested drug thalidomide for morning sickness, leading to the horror of "thalidomide babies" born with severely deformed hands and feet. In the US, Dr. Frances Kelsey of the FDA would not permit thalidomide into the US, and although the existing system worked, the situation lead President Kennedy to call for a stronger FDA that ironically today is helping to prevent cannabis from being marketed, or even studied.

Women need to demand more research not only into the use of marijuana during pregnancy and breastfeeding, but also for PMS and cancer, particularly breast cancer. (PMS is joked about, but it’s actually quite serious: The suicide rate among menstruating women is significantly higher during PMS than at other times in their cycle, so we’re talking life and death.) The US government has known since the 70s that cannabis has anti-tumor effects, and recent studies confirm it specifically targets breast cancer cells.

It’s a scandal that these studies haven’t been followed up on, and that even a princess must endure a difficult condition that might be safely and effectively remedied with marijuana. Considering that Queen Victoria's physician praised the use of cannabis for menstrual cramps and other ailments, and the UK has pioneered cannabis-based medicines from GW Pharmaceuticals, we think it's high time that the royal family follow Prince Charles's lead and open the door to the acceptance of cannabis as a medicine.

Meanwhile, you can donate to the Hyperemesis Education and Research Foundation or MAPS (Multidisciplinary Association for Psychedelic Studies) to sponsor research on HG or cannabis.

UPDATE 12/8: Kate & William met with Beyoncé and Jay-Z in New York. She seemed to start feeling better after that.

Why No Cure for Severe Morning Sickness?
Amy Schumer Joins NAPW's Brief In Support of Arizona Mother's Use of Medical Marijuana to Treat HG
Posted by Tokin Woman at 4:14 PM

Thank you so much for this brave and eloquent article.

The argument is inarguable. The style is stilleto. It's a triumph.