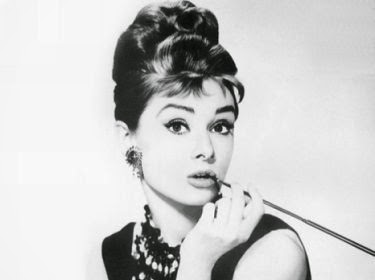 "I've had a little go at marijuana. It's not half so destructive as brandy. Cheaper, too. Unfortunately, I prefer brandy."

This is what Miss Holly Golightly said to the press after being arrested for carrying messages from imprisoned mobster Sally Tomato in the 1958 Truman Capote novella "Breakfast at Tiffany's."

The 1961 film starring Audrey Hepburn (pictured) erased this, and all marijuana references, while retaining the plot that implicated Holly in a drug-dealing ring. After her arrest she loses her Brazilian boyfriend (with whom, in the book, she is pregnant; she miscarries while in jail). Still she refuses to narc on her friend Sally, saying, "Testify against a friend I will not. Not even if they can prove he doped Sister Kenny."

Unlike in the movie, the book contains no happy ending for Holly, who Capote said was based on a real 17-year-old girl he knew (absent the Sally Tomato connection). 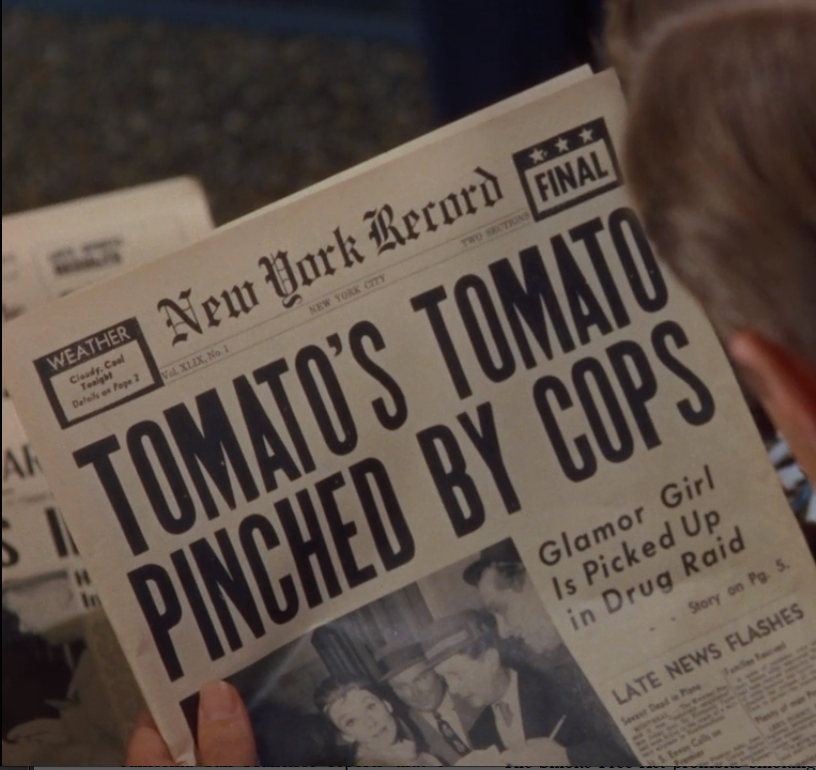 "I always knew she was a hop-hop head with no more morals than a hound-bitch in heat. She belongs in prison," stammered Holly's so-called friend who married her former beau Rusty Trawler when called for help. Ironically, marijuana is first introduced in the book when Holly describes in a conversation with the book's narrator (Paul in the movie) her fondness for Tiffany's as an antidote to the "mean reds":

"Quite often. Some people call it angst."

"All right. Angst. But what do you do about it?"

“I’ve tried that. I’ve tried aspirin, too. Rusty thinks I should smoke marijuana, and I did for a while, but it only makes me giggle. What I’ve found does the most good is just to get into a taxi and go to Tiffany’s. It calms me down right away..."


The film was fine with depicting Hepburn as a bit of a prostitute, and Paul as a kept man (unlike the unnamed narrator in the novella, a working man who faced the draft when he lost his job). Marijuana wasn't completely taboo for movies at that time: it appears in Sweet Bird of Youth the following year (as a means by which Paul Newman's character tries to bribe the aging actress Alexandra del Lago) and it was similarly smeared in 1957's Sweet Smell of Success.

A Broadway play more true to Capote's book was mounted in 2012. London's Royal Albert Hall just announced on Valentine's Day it would host a "live" screening of the film, complete with orchestra, in June. They called Holly, with "gargantuan cigarette holder in hand – one of the most recognisable and arresting images in cinema." (She smoked strong Picayune cigarettes in the book.) 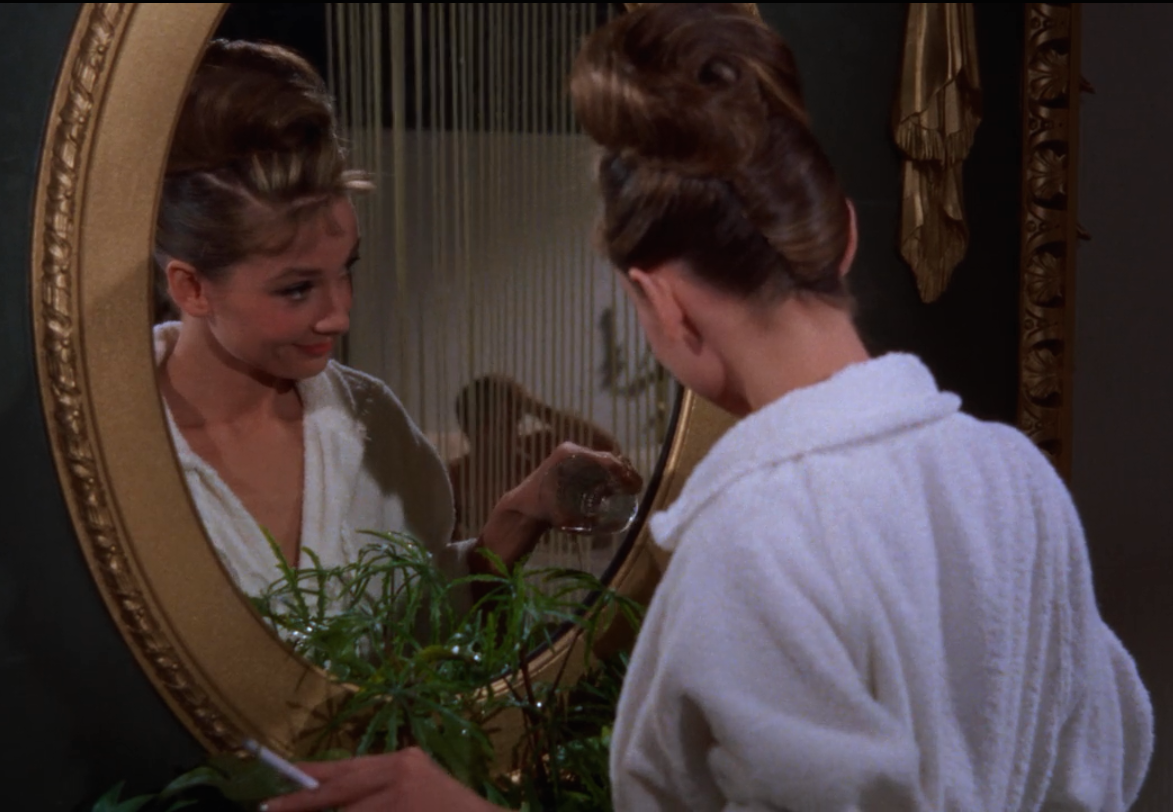 In the film, Holly mischievously waters a marijuana-like plant with a drink while standing in front of a mirror (shown). Later, just after the cat is entranced by Holly's twirling cigarette holder, a party guest is depicted laughing hysterically, then crying, at a mirror. A nod to marijuana's effects?

Capote said of marijuana, "Pot makes the most stupid people sound amusing—that's the best thing about it. They never turn mean, they laugh at everything, and they turn charming even if they are dull."  He reminisced about "smoking up a storm" at the movies during his adolescence, saying, "I remember smoking all the way through a Bette Davis movie, laughing louder and louder as she got cloudier and cloudier." The author tried LSD twice, given to him by a doctor while it was still legal. Hepburn was a heavy tobacco smoker who suffered from asthma and died of cancer at only 63.

Rather than being romantically involved with Holly as in the movie, in the book and life, Paul/Truman was her gay friend. Capote wouldn't speculate about Holly being a lesbian, but pointed out that 80% prostitutes are. Philip Seymour Hoffman won an Oscar portraying Capote in 2005.

I got hipped to this from the forthcoming book, MaryJane: The Complete Marijuana Handbook for Women. (The book gets it a bit wrong attributing one of the marijuana quotes from Capote's book to Hepburn in the movie. But otherwise it looks like a delightful and informative read. It will be out on 4/20 and is available now for pre-order at Amazon.)
Posted by Tokin Woman at 3:51 PM