Celebrating Disease at The Oscars, Instead of Combating It (with Cannabis) 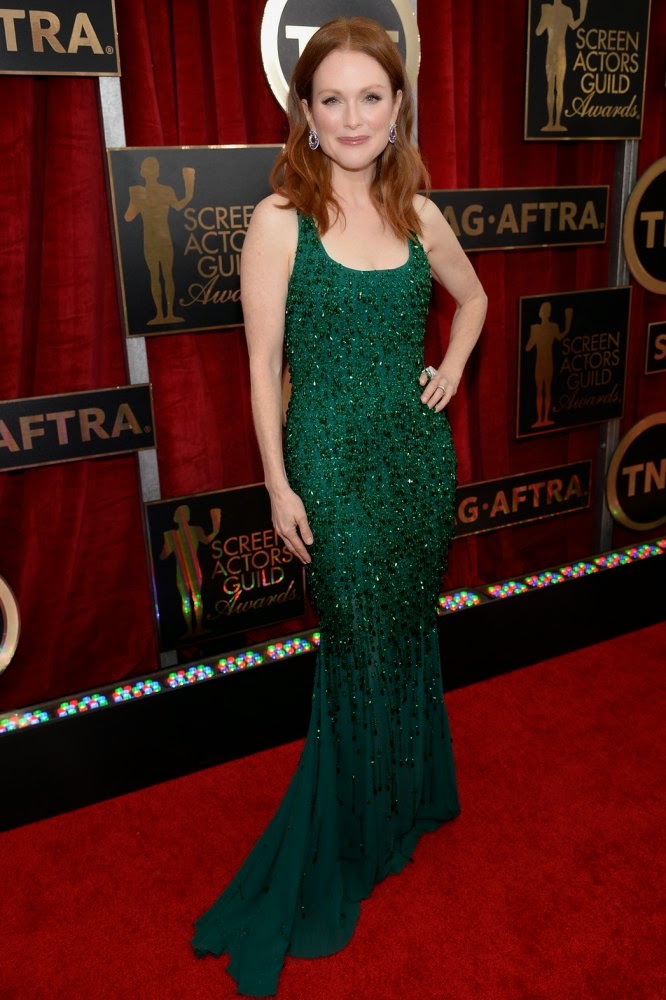 When Julianne Moore (pictured) or Eddie Redmayne make their expected Oscar acceptance speeches on Sunday night, they ought to call for more research into the use of cannabis for the diseases that resulted in their award-worthy roles.

Redmayne and Moore both took the Golden Globe acting prize, him for playing the ALS-afflicted Stephen Hawking in "The Theory of Everything" and her for portraying an Alzheimer's victim in "Still Alice."

Apart from offering meaty roles to actors, these diseases have nothing to recommend them. But cannabis has shown promise against both.

As documented in NORML's yearly booklet "Emerging Clinical Applications for Cannabis and Cannabinoids: A Review of the Recent Scientific Literature," over 4.5 million Americans are afflicted with Alzheimers, and an estimated 30,000 are living with ALS (aka Lou Gehrig's disease).

No approved treatments or medications are available to stop the progression of Alzheimers Disease (AD), and few pharmaceuticals have been FDA-approved to treat symptoms of the disease. A review of the recent scientific literature indicates that cannabinoid therapy may provide symptomatic relief to patients afflicted with AD while also moderating the progression of the disease.

Some experts believe that cannabinoids' neuroprotective properties could also play a role in moderating AD. Writing in the September 2007 issue of the British Journal of Pharmacology, investigators at Ireland's Trinity College Institute of Neuroscience concluded, "[C]annabinoids offer a multi‐faceted approach for the treatment of Alzheimer's disease by providing neuroprotection and reducing neuroinflammation, whilst simultaneously supporting the brain's intrinsic repair mechanisms by augmenting neurotrophin expression and enhancing neurogenesis. ... Manipulation of the cannabinoid pathway offers a pharmacological approach for the treatment of AD that may be efficacious than current treatment regimens."

Recent preclinical findings indicate that cannabinoids can delay ALS progression. Writing in the March 2004 issue of the journal Amyotrophic Lateral Sclerosis & Other Motor Neuron Disorders, investigators at the California Pacific Medical Center in San Francisco reported that the administration of THC both before and after the onset of ALS symptoms staved disease progression and prolonged survival in animals compared to untreated controls.

Experts are calling for clinical trials to assess cannabinoids for the treatment of ALS. Writing in the American Journal of Hospice & Palliative Medicine in 2010, a team of investigators reported, "Based on the currently available scientific data, it is reasonable to think that cannabis might significantly slow the progression of ALS, potentially extending life expectancy and substantially reducing the overall burden of the disease."

Cannabis has also been shown to be helpful for chronic pain, which Jennifer Aniston's character suffers in "Cake." (She was nominated for other awards but snubbed by the Academy.) But even some veterans are being told they must choose between cannabis and prescription meds these days.
Posted by Tokin Woman at 5:33 PM