Joan Jett with a Joint 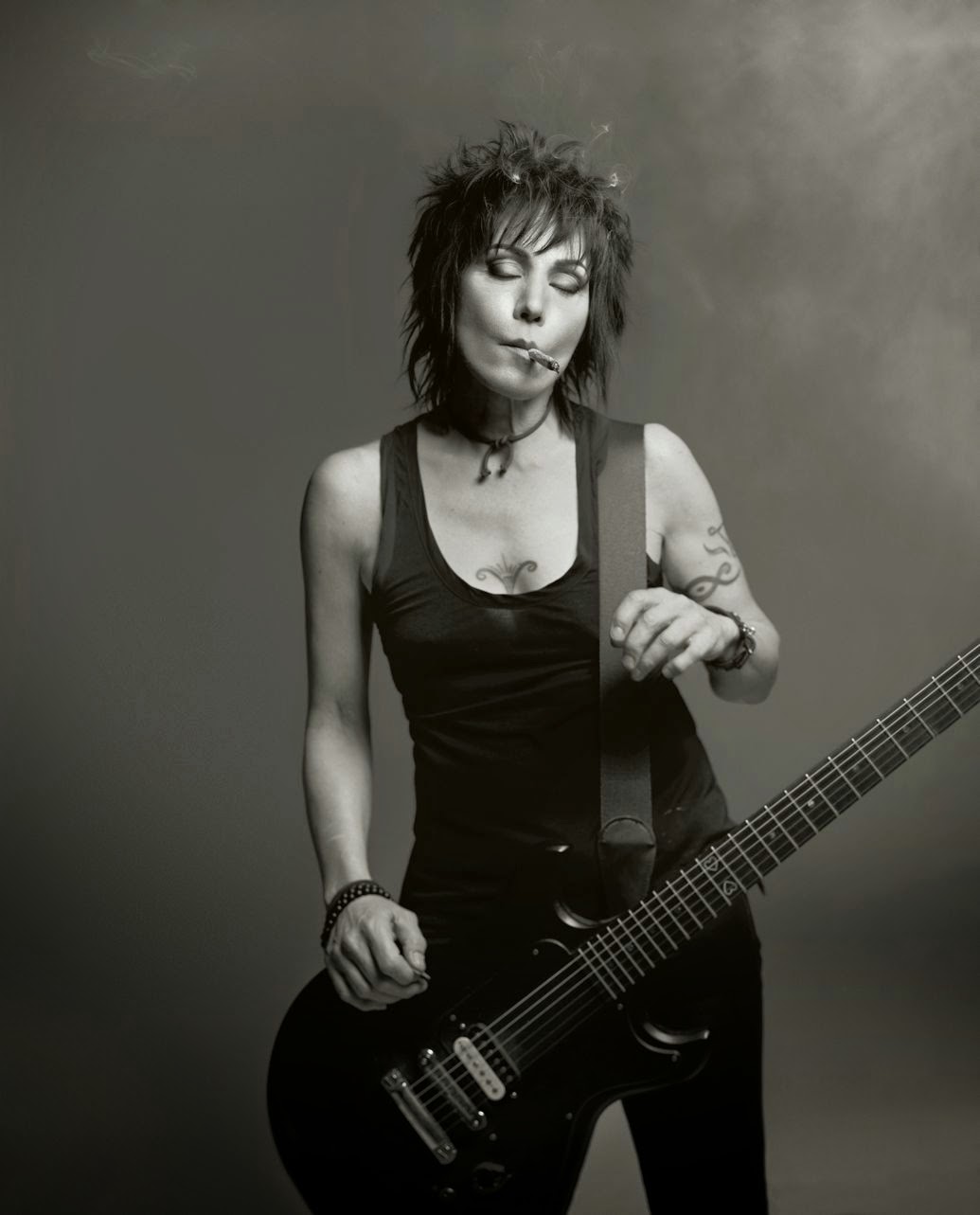 High Times has scored another interview with a female pot puffer, this time with rocker Joan Jett while on tour opening for The Who on their “The Who Hits 50” North American tour.

Discussing shoulder problems the righteous guitarist has been dealing with, HT asked about the batch of high-CBD balms and lotions they sent to her, "How did they work out for your recovery?"

"Useful, very useful," she replied. "I don’t understand why marijuana was made into this evil thing so long ago. Beyond whether or not you smoke joints, you can’t deny the medical benefits of legalizing. It’s been definitely found to work for various issues."

"I saw an interview yesterday with a woman whose son was hurt in some kind of accident—head injury," she continued. "He’d have these pain explosions, and none of the drugs that the doctors could give him relieved it. But his mother gave him some pure cannabis oil, and that stopped his pain. But now the mother’s possibly in trouble. This kind of stuff is ridiculous—ridiculous. And that’s just on the medical side of things."
"On the personal side: Of course I smoke pot," she said. "It’s not a big deal. I think you have to be responsible, like with anything."

On April 18, she was deservedly inducted into the Rock and Roll Hall of Fame. In her induction speech, Tokin' Woman Miley Cyrus said, "I'm going to start off this induction with the first time I wanted to have sex with Joan Jett. We were doing Oprah together, and I go up to Joan's hotel room. Joan opens the door, and I come in, and Kenny Laguna is laying in bed. I don't know what the fuck is going on. There's towels shoved underneath all the door cracks, shower caps around all the smoke detectors. Joan is running around spraying orange-smelling cleaner to mask the smell of 'the pot' (that's what you guys call it), and we go into her bathroom [where they smoked and talked]." She then talked about how Joan was the first woman to start her own record label, after all the other ones turned her down.
"I come from a place where Rock and Roll means something," Jett said in her acceptance speech. "It's the language of a subculture of integrity, rebellion, frustration, alienation, and the glue that sets several generations free of unnatural societal and self suppression. Rock and Roll is political. It is a meaningful way to express dissent, upset the status quo, stir up revolution, and fight for human rights."

Jett's portrait by Mark Seliger in today's Rolling Stone profile (pictured above) shows her puffing on a phatty, and in case there's any doubt about what's in it, the story begins, "And she has a fat, torpedolike joint hanging from her mouth. The smoking, Jett says later, loosens up the edges and range of her distinctively craggy voice."

She also has "the best shit," according to Laguna, Jett's manager, co-producer and co-songwriter for the past 35 years. "Keith Richards had some of that," he announces with a hearty laugh, as Jett rolls her number on the mixing board before the take. "Said it gave him flashbacks to 1968."
UPDATES: In the 2018 documentary about Jett, Bad Reputation, Laguna is shown handing her a joint, which she smokes. The beginning of the Cyrus Hall of Fame intro is shown, but not the part about "the pot." The film interviews Tokin' Woman Kristen Stewart, who starred as Jett in the 2010 film The Runaways, along with Cyrus, Debbie Harry, Iggy Pop, Billie Joe Armstrong, Pete Townsend, Dave Grohl, and Michael J. Fox. It's said that Chrissie Hynde advised Jett to get herself together when she was drinking a lot after the breakup of her breakthrough all-female rock band The Runaways; perhaps pot helped with that.
Jett and Cyrus performed together at the 2021 Superbowl TikTok Halftime Show.
Posted by Tokin Woman at 6:58 PM