"Met a trucker out of Philly, had a nice long toke."  -Wagon Wheel, the opening song for the series.


Episode 6 of Ken Burns's remarkable Country Music series for PBS connects country music with the turbulent 60s. The soldiers who fought the Vietnam War largely came from the rural, working-class demographic and the soldiers were serenaded by political songs from Loretta Lynn and other country stars.

Kris Kristofferson is presented as the awesome poet that he is, elevating country lyrics to a whole new level. A Rhodes Scholar and fan of William Blake (he of the "Doors of Perception"), Kristofferson strayed from his Army career path after seeing Johnny Cash perform.

After breaking through with Tokin' Woman Janis Joplin's version of his song "Me and Bobby McGee," Kristofferson convinced Johnny Cash to record his song, "Sunday Morning Coming Down." Rosanne Cash tells the story of how her father sang the song's lyric as written on TV (in defiance of the censors):


On a Sunday Morning Sidewalk
I'm wishin' Lord that I was stoned.... 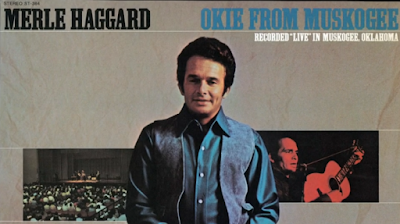 As to Merle Haggard's famous song, "Oakie from Muskogee," which begins:

We don't smoke marijuana in Muskogee
We don't take our trips on LSD....

The story is told about how the song was written as a joke, but to Haggard's surprise it got adopted as an anthem by rural, anti-marijuana folks. Ray Benson from the pot-loving band Asleep at the Wheel is interviewed saying how shocked he was when the song came out, because, "Everybody in country music knew that Merle smoked marijuana."

Kristofferson joined Haggard to sing his own tongue-in-cheek lyrics to the song at the 2011 Hardly Strictly Bluegrass Festival in San Francisco:

We don't shoot that deadly marijuana
We get drunk like God wants us to do...

Also presented in the series is the amusing anecdote that when Willie Nelson's farmhouse burned down outside Nashville in 1969, all he saved was his guitar Trigger and a guitar case full of marijuana. This fact was confirmed by the Twitter feed from Nelson's cannabis brand Willie's Reserve:


Nelson's broadening of the country music, working from his home state of Texas, is presented: his recording of Hoagy Carmichael's "Stardust" is included, and he is credited with starting the long-running show "Austin City Limits."

Nelson's collaboration with Haggard on The Outlaws record, whereby artists took control of their recording destiny outside the traditional Nashville system, is also covered. That album included Shel Silversten's song "Put Another Log on the Fire." Silverstein also penned Cash's #1 hit "A Boy Named Sue" and his other compositions included, "The Great Smoke-Off" and "The Perfect High."

Guy Clark is shown in the episode singing his song L.A. Freeway:

If I can just get off of that L.A. Freeway
Without gettin' killed or caught
I'd be down that road in a cloud of smoke
For some land that I ain't bought bought bought...

Even though many of the musicians interviewed were from Texas and cited Mexican music as an influence, few Latinx artists were included. One was Freddy Fender, whose career stalled after he was arrested for pot. A singer/songwriter not included in the series is Hoyt Axton, who was also arrested for pot and wrote songs about it. 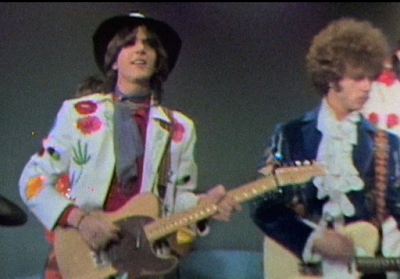 Graham Parsons is shown in his pot-leaf-adorned Nudie Cohn suit, and the contributions made by his singing partner Emmylou Harris, who he converted from folk to country music, are stunning: Among them, she recorded an album in the Ryman Auditorium, which had been long closed but soon re-opened as the home of the Grand Ole Opry. These days, singer Jenny Lewis appears in a costume inspired by Parsons's suit.

Dolly Parton is given her due in the series. Finally releasing herself from her seven-year stint as Porter Wagner's "girl singer" by writing "I Will Always Love You" for him (and allowing him to produce the recording), Parton went on to a huge crossover career that included acting smoking pot in the movie 9-5 with Jane Fonda and Lily Tomlin. (I rather doubt Parton smokes it outside of the movies though; when she sang lead on Neil Young's "After Gold Rush" in trio with Emmylou and Linda Ronstadt, she changed the lyric "I felt like getting high" to "I felt like I could cry.") 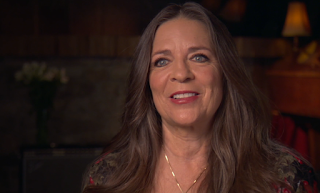 Carlene Carter is also interviewed, revealing that her grandmother Maybelle wanted to sing "One Toke Over the Line," thinking it was a spiritual. She wasn't the only one: Lawrence Welk aired a version of the song, and called it "a modern spiritual." (Too bad then-VP Spiro Agnew went on a rampage against it, essentially killing its radio airplay and halting the success of hard-working midwest band Brewer & Shipley.) Comedic country musician Jim Stafford did a parody of the Carter Family's song "Wildwood Flower" called "Wildwood Weed" in 1974.

These days, country music's women are starting to feel freer to use marijuana, and sing about it. Not falling far from the tree, Willie's daughter Paula Nelson was arrested for pot herself on 4/20/2014. Margo Price, who's been hailed as country's new star, is co-branding a strain of cannabis with Willie's Reserve and female farmer Moon Made Farms.


Some artists have their own clothing line or brand of shoes but all I ever wanted to sell was weed. Thanks to Willie Nelson & @WilliesReserve for makin my dreams come true. ✨🌈😭 “All American Made” Pineapple Wonder Sativa will be around all parts of California soon! pic.twitter.com/gZjq7Zfaot
— Margo Price (@MissMargoPrice) December 17, 2018

Kacey Musgraves says one of the first songs she wrote after she moved to Nashville was "Burn One With John Prine." She broke through to radio airplay with her song, co-written with Brandy Clark, "Follow Your Arrow":

Make lots of noise
Kiss lots of boys
Or kiss lots of girls If that’s something you’re into
When the straight and narrow
Gets a little too straight
Roll up a joint or don't (I would)
Just follow your arrow wherever it points.

I also really like Clark's "Get High," in which she sings about a housewife who, "when the to-dos have all been done," sits down at the kitchen table and "rolls herself a fat one."

But the song that really (country) rocks me out is from Ashley Monroe: