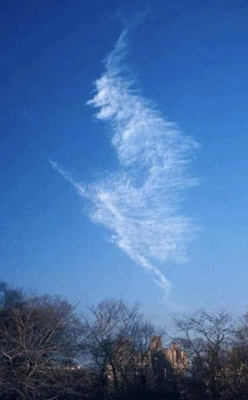 Starting with the ancient Greek Eleusinian Mysteries, ruled by the grain goddess Demeter and her daughter Persephone, Muraresku charts the cultural shift to the wine god Dionysus, first introduced as the son on Demeter in the Mysteries, at a time when the ancient "wines" were concocted with psychedelic substances. Female maenads kept the cult of Dionysus alive for generations and he morphed into Jesus, whose first miracle was changing water into wine.

Working with (largely female) researchers, Muraresku reports on his journey to uncover evidence and chemically test ancient ceremonial chalices for psychoactive substances, starting with ergotized beer brewed by priestesses. He cites archaeobotanist Marina Ciraldi's work from a site in the Pompeian countryside in Italy identifying over 50 specimens of plants, herbs, and trees, the majority of them with medicinal properties.

"They included comfrey (Symphytum officinale) and vervain (Verbena officinalis), both long associated with magic and witchcraft," Muraresku writes. "But the real kicker was the distinctive medley of opium (Papaver somniferum), cannabis (Cannabis sativa), and two members of the nightshade family, white henbane (Hyoscyamus albus) and black nightshade (Solanum nigrum). The inclusion of the nightshades might as well have been lifted straight from the pages of Dioscordies [the Father of Drugs], who specifically lauded the psychedelic properties of the black nightshade with its 'not unpleasant visions.' The opium and cannabis, both profoundly mind-altering in high doses, are just icing on the cake."

Unable to track down Ciraldi, Muraresku instead interviewed Marisa de' Spagnolis, a fellow archaeologist who confirmed her colleague's conclusions, saying, "For me the Villa Vesuvio was a small farm that was specifically designed for the production of drugs." De' Spagnolis discovered a V-shaped "maceration tank for cannabis" that supports her position.

Picking up on scholar Dorothy Irving's interpretation of the Fractio Panis fresco in the Roman Catacomb of Priscilla as depicting female figures, Murarescu concludes, "Before Jesus generations of women brewed the graveyard beers and mixed the graveyard wines in the Indo-European ritual that spread east and west of Stone Age Anatolia, the 'ritual act of communion' that was 'by women for women.' After Jesus there were many women who dominated the house churches and catacombs that defined the faith, offering a safe haven for the old Greek sacrament that needed shelter from the wilderness. The witches of Persephone, who were the primary missionaries of the Phonaeans' secret cult, had every incentive to both influence, and in some cases even become, the witches of Christianity. Their sister witches of Dionysus, all across Magna Graecia, were in the same boat."

Muraresku also writes about the recently discovered cannabis resin at the Arad altar, which I theorize may have been used to worship the Goddess Arherah.

Once men got hold of the sacraments, war and hedonism took hold over from spiritualism and communion, and humankind has never recovered. The Dionysian Mysteries were systematically targeted by the Roman senate starting in 186 BC. "The idea of the God of Ecstasy obliterating all loyalty to family and country was not welcome in a Roman Empire in the thick of nation building. Similarly the idea of making visionary wine available to the poor folks and women of the 99 percent was just as offensive to the 1 percent of the religious establishment," Muraresku writes.

The denigration of women, witches, and weed continues to this day. For Her Own Good quotes British physician Robert Brudenwell Carter's observation from the 1800s that, "No one has realized the amount of moral evil wrought in girls...whose prurient desires have been increased by Indian hemp." 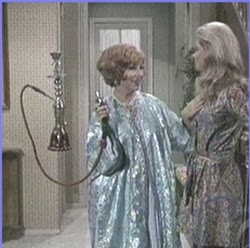 The Wizard of Oz (1939) acknowledged there are good and bad witches. In the 1947 musical Brigadoon, the impending influx of witches was used as a reason to evaporate a whole village (and the vengeful god who complied took his toll). In the 1952 film Ivanhoe, Elizabeth Taylor plays a Jewess who is brought up on charges of witchcraft because she "knowest the craft of herbs, and the force of elixirs."  In the TV series Bewitched (1964-1972), Endora smokes a bong and talks about Alice B. Toklas brownies.

In the 1971 Disney movie Bedknobs and Broomsticks, Angela Lansbury plays an apprentice witch searching for a book of spells by Astoroth—doubtlessly based on the Goddess Astarte. HocusPocus 2, a new Disney movie starring Tokin' Women Bette Midler and Sarah Jessica Parker, features a new trio of young witches who shift their powers for good, with the aid of the animated book of spells (who is male; perhaps a Biblical reference—prophet after prophet in the bible enjoins the faithful to stop burning incense (possibly, cannabis) to Bal and Ashtoreth, but the women disagree).

"Witch" is still the most-googled Halloween costume in the US, and the number of Americans who identify with Wicca or paganism has risen from about 134,000 in 2001 to over 2 million today. A forthcoming book by Sophie Saint Thomas is titled, Weed Witch: The Essential Guide to Cannabis for Magic and Wellness.

A new study has found that those who use psychedelics are more connected to nature and knowledgeable about climate change. It's critically important that we re-examine our herstorical connection to psychedelic plants, and re-imagine a future that ends demonizing drugs, and women.