Farewell To the Exceptional Elizabeth Taylor

UPDATE 12/15: It's been revealed that Taylor ran a "buyer's club" for AIDS patients.

Elizabeth Taylor, who graced the screen as a child in Jane Eyre and National Velvet, and as an adult in films like Giant and Cleopatra, has died.

Taylor won several humanitarian awards for her work raising over $10 million and much awareness for AIDS at a time when no one wanted to acknowledge the disease. She is remembered for her addictions to alcohol and painkillers, and according to one biographer, smoked pot.

According to Ellis Amburn's 2000 book, The Most Beautiful Woman in the World: The Obsessions, Passions, and Courage of Elizabeth Taylor Liz' experimentation with marijuana began in mid-1973, when she partied with Peter Lawford and his son Christopher, hitting hot spots like Candy Store in Beverly Hills. Peter's friend Arthur Natoli recalled, "[Lawford] and Elizabeth used to turn on together. They were high on pot a lot. I don't know if he supplied her." (Christopher has since gone onto a career as an addiction recovery advocate.)

Taylor's fourth husband Eddie Fisher was revealed to be a pot smoker by his daughter Carrie in her 2008 book Wishful Drinking. In his 2008 autobiography, Tony Curtis says marijuana was very popular in Hollywood around the time of his 1971 bust for carrying pot through Heathrow airport. 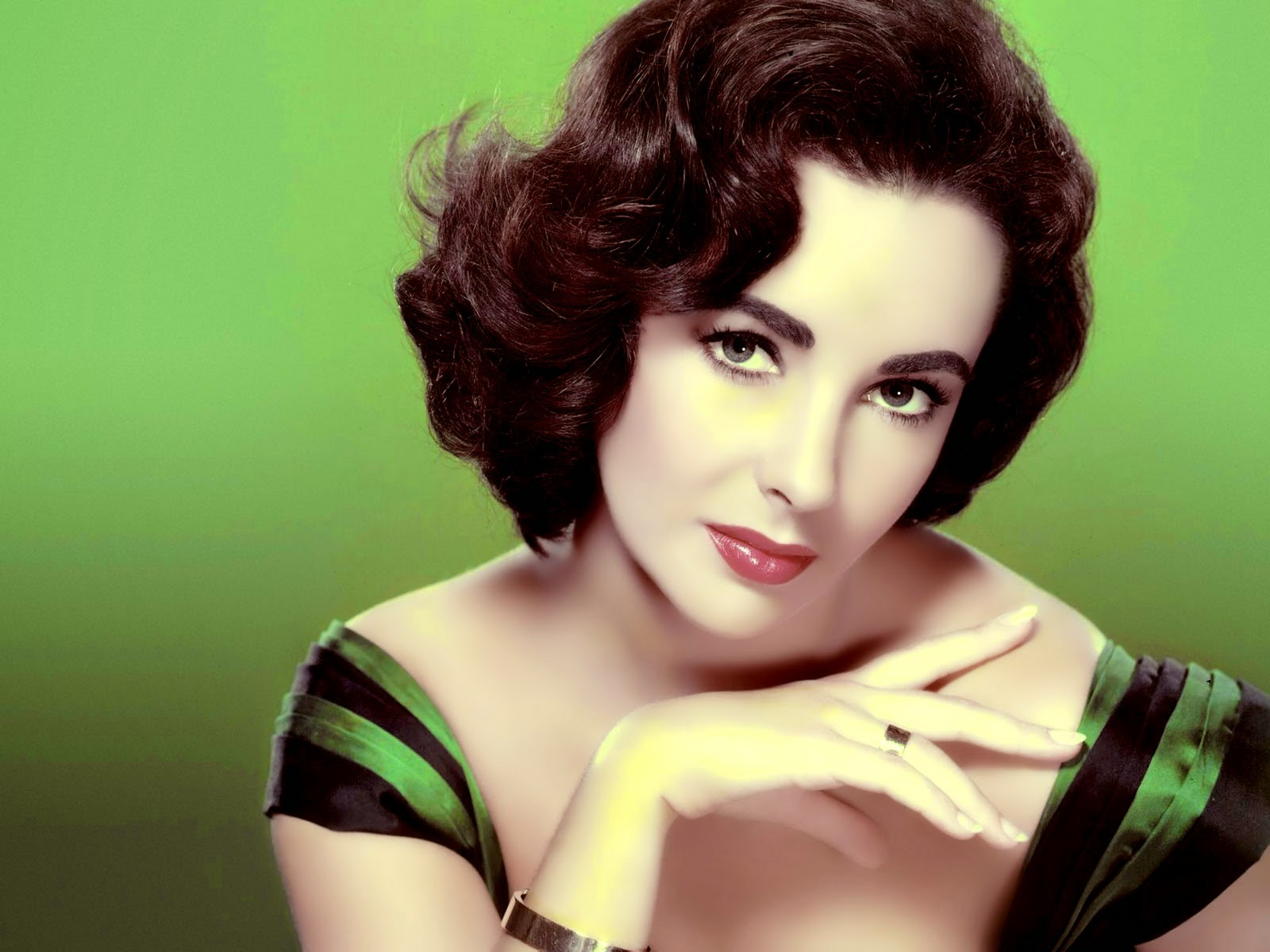 Taylor was 19 in 1951 when she was cast in A Place in the Sun opposite Montgomery Clift. She had a lifelong devotion to Clift, who smoked marijuana (as did James Dean). According to Patricia Bosworth's biography of Clift, Libby Holman, the 16-years-older actress with whom Clift was involved, "got into the so-called exotic states of consciousness in the twenties with Tallulah Bankhead...Paul Bowles recalled discovering a supply of 'very good grass' in a humidor in Libby's brownstone the day Allen Ginsburg and Peter Orlovsky came to call." Bosworth wrote of Holman's home during the time she and Clift were involved, "Marijuana, cocaine and mescaline were available at the Treetops."

According to Amburn, "Elizabeth sometimes ditched [second husband Michael] Wilding to slip off to Oscar Levant's Beverly Hills house with Monty, where the pianist serenaded them with Gershwin tunes as they whiled away afternoons and early evenings." Sounds like a pothead's dream date to me.

According to How to Be a Movie Star: Elizabeth Taylor and Hollywood by William J. Mann, Taylor suffered from a painful congenital anomaly of the spine,  and was shot up with drugs like novocaine and hydrocortisone, and given prescriptions for the painkillers Meticorten and Demoral, in order to keep her films like Giant shooting on schedule.

As a newlywed in Mexico, Taylor's husband Mike Todd had to carry her up to the roof to watch the fireworks tribute to the couple because she was recovering from a spinal fusion to treat a herniated disc. After Todd died in an airplane crash, his crony Fisher sent his despondent widow to Dr. Max "Feelgood" Jacobson, whose "vitamin injections" to the stars were filled with at least 30 mg of amphetamines combined with steroids, hormones, placenta and bone marrow.

It's a shame Taylor didn't live in a time when marijuana was more acceptable than the more harmful substances she seems to have used more frequently. On the set of Who's Afraid of Virginia Woolf she was encouraged to drink as much as her character did, and writer Ernest Lehman also suspected she was "taking something" to elevate her mood. Happy with the star's high-energy performance, Lehman wrote in his journal, "Whatever the pill is, I am very much in favor of it."

In 1989 Taylor appeared as the aging actress Alexandra Del Lago in a TV version of Tennessee Williams' play "Sweet Bird of Youth," in which a young hustler tries to smear Del Lago because of her hashish habit.

It's quite likely that Cleopatra used cannabis, as depicted in the more modern HBO series Rome (but not in Taylor's portrayal, though much incense was burned at altars therein).
Posted by Tokin Woman at 9:19 AM