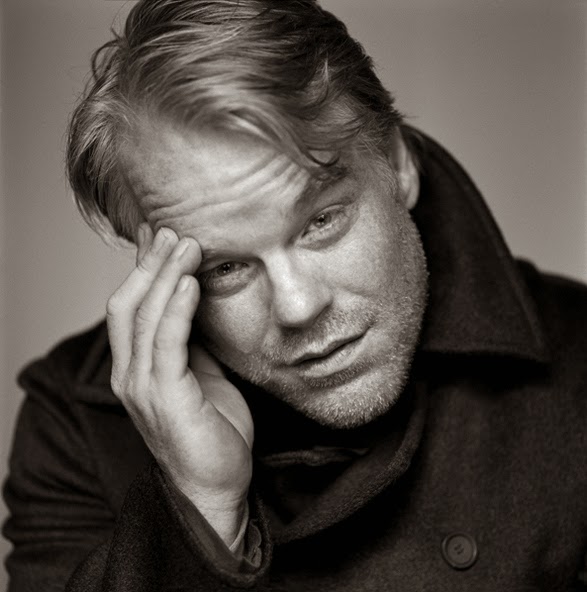 NPR's "All Things Considered" had an extensive story tonight about benzodiazepines, which are commonly prescribed for anxiety, and opioid drugs, which have been increasingly "co-prescribed" with "benzos" like Valium in the last several years. According to the story, 30% of opioid-related deaths also involve benzos, which contribute to the slowing of breathing that can kill heroin users.

The story was triggered by the news that the untimely and tragic death of Philip Seymour Hoffman was the result of just such a combination.

I recently re-viewed Hoffman in Almost Famous, in a key role as famed rock journalist Lester Bangs that he nailed with only an afternoon's preparation. The filmmaker has said he had no match, and it seems the world agreed. He's also great in The Talented Mr. Ripley, Charlie Wilson's War, and Boogie Nights (as well as, of course, Capote).

I was moved by the outpouring of grief for Hoffman after his death, and wonder if he knew while he was living how much he was appreciated. I really choked up when I read this piece in Elle about a woman who not-so-secretly wanted to marry him. I knew what she meant: Hoffman was a stoner girl's dream, projecting a kind of easy-going warmth and humility that are rarely seen in combination with the intelligence and prowess he possessed. Yeah, he was teddy-bear chubby and not-traditionally handsome, but, as one reviewer put it, "We can easily imagine Hoffman as an an amiably stoned anything." 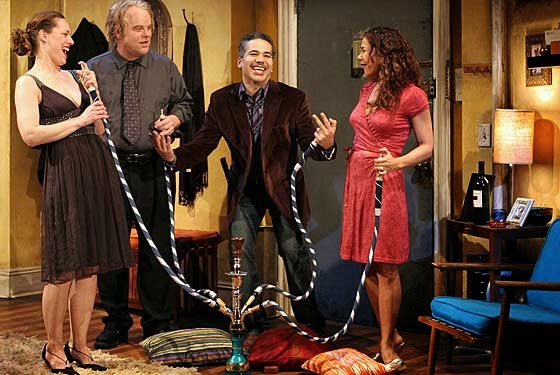 The only film he directed, Jack Goes Boating (pictured), was described (in play form) by the New York Times as "a gentle portrait of pothead losers in love."

"You're likely to leave the theatre with a contact high from the ripe pleasure that Mr. Hoffman and his castmates derive from portraying everyday eccentrics," wrote the newspaper's Ben Brantley, adding, "Most particularly, though, 'Jack' is about its title character’s pursuit of perfection, of talismanic, Zen-like moments to hold against life’s chaos."

The play featured a "stoned dinner party from hell" and "the most eloquent sex scene on any stage in New York." Variety reported, "Assuming the movie follows the play, Hoffman will sport blonde dreadlocks and spend a lot of time smoking a bong and pretending to be a Rastafarian."

Hoffman also attended the LA Shadow Convention, which had a strong anti-drug-war component, while filming Last Party 2000, a documentary he made about the 2000 presidential election.

NFLer Ricky Williams, a former Paxil spokesperson who used marijuana for his Social Anxiety Disorder, pronounced it "10 times more helpful than Paxil" as a confidence builder. Paxil is an SSRI (Selective Serotonin Re-uptake Inhibitor, meaning it mimics a low dose of LSD).

Meanwhile, California NORML is receiving another spate of desperate calls from patients whose doctors are heartlessly threatening to deny them their opioid pain medications because they use medical marijuana. This despite the fact that the US Veterans Administration announced in 2010 it would allow medical marijuana use by patients on opioid therapy. A recent study of 21 individuals with chronic pain concluded that “vaporized cannabis augments the analgesic effects of opioids without significantly altering plasma opioid levels. The combination may allow for opioid treatment at lower doses with fewer side effects.”

Geraldo Rivera issued a blistering commentary for Fox News Latino on the War on Drugs in the wake of Hoffman's death.

UPDATE 4/17: A new review study concludes "cannabis is both safer and potentially less addictive than benzodiazepines and other pharmaceuticals that have been evaluated as substitutes for alcohol." And another study finds a possible link between the use of SSRIs during pregnancy and autism.

One year later: Philip Seymour Hoffman Could Be Alive Today If The Drug War Was Over