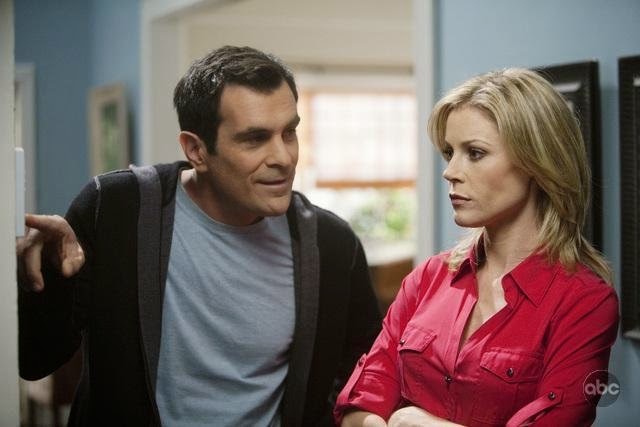 Tonight's Modern Family had a cute plot about the low-class marijuana dispensary owners who move next door to the uptight Claire and her doofus hubby Phil (pictured).

After their neighbors park a monstrous boat in their driveway against city code, Phil and Claire attempt to break (unleaded) banana bread with them and convince them to launch the vessel elsewhere. When negotiations break down Phil resorts to bringing his father to camp out with his RV on the street.

The plan backfires when Phil's dad (Fred Willard) and his senior buddies start partying with the offending neighbors. The next morning, the boorish boat owner buries the hatchet with Phil, only to find out Claire has "narced" them out. The episode might have been titled, "Can't we all just get a bong?"

Marijuana has popped up before on the show, as in this clip.