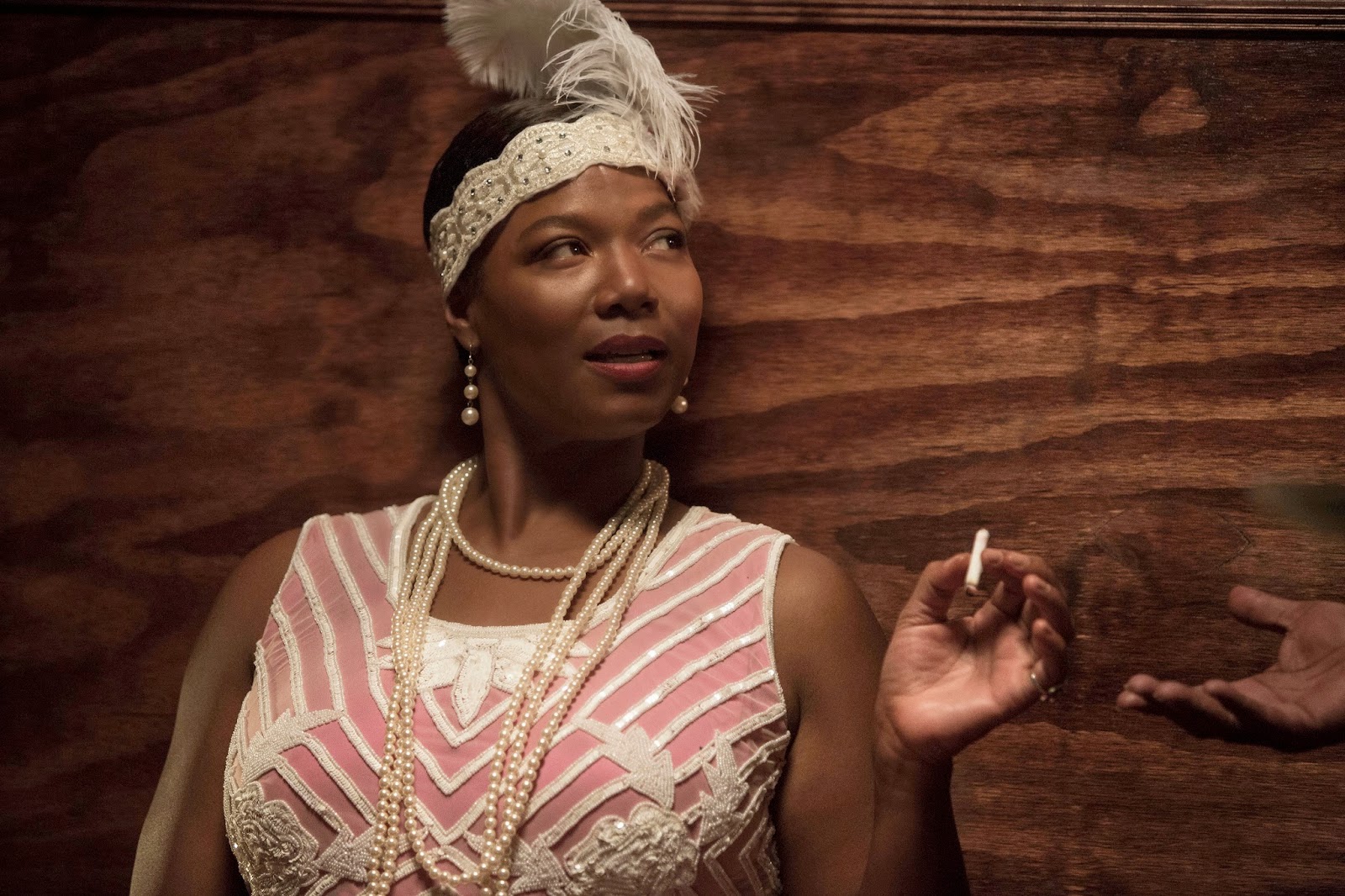 This is what I call near-perfect casting: Queen Latifah (pictured) playing Bessie Smith in the HBO biopic Bessie, to air this spring.


Born to a large, poor family in Tennessee, Bessie joined a traveling minstrel show at age 14 and was mentored by Ma Rainey. She was soon performing on stages all over the country as The Empress of the Blues. "She was unquestionably the greatest of the vaudeville blues singers and brought the emotional intensity, personal involvement, and expression of blues singing into the jazz repertory with unexcelled artistry," writes PBS on their Ken Burns Jazz page.

“Bessie Smith smoked ‘reefers’ throughout her career, as did many others in the music industry,” wrote Buzzy Jackson in A Bad Woman Feeling Good. “[S]he was more than merely famous, she was a living symbol of personal freedom: she did what she liked; she spoke her mind, no matter how outrageous her opinion; she flouted bourgeois norms and engaged in alcohol, drugs, and recreational sex.”

In 1933, Smith recorded “Gimmie a Pigfoot” featuring Benny Goodman and Jack Teagarden. In the last verse, instead of asking for a pigfoot, Smith sings, “Gimmie a reefer”:

Queen Latifah (aka Dana Owens) has graced the airwaves, films and TV since her groundbreaking 1989 debut All Hail The Queen set the standard for female rappers, and paved the way for future women in hip-hop to make their way onto the charts. Her standout performance in the 2002 film adaptation of Chicago earned her nominations for an Oscar, a Golden Globe, and a SAG Award. Her jazzy The Dana Owens Album was nominated for a Grammy in 2005, the year she hosted the awards show.

In 1996 she was arrested with marijuana and a gun in her car. The CHP officer who made the stop "asked Miss Owens if she had been smoking and she said yes."

Latifah was first offered the role of Bessie 22 years ago when she a "full-on rapper" who didn't know who Smith was. Now she says she identifies with her. "I know what it's like to play through the pain, to keep your head up...to immerse yourself in music," she said.
Posted by Tokin Woman at 10:55 PM