How The Irish Invented Slang (for Marijuana) 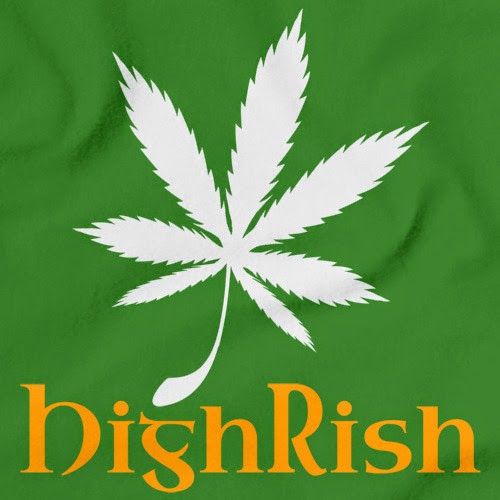 We all know that the Irish saved civilization (or so says the bestselling book by Thomas Cahill). Now comes the book, How the Irish Invented Slang, by Daniel Cassidy, who postulates that many slang words for which even the Oxford English Dictionary (OED) can't name the origin were in fact based on Gaelic.

After a friend died and left behind his Irish dictionary, Cassidy took his wife's advice and learned a word from it every night, soon noticing how similar the pronunciations were to slang words.

Flipping through the book in a bookstore (yes, they still exist), I came upon the word "Gage," the term by which Louis Armstrong so lovingly referred to marijuana. Cassidy proposed the word comes from the Gaelic word "Gaid," pronounced gad, gadge or gaj, and meaning twisted twigs, rope, or hemp.

That Armstrong would have picked up on this slang fits with Cassidy's matches for jazz terms with Irish ones, including "Jazz" itself, another word the OED has no clue about. Jazz is the phonetic spelling of the Irish and Gaelic word "teas," meaning "heat, passion, excitement, and highest temperature," Cassidy asserts.

Another slang term Cassidy connects to Irish is Hep or Hip, which is thought by some to come from opium smokers who sat on one hip. But its meaning "well-informed, knowledgeable, wise, in-the-know; smart, stylish" could some from a simple contraction of the Irish word "aibi," pronounced h-ab ("mature, quick, clever").

Grouch, which Chico Marx said related to a "grouch bag" in which the Marx Brothers carried marijuana, is also possibly from Irish origin, via the word "Craite" (tormented, troubled, vexed, pained; annoyed).

And finally "Dude," what stoners like to call each other, can be traced to the Irish "Dud" (pronounced "dood") meaning a foolish-looking fellow; a clown. See: How The Irish Invented Dudes.