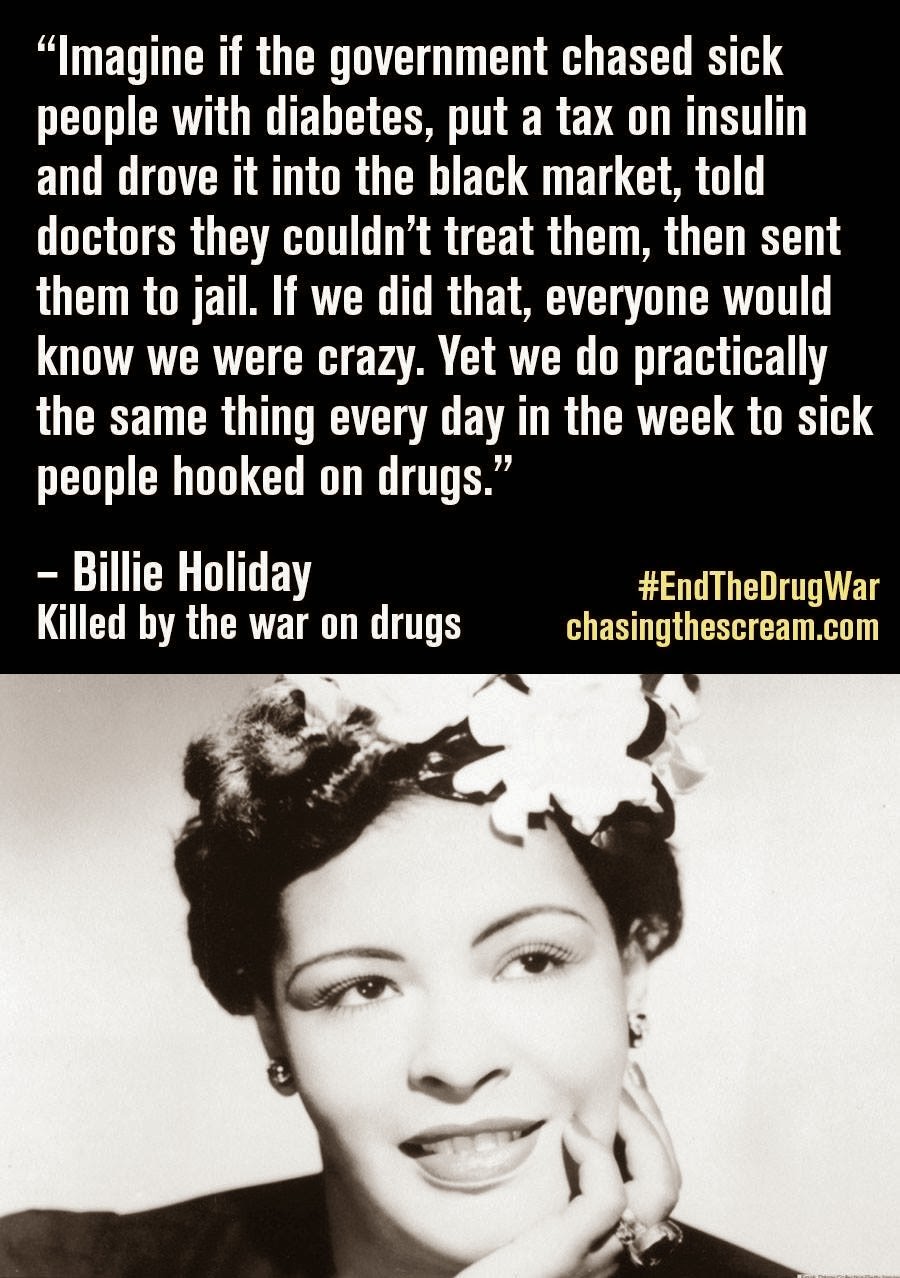 At the famous Café Society in New York City, "everyone in that group smoked pot," remembered trumpeter Doc Cheatham. "They had a little room off the bandstand and some, including Mary Lou [Williams] and Billie [Holiday], would smoke pot in there. They would put me outside the door in a chair smoking a pipe that would cover the fumes of the pot." (Source: Morning Glory, a biography of Williams by Linda Dahl).
John Szwed’s 2015 book, Billie Holiday: The Musician and the Myth, tells a story of the actor Charles Laughton and his wife Elsa Lanchester staying in New York with music producer John Hammond while Laughton cruised Harlem and met Holiday at the Alhambra Grill. Holiday took Laughton home to dinner with her mother Sadie, and “when he was leaving at dawn, he rather formally asked Billie if he might have 'some of those cigarettes to take to the ladies of London.' With the four hundred dollars that he gave her, she went around the corner to the apartment of white jazzman Mezz Mezzrow and bought every reefer he had. She fully expected that Laughton would share some of them with her, but he left without offering her even one stick.”
At a 1937 recording session, Hammond managed to convince a record company executive that the marijuana smoke he smelled wasn't a problem. The result was "considered among the greatest recording sessions in jazz history." Holiday's voice interplayed with VIP Lester Young's saxophone on "He Ain't Got Rhythm," "This Year's Kisses," "Why Was I Born" and "I Must Have That Man," and lead to a lifelong collaboration.

ANSLINGER TARGETS HOLIDAY
Holiday was hunted down by no less than Harry J. Anslinger, the first and longtime "drug czar" who engineered laws and international treaties banning marijuana. According to newly published research by Johann Hari, Holiday got  her first threat from Anslinger's FBN (Federal Bureau of Narcotics) after she recorded "Strange Fruit," a lament against lynching, in 1939. Anslinger assigned agent Jimmy Fletcher to track Holiday's movements; he tried nailing her but ended up becoming an admirer. "She was the type who could make anyone sympathetic because she was the loving type," wrote Fletcher. 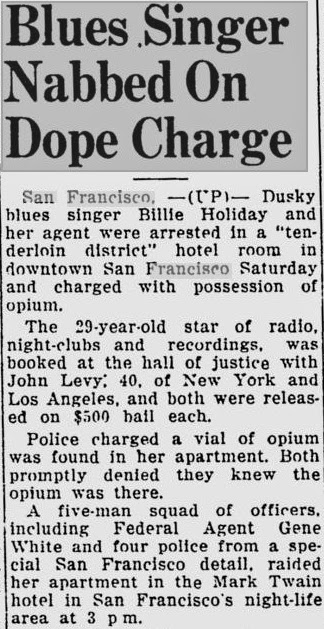 But the persecution didn't stop there. Anslinger sent another agent, George White, to stalk Holiday in San Francisco, possibly planting drugs in her hotel room as he had with other women. “The hounding and the pressure drove me,” she wrote, “to think of trying the final solution, death.” Although a jury found her not guilty, the ordeal took a toll on her reputation and her health. Nonetheless, she refused to stop singing "Strange Fruit" even though other singers were too intimidated to do so.
Szwed's book mentions Tokin' Woman Tallulah Bankhead’s unsuccessful attempt to intervene personally with J. Edgar Hoover to exonerate Holiday of drug charges. It characterizes Holiday’s autobiography Lady Sings the Blues as the first cautionary tale of drugs by a celebrity, which she wrote in part so that she could get her cabaret card back and appear in clubs that served alcohol. The “gimmick” to sell it as a confessional backfired when it left her with “a life reduced to drugs.” The Laughton story, and others involving celebrities, e.g. Orson Wells, were omitted from the book due to objections from the publisher (and Bankhead).

At the age of 44, Holiday was hospitalized after collapsing, and was arrested again when narcotics agents claimed they found a small amount of heroin in her room. Pressuring her to reveal her dealer, agents confiscated her record player, radio, candy, and flowers and handcuffed her to her bed. Two policeman stood at her door and turned away friends who tried to visit. Suffering from cirrhosis of the liver, Billie was once more forced to withdraw from heroin without treatment. She died in her hospital bed on July 15, 1959.
Posted by Tokin Woman at 3:09 PM