Spotted in Downton Abbey Season 3, episode 4: Lady Sybil and her Irish revolutionary boyfriend get into trouble, over which her father pulls strings to get them off the lam. "They're afraid with Sybil they'll have another Maud Gonne on their hands," he says. 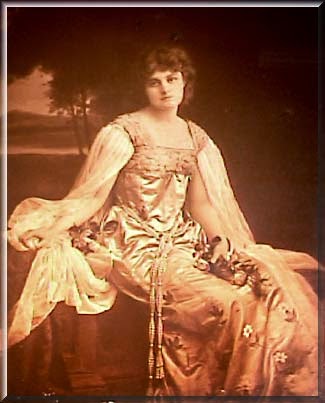 "I had never thought to see in a living woman so great beauty. It belonged to famous pictures, to some legendary past," is how William Butler Yeats described the young Maud Gonne (1866-1953). Yeats proposed marriage several times to Gonne, and the two remained lifelong friends and compatriates in the Irish nationalist cause despite her refusals.

A young sophisticate who attracted the attention of the Prince of Wales at her coming-out party (pictured) and traveled throughout Europe. Shortly afterwards Gonne had her political awakening, and schooled herself in Irish history and Gaelic when she "witnessed with her own eyes, the brutal evictions, the unjust imprisonment of some of her friends" in Ireland under English rule. After her father died when she was 20, the statuesque (six-foot-tall) beauty tried her hand as an actress to earn a living until she discovered she was a wealthy heiress.

She traveled to Constantinople where she wished to experience the "real life of the East," but found it closed to her as a woman. In France, "she developed an oratorical style remarkable even in a country famous for its rhetoric," wrote Nancy Cardozo in Lucky Eyes and a High Heart, The Life of Maud Gonne. "She wrung tears from cynical politicians and sous from the pockets of students who adopted the eloquent young beauty and carried her off to speak to Republican and Catholic societies in the provinces...A thousand people gave her a standing ovation in Bordeaux." Over 2000 articles were published about her speeches in 1892 in France alone.

"What a singular scene," Yeats wrote that year. "This young girl of twenty-five addressing that audience of politicians, and moving them more than all their famous speakers although she spoke in a language not her own." Yeats compared her to Oscar Wilde's prodigious mother, known as Speranza. 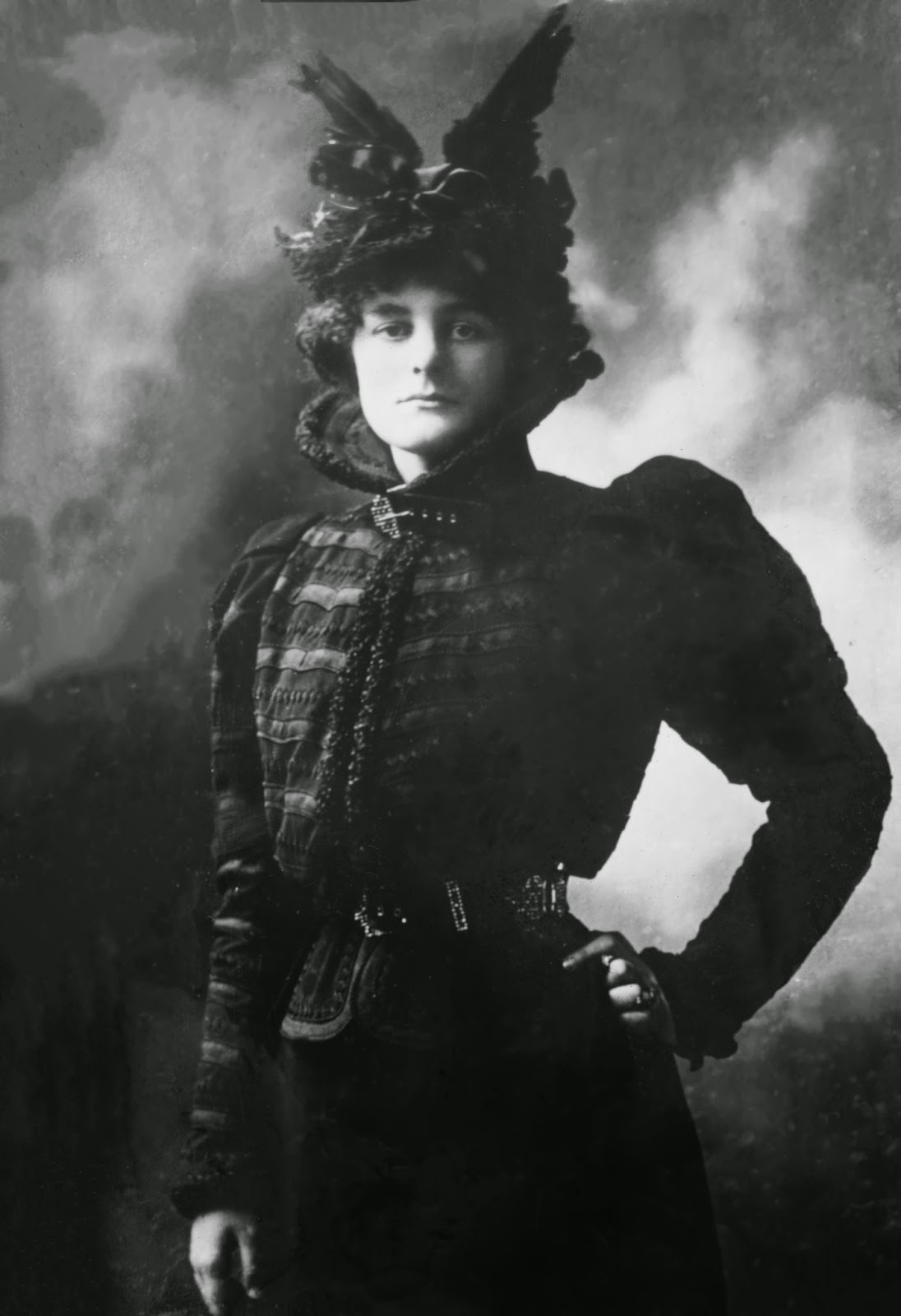 Yeats took Gonne to a meeting of the Theosophical Society and introduced her to Madame Blavatsky, near the end of her life. Together Gonne and Yeats took hashish in Paris in 1894 in "an attempt to make themselves telepathic"; later they experimented with mescal given to Yeats by Havelock Ellis.

"I have to thank you for the dream drug which I have not tried as yet being very busy & having need of all my energy & activity for the moment but I mean to try it soon," Gonne wrote Yeats in April or May 1987. She was probably referring to hashish, or mescal.

Gonne's image was used in an ad for Vin Mariani, the coca-laced wine that had many famous enthusiasts. She said of it, "Your coca-wine by fortifying my voice will allow me make my beloved country better known." She used chloroform for insomnia, and the story goes that, substituting cannabis for her insomnia instead, had awoken one night to find herself apparently translated to the bedside of her sister Kathleen.

At one point, Gonne had a vision of she and Yeats in a past life "when they were brother and sister, sold into slavery in the Arabian desert and traveling together across endless sands." Having lost a child, Maud hoped her son might be reincarnated and asked Yeat's friend, the painter known as AE, how soon after its death a child might be reborn. Using cabalistic rituals Yeats had learned in the Golden Dawn, Maud "had a vivid encounter. She had been a priestess in ancient Egypt and had given false oracles for money under the influence of a priest who was her lover...AE received a similar vision of her in Egypt....Maud did not question her own clairvoyance."

Gonne raised two children and her "concern for her children and pleasure in sharing her love of children with her women friends is very evident in all her correspondence," wrote her biographer Margaret Ward.

On Easter 1900, Gonne founded the Daughters of Ireland, a revolutionary women's society for Irish nationalist women who, like herself, were considered unwelcome in male-dominated societies. In 1918, after the Irish Free State was established and Yeats named a Senator and a Nobel laureate, Gonne was arrested in Dublin and imprisoned in England for six months. "The day before her arrest she wrote to say that if I did not denounce the Government she renounced my society for ever," wrote Yeats. Gonne participated in a hunger strike while incarcerated, and used her experiences to further publicize the scandalous prison conditions.
Posted by Tokin Woman at 9:09 PM