Beauty in a Bhang-Leaf Bikini 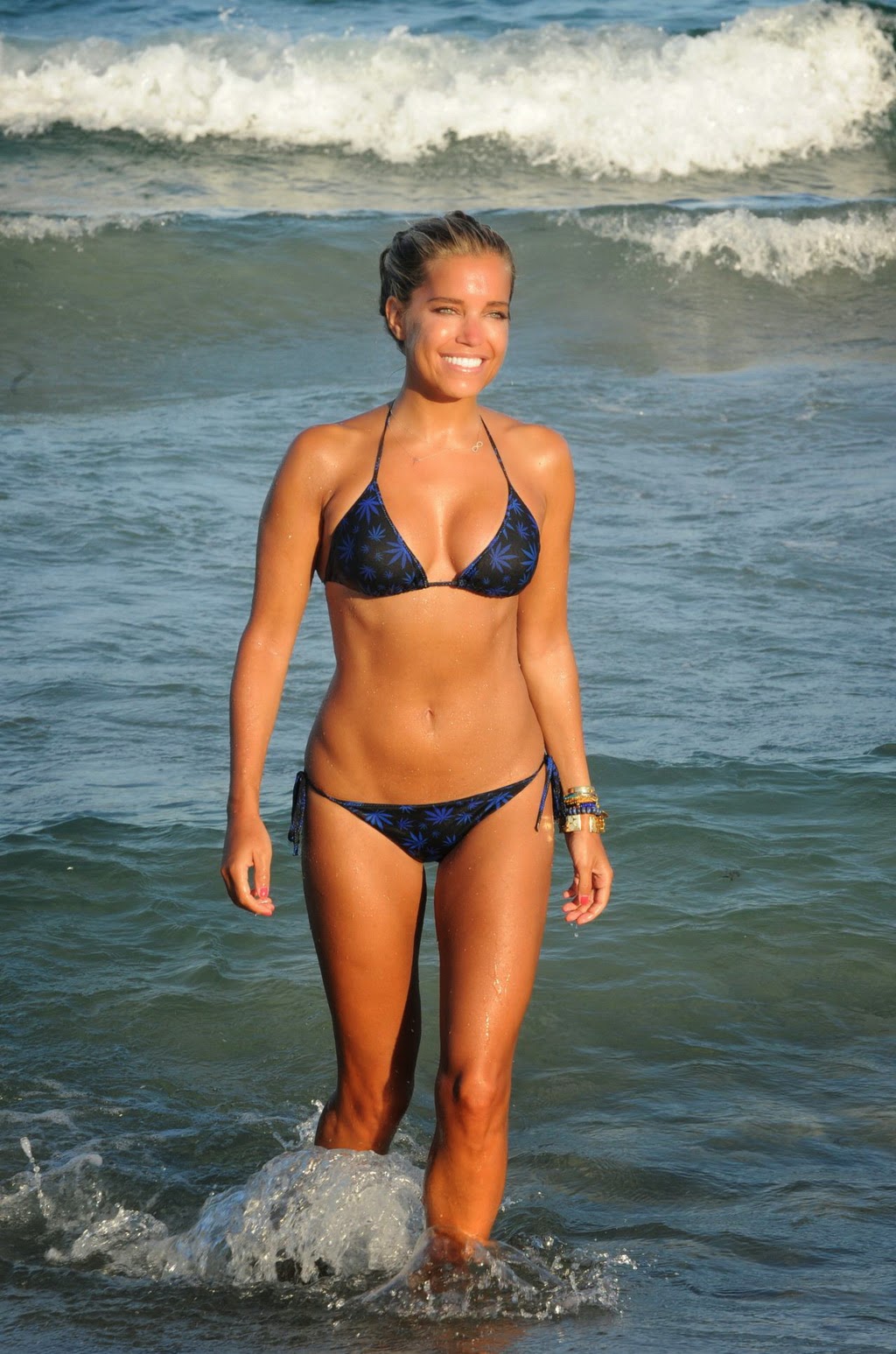 Dutch model and TV personality Sylvie van der Vaart (aka Sylvie Meis) has been spotted in a pot-leaf bikini (left).

Sylvie may have a medical reason to celebrate marijuana. According to Wikipedia, she was diagnosed with breast cancer in 2009 and underwent surgery and chemotherapy. She reports she is now cancer free.

The bikini's fabric, with blue pot leaves, looks rather like the pot-leaf tie worn by Robin Williams on a 2012 TV appearance.

Hempy Summer, everyone.
Posted by Tokin Woman at 9:10 PM