Grace and Frankie Take a Trip

UPDATE 10/15: Both Tomlin and Fonda are included in the new book Tokin' Women: A 4000-Year Herstory. 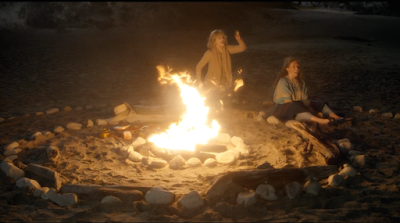 Tokin Women Lily Tomlin and Jane Fonda, who intelligently addressed pot smoking as a means of empowering women in 9-5, have teamed up again for the Netflix series Grace and Frankie, along with Friends co-creator Marta Kauffman. In it, Tomlin and Fonda play 70-something women whose husbands (Martin Sheen and Sam Waterston) suddenly announce they're in love and want to marry each other.

The first episode was a revelation. Tomlin's character Frankie, after attempting to squash her heartbreak with junk food, alcohol and cigarettes, instead finds some peyote buttons in her freezer and begins a vision quest. As the clip shown on The Tonight Show with Jimmy Fallon reveals, Fonda's uptight character Grace accidentally joins in the experience and is told, "Brace yourself for some light vomiting, followed by life-altering hallucinations." 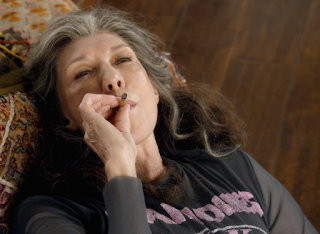 In Episode 4, Christine Lahti guests, and the exchange is:
Grace: “All your clothes reek of pot.”
Frankie: “Because I wear hemp and not dead snakes on my feet.”

Next, in Episode 5, Frankie is shown rolling a joint and then smoking it with Grace's daughter Brianna. "How did you survive her?" Frankie asks, meaning Grace. "This helped," is the reply (meaning the marijuana). Grace confronts her fears about the "drugs" that Frankie prefers.

All 13 episodes of Grace and Frankie are now available for binge-watching on Netflix.
Posted by Tokin Woman at 8:43 AM