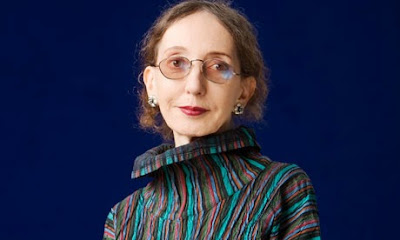 It's a good day when I pick up a book in a bookstore and find that one of my favorite authors has written a short story about marijuana.

The 2013 anthology titled The Marijuana Chronicles (edited by Jonathan Santlofer and published by Akashic Books) contains a story simply titled "High" by none other than Joyce Carol Oates.

"High" is a story about an elderly widow named Agnes who takes to smoking pot after her husband dies:

Self-medicating you might call it.
Though she hated the weakness implied in such a term -- medicating!
She wasn't desperate. She wasn't a careless, reckless or stupid woman. If she had a weakness it was being suffused with hope....
She thought, I will get high now. It will save me.

A niece teaches Agnes to smoke, and asks:

Hey, Auntie Agnes! How're you feelin'?
She said she was feeling a little strange. She said it was like wine—except different. She didn't feel drunk....
She was feeling warm, a suffusion of warmth in the region of her heart. She was laughing now, and coughing. Tears stung her eyes. Yet she was not sad. These were tears of happiness not sadness. She felt—expansive? elated? excited? Like walking across a narrow plank over an abyss.

Smoking marijuana seems to help Agnes move past the pain of her husband's death, and her suicidal thoughts of joining him. It gives her courage, she says, to open a new chapter of her life (or so it seems at the story's end) by looking up a former writing student—a black man who was in prison when she taught him—partly because she thinks he may be able to supply her with pot. 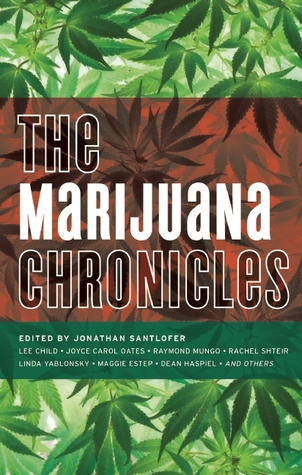 Oates became interested in reading at an early age and remembers a gift of Lewis Carroll's Alice's Adventures in Wonderland as "the great treasure of my childhood, and the most profound literary influence of my life." (She probably wondered what the caterpillar was smoking.)

She has published over 40 novels, as well as a number of plays and novellas, and many volumes of short stories, poetry, and nonfiction. Her novel them about inner city Detroit won the 1970 National Book Award for Fiction. Because It Is Bitter, and Because It Is My Heart also deals with themes of racial tension.

A recipient of the National Humanities Medal, Oates retired last year at the age of 74 after teaching creative writing at Princeton for 35 years. Recently, she spoke at CalTech, along with her neuroscientist husband Charlie Gross.