Gossip Girls Having Sex in the City (sans Pot, for the most part) 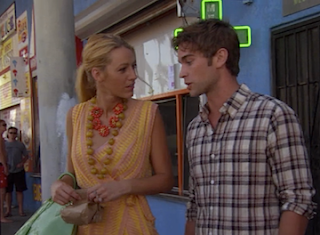 Oh, what I do for research.

I've just watched nearly every episode of Gossip Girl looking for marijuana and have come up nearly empty. I got hooked by the first episode where bad boy Chuck shares a joint with his buddy Nate. (The girls are apparently off gossiping, missing out on the fun.) The plot sickens when Chuck nearly date rapes an underage girl at a party, but his character is later redeemed when he finds his love for the scheming, goody-two-shoes Blair (who would truly benefit from chilling out with a phatty).

In a later episode, Serena (Blake Lively) is seen coming out of a Venice pot club, bag in hand, also with Nate (pictured). But rather than smoking it herself, turns out she's been tricked into procuring it for someone on the movie set she's working on, almost leading to the project's demise. Although all the Gossip Girl characters drink, Lively's been quoted saying she neither drinks nor does drugs, and her character is always trying to clean up her act. 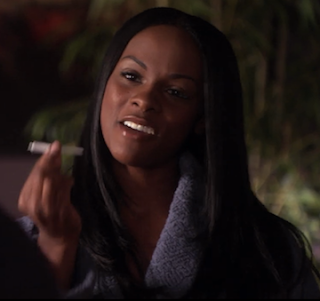 Nate (played by Chace Crawford, who's been popped for pot) is joked about throughout as the stoner of the group, and in Season Four he turns on Raina Thorpe (played by Tika Sumpter, left), the only black Gossip Girl (I guess pot is deemed OK for ethnic groups).

In the Season Four crescendo, Serena's mother Lily is heading to prison (or what turns out to be an ankle bracelet worn in her penthouse) for sending an innocent man to the big house. Her sister Carol, offering support, promises to visit her inside and bring her some pot brownies. 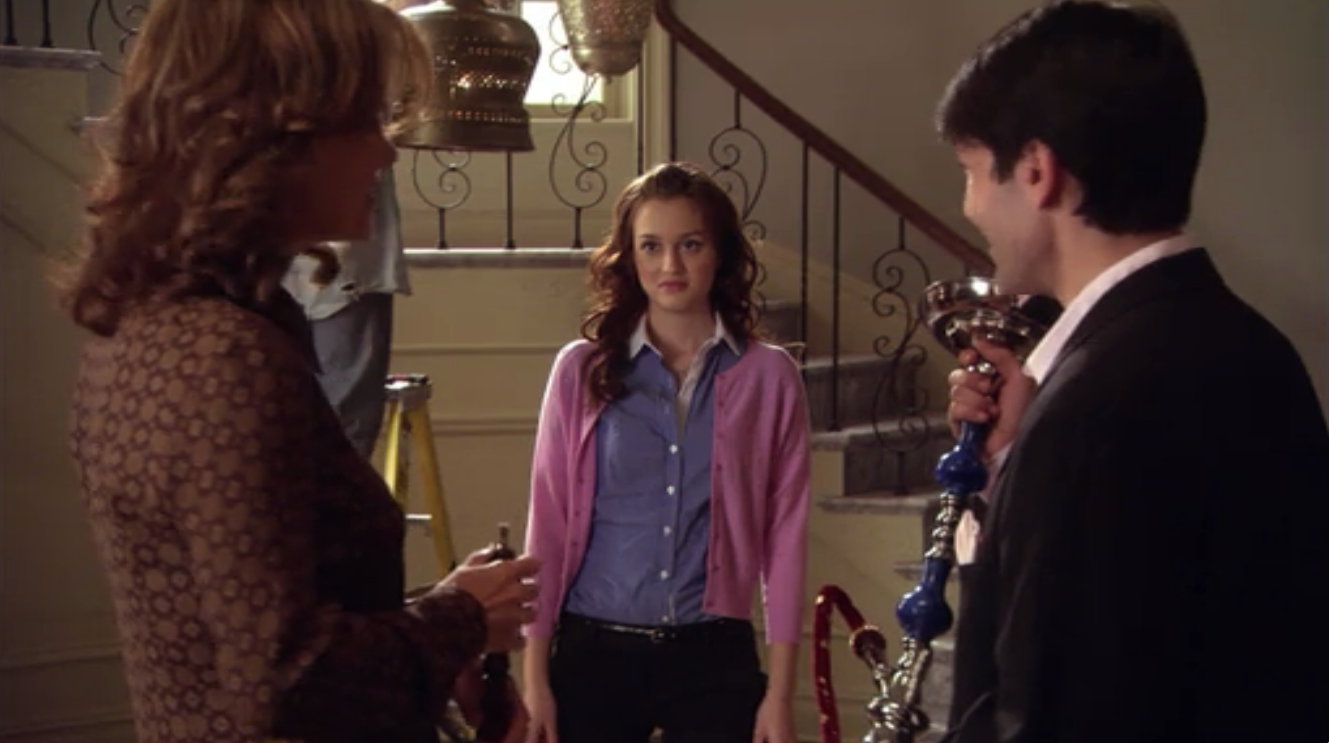 In another episode, Blair's mother hosts an Arabian-themed party, complete with hookahs, to which her daughter turns up her pretty little nose. Blair is played by the multitalented Leighton Meester, who was born in prison while her mother was serving a 10-year sentence for smuggling marijuana from Jamaica.

It makes me think that writers and producers take seriously Hollywood's requirement that marijuana must have negative consequences to be included in the plot. The standard was revealed when the Meryl Streep movie "It's Complicated" got slapped with an "R" rating in 2009 because her character smokes pot and nothing terrible happens to her. Reportedly Streep also smoked medicinal pot in One True Thing, a film in which she plays a cancer patient who takes her own life with an overdose of morphine (I guess that consequence was bad enough for the censors). 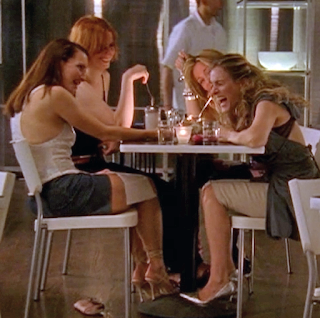 Marijuana showed up in a couple of episodes in Sex in the City (1998-2004), notably one called "The Post-It Note Always Sticks Twice" (Season 6, Episode 7) wherein Carrie (Sarah Jessica Parker) is broken up with by her boyfriend via a post-it note. To cheer her up, Samantha procures a joint and the two smoke it on the street.

Soon a cop comes by and begins arresting Carrie, but her friends talk him out of it when the post-it is offered as evidence of the bad day she's had. Giggling and jokes about bogarting that (banana) split ensue (pictured), and Parker actually does a good job acting like a stoner. In the following episode she decides "it was time to leave fear behind and have some fun," so she tries the trapeze.

Carrie smokes cigarettes on the show, tries to quit for a boyfriend, and goes back to the man she can share cancer sticks with. The show has been cited as a reason young women are drinking so much, and Kristin Davis, who played the good girl Charlotte on the series has said she's a recovering alcoholic. Nothing other than an occasional, amusingly presented hangover is ever shown as a negative consequence of alcohol, and I'm guessing the Carrie Gets Lung Cancer From Her Nicotine Habit episode won't be a sequel either. (NORML's Paul Armentano just re-debunked links to cannabis smoking and cancer.)

Samantha (played by Kim Cattrall), the naughtiest girl on the series, is the one who gets breast cancer on the show. In the second Sex in the City movie (2010), Samantha smokes a hookah in Abu Dhabi and encounters some very bad consequences indeed when the girls are all deported after she has sex on the beach. Parker's been making noises about a third installment; let's hope no one will have to get sick in that one to enjoy the safer substance.
Posted by Tokin Woman at 8:15 AM